North Carolina Gov. Pat McCrory on Monday filed a lawsuit to stop the Department of Justice from blocking the state’s controversial bathroom law, saying that it was up to Congress and the courts to “clarify” federal discrimination guidelines.

The lawsuit, filed in a federal court in North Carolina, came hours after the Justice Department sued the state over the law, which bars transgender people from using public restrooms.

In an interview with PBS NewsHour’s Judy Woodruff on Monday, McCrory said in filing the lawsuit the state was “seeking clarity in the judicial system to further identify gender identity, and gender identity’s usage” in determining access to public bathrooms.

“It’s a very complex and emotional issue and I think the courts are the right way to do it,” McCrory said.

McCrory, a Republican who is up for re-election this year, and other supporters of the law have argued that it protects the privacy of people who do not want to share a public bathroom with a transgender person.

The state legislature passed the law, known as House Bill 2, in March in response to a measure enacted by the city of Charlotte that allowed transgender and gay people to use public restrooms of their choice.

The law sparked a fierce debate. Sen. Ted Cruz of Texas embraced the law before dropping out of the presidential race last week. But the measure was slammed by critics in North Carolina and across the country — including the company PayPal, which canceled plans to open a new operations center in the state. 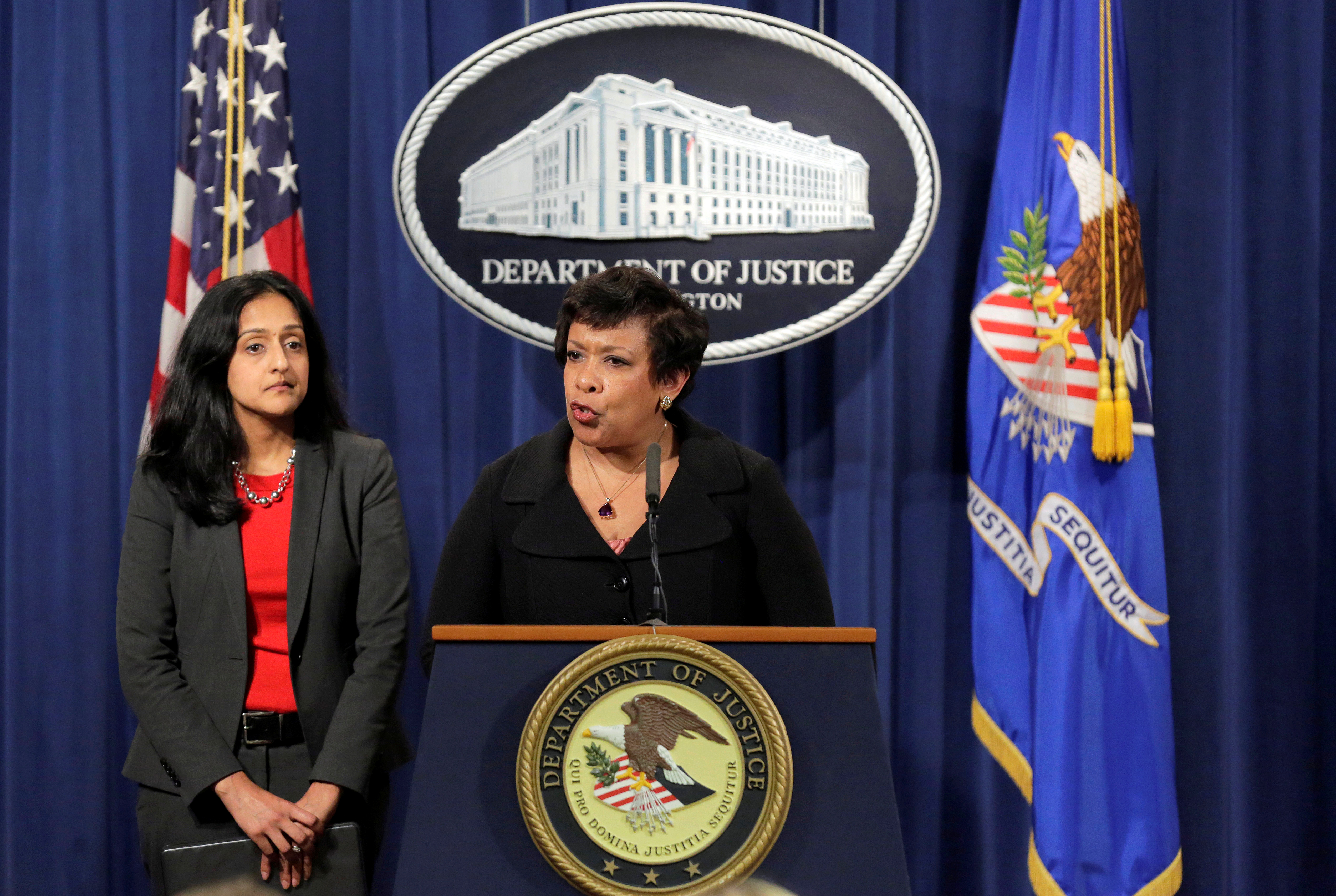 On Monday, the Justice Department filed a lawsuit in a separate federal court in North Carolina claiming that the law violated Title VII of the Civil Rights Act. In a press conference, Attorney General Loretta Lynch called the law a “pretext for discrimination.”

“None of us can stand by when a state enters the business of legislating identity,” Lynch said.

But McCrory, in the PBS NewsHour interview, disagreed, saying Lynch’s argument was couched in “extremely divisive rhetoric, and dangerous rhetoric.”

“I acknowledge we need to work this out,” McCrory said, but “this needs clarity by the courts and the U.S. Congress.”