North Carolina’s new Democratic governor was sworn in only three days ago. But Roy Cooper is already embroiled in a power struggle with the Republican-controlled legislature, which voted last month to curb his power before he even took office.

The legislature’s moves are not unprecedented in a state where both parties have long battled each other for power. But the controversial new laws — which limit Cooper’s control over state and county elections boards and its powerful university system — are unusually aggressive even by North Carolina’s standards, and could become a playbook for future power grabs by other state legislatures around the country.

Cooper slammed the elections board law last week, calling it “unconstitutional and anything but bipartisan.” A state judge temporarily blocked the law last Friday, after Cooper filed a lawsuit arguing the measure violated the state’s separation of powers.

The governor struck a more conciliatory tone at his swearing-in ceremony on Monday. “I know and I am confident that although we may come at it from different ways, other leaders in this state and I can work together to make North Carolina its very best,” Cooper said.

But Cooper has vowed to continue fighting the law, ensuring that his relationship with the GOP-run legislature will get off to a rocky start after a fierce election between Cooper and former Republican Gov. Pat McCrory.

The laws speak “to the fact that we have a legislature that is pretty much unaccountable.”

And if Cooper fails, he’ll lose significant authority over North Carolina’s elections and education systems — a win for Republicans and McCrory, who signed the bills in a special session in his last days before leaving office.

The education-related law, HB17, subjects the governor’s cabinet appointments to senate approval, and strips the governor’s power to appoint members to the boards of trustees of the University of North Carolina’s schools. It also decreased the number of state employees under the governor’s control from 1,500 to 425.

The number of employees increased to 1,500 from about 400 after McCrory, a former mayor of Charlotte, was elected in 2012.

The elections boards law, SB4, changed the makeup of North Carolina’s influential state and county elections boards.Since 1901, the governor has appointed a majority of the members of both boards — three of the five seats on the state board, and two of the seats on the three-member county board.

Taken together, the laws, combined with a veto-proof Republican supermajority in the legislature, hamstring Cooper’s power in key areas across the state.

Of course, some or all of the measures could be overturned. And North Carolina has always had a strong legislative branch and a weak governor to protect against executive power, said Bob Phillips, the executive director of the advocacy group Common Cause.

Nonetheless, the laws speak “to the fact that we have a legislature that is pretty much unaccountable,” Phillips said.

It also reinforced the deep partisanship on display in the gubernatorial election, which was dragged out by a month-long recount and allegations of voter fraud by McCrory, who conceded on Dec. 5.

In his concession announcement, McCrory vowed to “help the new administration make a smooth transition.” But then he signed HB17 and SB4 into law less than two weeks later, drawing fierce criticism from Democrats and government watchdog groups.

As criticism has grown, Republicans have defended the laws, and attacked Cooper for suing to retain majority control of the elections boards. Last week, Republican Senate Leader Phil Berger said the suit represents Cooper’s own grab for power.

“Given the recent weeks-long uncertainty surrounding his own election, the governor-elect should understand better than anyone why North Carolinians deserve a system they can trust [that] will settle election outcomes fairly and without the taint of partisanship,” Berger said.

Under the state constitution, the General Assembly is “authorized to define the authority of the governor,” and had every right to make the proposed changes, said Becki Gray, a senior vice president of the John Locke Foundation, a leading conservative think tank in North Carolina.

Still, veteran political observers in the state said the laws represented a break from tradition.

“Shifting some power away from the executive branch towards the legislative branch, when the legislature has power to do that, I think that’s reasonable,” said Steven Greene, a political science professor at North Carolina State University.“What I don’t think is reasonable, and it’s a very bad precedent, is to do that right in the context where you’ve lost an election.” 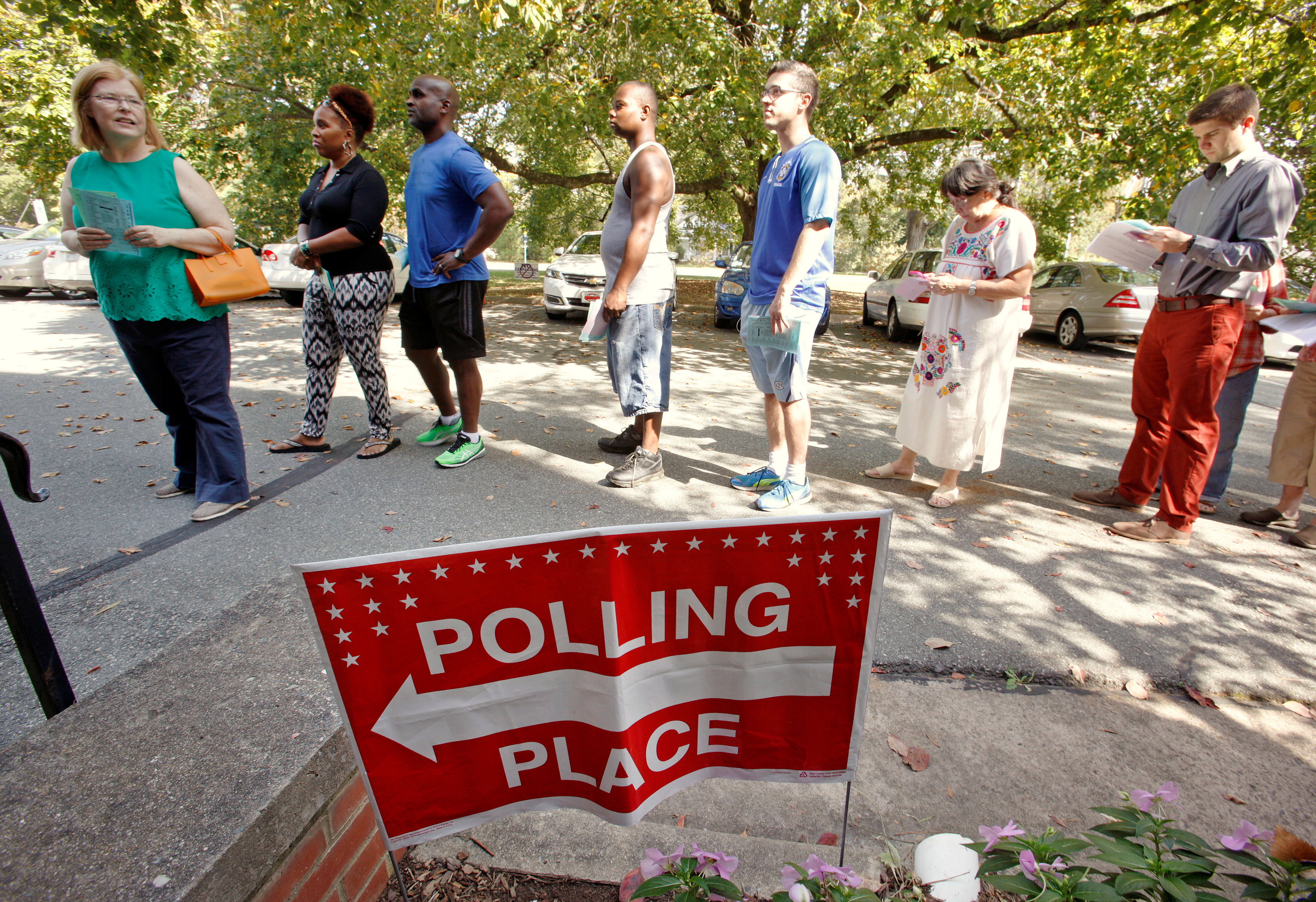 Critics are especially concerned about the elections boards law.

County election boards decide voting rules at the county level. When they can’t agree, the state election board steps in to settle disputes. If the state board doesn’t reach a majority consensus, the issue moves to the state Court of Appeals, which is majority Republican. Under SB4, the court now has a role in deciding constitutional challenges to state laws.

Equal party representation on elections board could lead to increased gridlock, Phillips said, impacting rules around issues like early voting and same-day registration.

In September, the majority-Republican state elections board rejected some of the more restrictive measures, though opponents argued the decision left in place some rules aimed at reducing Democratic turnout. Two months later, Donald Trump won the state with 49.8 percent of the vote, edging out Hillary Clinton by two points.

With the fight between Cooper and GOP lawmakers under way, Republicans have cited past Democratic efforts to curb their power in North Carolina elections.

“There is partisan maneuvering that goes on. The question is, when does it become excessive?”

“The game of politics, as far as I know, is still played on the basis of ‘to the victor belong the spoils,’” Joe Pell, a former Hunt adviser, told the News & Observer last month.

And in 1985, Democrats capped the amount of employee positions under incoming Republican Gov. Jim Martin.

“There is partisan maneuvering that goes on. The question is, when does it become excessive?” said Bob Hall, the executive director of Democracy North Carolina, a nonpartisan group focused on increasing voter participation. “I think it’s also clear that what happened here at the end of 2016 is far more excessive, far bolder and more aggressive than anything the Democrats have done in the past,” Hall added.

As the debate over the laws has swirled, experts said the fight could presage future power-sharing conflicts in North Carolina and beyond.

“Partisan leaders are testing the winds of what their populations will tolerate and what they’re going to get payback for in the next election,” Hall said. “Because if they go too far, people will vote them out as being too greedy and selfish.”

Greene said the GOP’s maneuvering could set a “concerning precedent” for the state going forward. The next test will come if Cooper loses his re-election to a Republican, and state Democrats have a chance to return the favor.

“When the situation flips, I think there will be a lot of pressure on Democrats to push things I would consider too far,” Greene said.

Left: North Carolina Attorney General Roy Cooper, a Democrat, has condemned his state's Republican-sponsored voter ID law and constitutional amendment to ban same-sex marriage. But in his position he must defend the state against lawsuits on both issues. (Takaaki Iwabu/Raleigh News & Observer/MCT via Getty Images)