Maryland Gov. Larry Hogan on the riots affecting Baltimore following the funeral of Freddie Gray, a 25-year-old black man who died while in police custody April 19. We will live stream press conferences as they occur from Baltimore in the player above.

At a press conference in Baltimore on Tuesday, Maryland Gov. Larry Hogan addressed the riots that have been affecting the city. Hogan declared a state of emergency and activated the National Guard on Monday evening in response to the violence that followed the funeral of Freddie Gray, a 25-year-old black man who died of a spinal cord injury while in police custody.

The governor told reporters that he had taken preliminary actions to prepare for violence in the city well in advance, but had waited until Baltimore Mayor Stephanie Rawlings-Blake requested that a state of emergency be declared. “We didn’t think it was appropriate to come in and take over the city,” Hogan explained.

President Barack Obama said Monday that he is pledging the federal government’s help to respond to riots that have broken out in Baltimore following the funeral of Freddie Gray.

The White House said Mayor Rawlings-Blake updated Obama on the situation and that Obama told her his administration would provide assistance as needed. Obama’s senior adviser also spoke Monday with Gov. Hogan.

The White House said Obama also discussed the rioting with Attorney General Loretta Lynch, who was sworn in hours earlier. 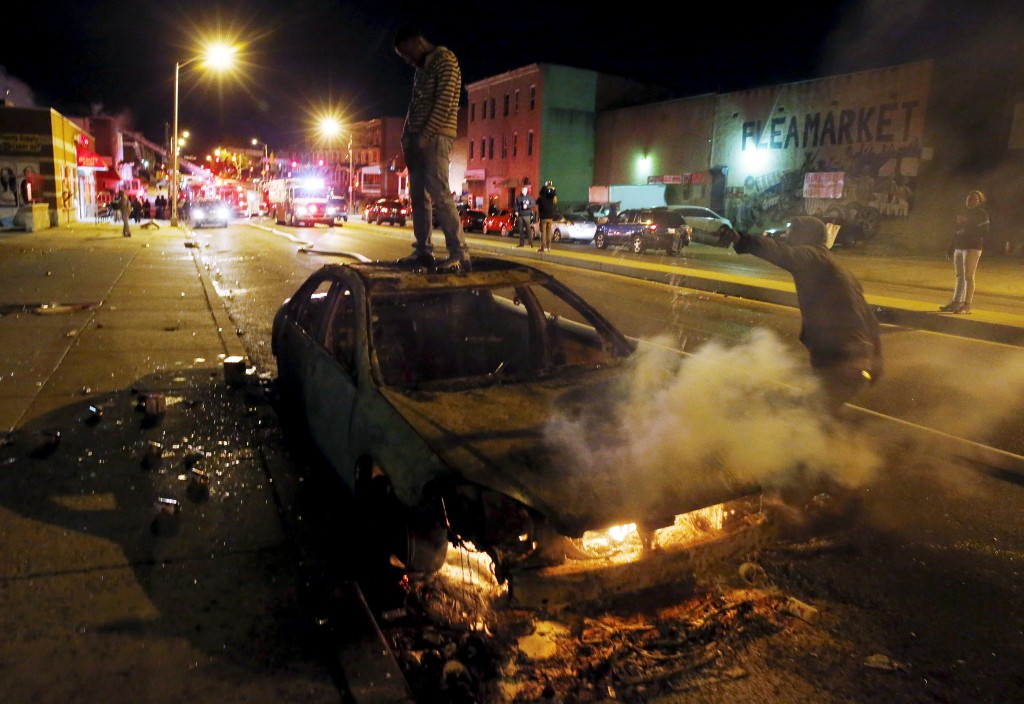 A rioter stands atop a burning car while Baltimore firefighters attend to multiple burning buildings set ablaze by rioters during clashes in Baltimore Monday night. Maryland Governor Larry Hogan declared a state of emergency and activated the National Guard to address the violence in the city after the funeral of a black man, Freddie Gray, who died in police custody. Photo by Jim Bourg/Reuters

Obama and Lynch met in the Oval Office while violent scenes of rioting in Baltimore played out on television. Gray died April 19 after suffering a mysterious spinal injury while in police custody. The Justice Department and local authorities are investigating.

WATCH LIVE: Your questions about mental health in the midst of coronavirus, answered by an expert

What ‘recovered from coronavirus’ means

By Tom Duszynski, The Conversation