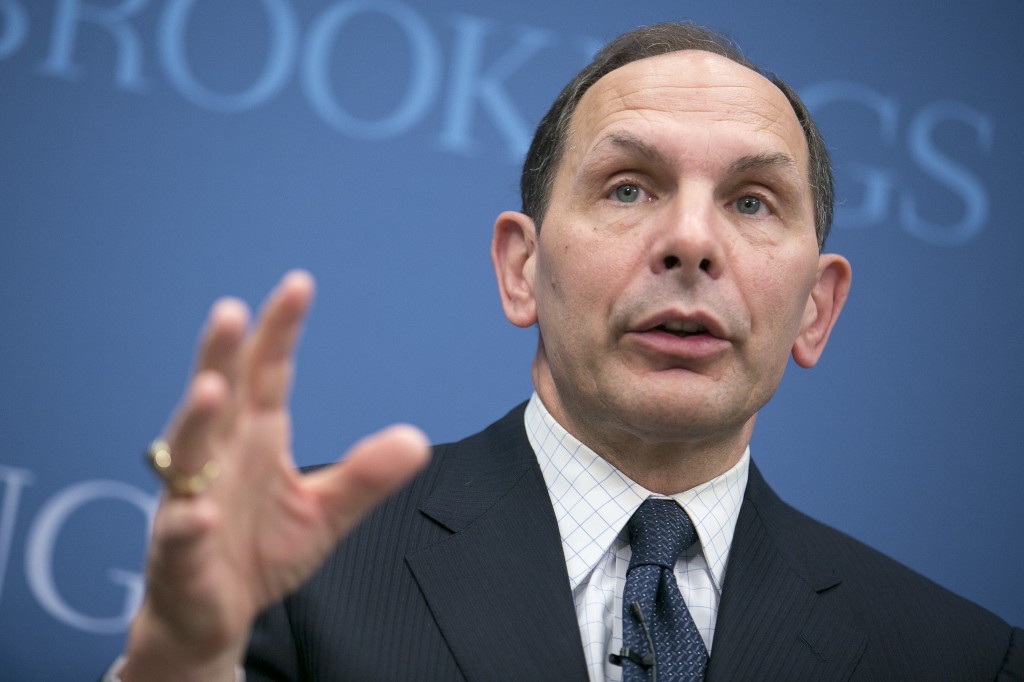 Obama planned to nominate McDonald to the Cabinet post on Monday, the White House said. If confirmed by the Senate, the 61-year-old McDonald would succeed Eric Shinseki, the retired four-star general who resigned last month as the scope of the issues at veterans’ hospitals became apparent.

McDonald’s nomination signals that the president put a premium on management experience as he sought a new VA secretary. McDonald also has a military background, graduating near the top of his class at the U.S. Military Academy at West Point and serving as a captain in the Army, primarily in the 82nd Airborne Division.

“Having somebody that has experience in the military, has strong bipartisan support for taking the job, and has a proven track record of implementing changes in large organizations to great effect makes him the right choice for this task,” said White House spokesman Josh Earnest.

McDonald resigned abruptly from Procter & Gamble in May 2013 amid pressure from investors concerned that he was not doing enough to boost the company’s performance.

McDonald, who had spent 33 years at the consumer products giant, said at the time of his retirement that he believed constant speculation about his job status had become too much of a distraction to the company.

The VA operates the largest integrated health care system in the country, with more than 300,000 fulltime employees and nearly 9 million veterans enrolled for care. But the agency has come under intense scrutiny in recent months amid reports of patients dying while waiting for appointments and of treatment delays in VA facilities nationwide.

Obama dispatched one of his top advisers, Rob Nabors, to the VA to help investigate agency issues and appointed Sloan Gibson as acting secretary while awaiting a permanent replacement.

Nabors and Gibson delivered a scathing report to the president on Friday, citing “significant and chronic system failures” in the nation’s health system. The report also portrayed the Veterans Affairs Department as a struggling agency battling a corrosive culture of distrust, lacking in resources and ill-prepared to deal with an influx of new and older veterans with a range of medical and mental health care needs.

McDonald’s nomination was praised by his peers in the private sector and military and got encouraging signs of support from both parties.

Jim McNerney, Chairman and CEO of The Boeing Company, called McDonald an “outstanding choice for this critically important position.” Retired U.S. Army General Stanley McChystal, who served with McDonald in the 82nd Airborne, said the nominee’s “business acumen, coupled with his dedication and love of our nation’s military and veteran community, make him a truly great choice for the tough challenges we have at VA.”

Senate Veterans Affairs Committee Chairman Bernie Sanders, I-Vt., said in a statement that he looked forward to meeting with McDonald next week to get his views on issues he views as important.

Among them, Sanders said in a statement, “the VA needs significantly improved transparency and accountability and it needs an increased number of doctors, nurses and other medical staff so that all eligible veterans get high-quality health care in a timely manner.”

House Speaker John Boehner, R-Ohio, called McDonald “a good man, a veteran and a strong leader with decades of experience in the private sector. With those traits, he’s the kind of person who is capable of implementing the kind of dramatic systemic change that is badly needed and long overdue at the VA.”

The company’s products, including Tide detergent, Crest toothpaste and others, can be found in 98 percent of American households. But under McDonald’s leadership, P&G struggled to grow under increased competition and global economic challenges. Critics suggested he was having trouble getting the 150-year-old-plus company to fire on all cylinders.

Investors, including activist investor William Ackman, voiced frustration over the company’s slow revenue growth and stagnant market share gains. Ackman, who took a 1 percent stake in the company, pressed for the company to streamline operations and improve results.

In a letter announcing his retirement from P&G, McDonald wrote, “This has been a very difficult decision for me, but I’m convinced it is what is in the best interests of the company and you.”

McDonald was replaced by the man he had replaced, former P&G CEO A.G. Lafley.

A native of Gary, Indiana, McDonald grew up in Chicago and graduated from West Point in 1975 with a degree in engineering. He also earned an MBA from the University of Utah in 1978.