Ethan Todras-Whitehill was disappointed when Donald Trump won the 2016 presidential election. After his victory, “sitting on your hands and just reading the news was intolerable,” said Todras-Whitehill, a 36-year-old freelance writer and GMAT tutor from Amherst, Massachusetts. “It still is.”

So in the weeks after the election, Todras-Whitehill called two friends, Joshua Krafchin and Miriam Stone, and proposed a plan of action: creating a grassroots organization aimed at helping Democrats win back control of the House in the 2018 midterm elections.

The result is Swing Left, part of a loosely-connected network of liberal groups, like Indivisible, that pundits across the political spectrum are calling the left’s answer to the conservative Tea Party movement that emerged after President Barack Obama’s victory in 2008.

“Democrats haven’t been as focused on the House because we’ve held the presidency,” Todras-Whitehill said. But now that Republicans control the White House along with both chambers of Congress, he said, regaining control of the House “went from the last thing [liberal activists] think about” to being a top priority.

To that end, Swing Left was specifically designed to target competitive House races, while leaving “safe” Democratic seats alone. Volunteers sign up by entering their ZIP code. From there, Swing Left points them to the closest swing district, in the hopes of boosting engagement in areas where Democrats have the most potential to pick up seats.

The model is based on the idea that it’s easier for people to volunteer close to home, where they feel they can “make a difference on a regular basis,” Todras-Whitehill said.

The group is targeting 52 House districts where the winner’s margin of victory in 2016 was 15 points or less. If the party wins 80 percent of those races, Democrats can regain a majority in the House, the group says.

Given those numbers, flipping control in the House is a tall order for groups like Swing Left, whose founders don’t have much political organizing experience. Krafchin and Stone have never worked on a campaign; Todras-Whitehill did some phone banking for John Kerry’s presidential campaign in 2004 and ran a small get-out-the-vote campaign in Ohio in 2008.

Most political experts agree the Democrats’ chances of regaining control of the House and Senate next year are slim.

“No one thinks they can take back the House or the Senate in 2018,” Republican strategist Brendan Steinhauser, a former Tea Party organizer, said.

But House Republicans plan to stick to their agenda in the face of the “top-down effort from liberal activists” to oppose Trump’s presidency and make gains in Congress, Gorman said. 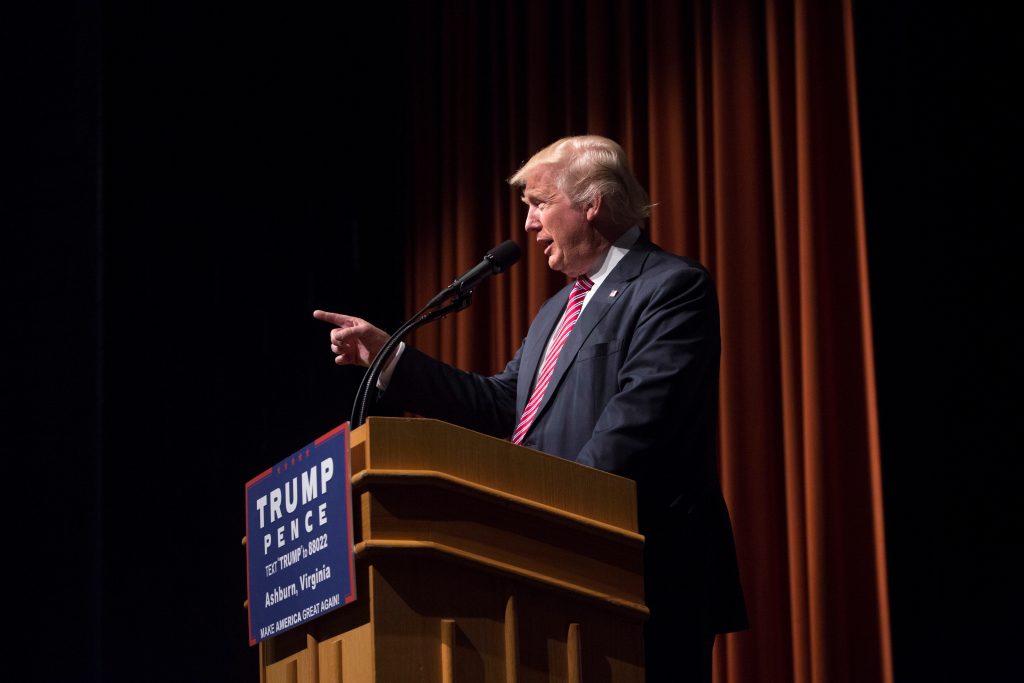 Despite Swing Left’s long odds, the group is gaining traction. Roughly 300,000 volunteers have signed up with the group, Todras-Whitehill said.

Linda Keuntje said when she saw an advertisement for Swing Left on her Facebook newsfeed after the election, she immediately signed up to volunteer in Virginia’s 10th congressional district, a swing seat now held by Republican Rep. Barbara Comstock.

“My coping strategy is to act,” said Keuntje, a Democrat who lives in Arlington, Virginia. “I feel like I’m doing something to improve the situation.”

Swing Left is helping volunteers plan house meetings next week so activists can meet in person and start organizing. After that, Todras-Whitehill said he hopes volunteers will begin canvassing, knocking on doors and registering voters in swing communities.

“I want people to know their local swing district better than they know their own [district],” he said.

In addition to targeting swing districts, Swing Left also plans to play defense in Democratic seats where voters shifted right and voted for Trump, like Rep. Matt Cartwright’s district in eastern Pennsylvania. Obama carried the district in 2008 and 2012. But in 2016, Trump won the district and Cartwright was narrowly re-elected by a 7.6 percent margin.

Voters in his district “are desperate for economic change” and backed Trump because he “effectively painted himself as the economic candidate,” Cartwright said in a phone interview.

Nevertheless, “I don’t intend to change my messaging one iota,” Cartwright said. “Those are core values for me, and they’re not going to change ‘cause the wind changed directions.”

Political observers said it was too early to tell if liberal groups had the kind of organizing Democrats need to defend districts like Cartwright’s and make further gains in the House.

“It’s really easy to join a march, sign a petition,” said Emily Ekins, a research fellow at the right-leaning Cato Institute. It’s “quite another [thing] to do the hard tedious work of local and political activism.”

But Steinhauser, the Republican strategist, said he saw some similarities between the Tea Party movement and the grassroots activism growing on the left today.

“When [voters think they] see a disaster coming, you fight like hell to say no,” Steinhauser said.

Correction: An earlier version of this article incorrectly spelled the name of one of Swing Left’s co-founders. It is Ethan Todras Whitehill, not Ethan Todras-Whitehall.