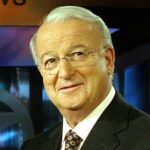 Opinion: What made Charles Krauthammer ‘a joy to watch’

Charles Krauthammer was impossible to pigeonhole. Conservative does not cover it, nor does neocon. He gave full-throated support to President Bush’s invasion of Iraq in 2003, and never blinked on that one, even when it blew up. He was all in for Israel and his friend Netanyahu, yes. For him this was about a nation’s survival. But in truth, on a number of issues, abortion for one and stem cell research for another, he often surprised us.

Charles was a regular panelist on Inside Washington from 1990 until we took the program off the air in 2013 after a 25-year run. The program was seen on a number of PBS stations here in Washington and around the nation. Charles was one of a group of regulars that, for the past several years, included Washington Post columnist Colbert King, NPR’s Nina Totenberg, syndicated columnist Mark Shields and former Newsweek writer and editor, historian Evan Thomas.

Sometimes Charles argued the other side of an issue just for the pure hell of it and that was a joy to watch.

Although he was a gentleman in every sense of the word, cordial, congenial and unfailingly courteous to strangers, Charles did not suffer fools gladly. He would peel the skin off you if you said something deemed to be foolish or worse, irrational.

Sometimes Charles argued the other side of an issue just for the pure hell of it and that was a joy to watch.

When syndicated columnist Mark Shields became available to us after CNN’s Capital Gang went off the air, our executive producer, Tina Gulland, said she had her doubts about the chemistry between Mark and Charles. “Not to worry,” I said, “Humor and baseball will save us.”

They did. When things got a bit heated on set, you could always cool it down with a joke or some baseball talk. The ability of Charles and Mark to come up with arcane baseball statistics at will was astonishing.

And, oh, the laughs. One exchange will stay with me forever. As we discussed the political liabilities of New Jersey Governor Chris Christie’s ample girth, Mark said, “I’m the last person who should criticize anyone’s weight, but it took Chris Christie longer to get out of that SUV than it took the Russians to get out of Afghanistan.”

Charles said, “That’s it. That retires the cup. I’m out of the competition.”

Out of the competition? Charles Krauthammer? Never.

On a later program, as I raised the topic of the Democrats’ claim of a Republican war on women, Charles responded, “There you go. More liberal echo chamber cocooning.”

As the news of Charles’ death broke, I received this email from my pal, TV sports reporter Tim Brant:

“So sorry about Charles. You said it best, ‘What a man!’”

What a man. You bet.

Gordon Peterson is a veteran Washington journalist who moderated and produced Inside Washington for 25 years.