‘It is so ordered.’ Supreme Court Justices on gay marriage decision

In a historic decision for the gay right’s movement, the Supreme Court ruled on Friday that the U.S. Constitution grants same-sex couples the right to marry. The court ruled 5-4 that the Constitution’s guarantees of due process and equal protection under the law mean that states cannot ban same-sex marriages. Justice Anthony M. Kennedy, who wrote the majority opinion, said that gay and lesbian couples have a fundamental right to marry. Read the full opinion here.

In the words of the justices, here are some highlights from the decision:

From the majority opinion by Justice Kennedy:

“The majority bases its conclusion that same-sex marriage is a fundamental right on ‘four principles and traditions’: (1) right to person choice in marriage is ‘inherent in the concept of individual autonomy’; (2) ‘two-person union unlike any other in its importance to the committed individuals’; (3) marriage safeguards children and families; (4) marriage is a keystone to our social order.” 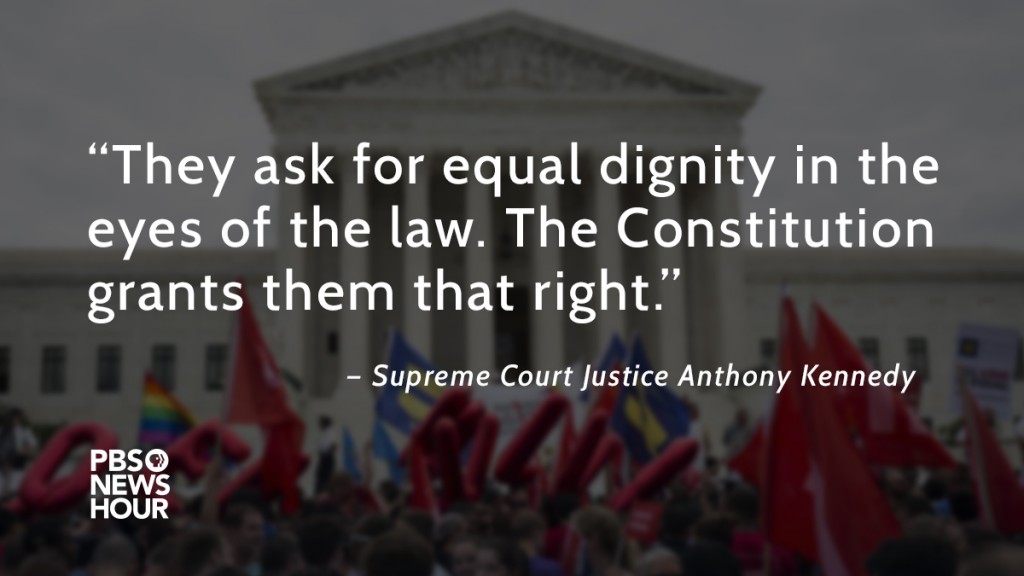 “Far from seeking to devalue marriage, the petitioners seek it for themselves because of their respect—and need—for its privileges and responsibilities. And their immutable nature dictates that same-sex marriage is their only real path to this profound commitment.”

“The generations that wrote and ratified the Bill of Rights and the Fourteenth Amendment did not presume to know the extent of freedom in all of its dimensions, and so they entrusted to future generations a charter protecting the right of all persons to enjoy liberty as we learn its meaning. When new insight reveals discord between the Constitution’s central protections and a received legal stricture, a claim to liberty must be addressed.” 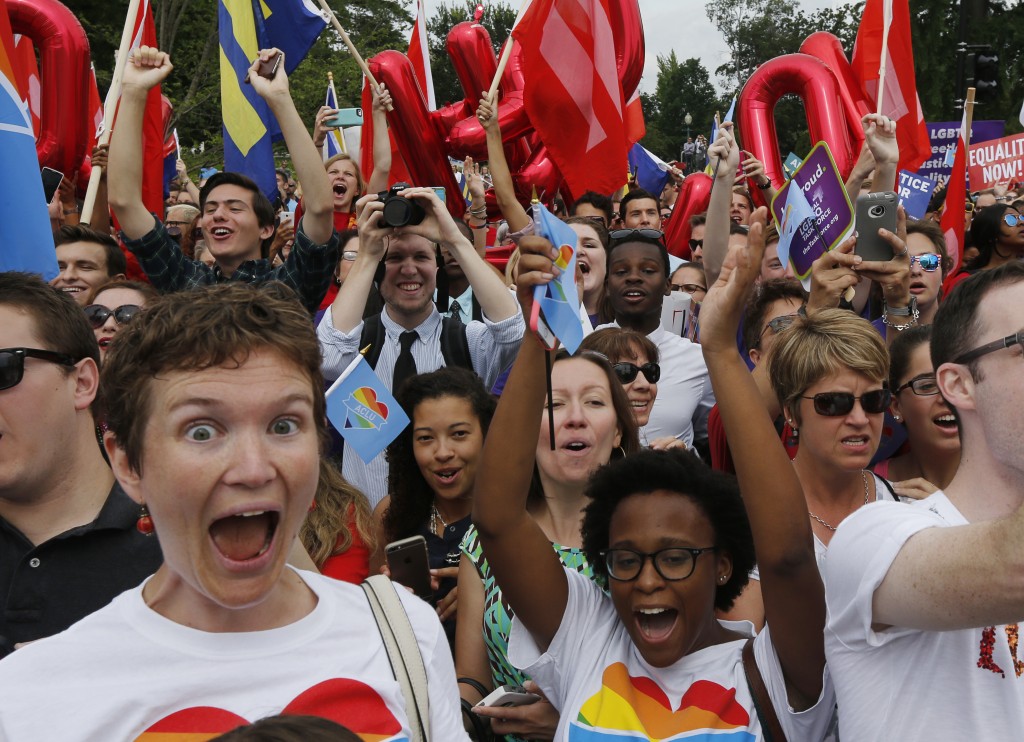 “No union is more profound than marriage, for it embodies the highest ideals of love, fidelity, devotion, sacrifice, and family. In forming a marital union, two people become something greater than once they were. As some of the petitioners in these cases demonstrate, marriage embodies a love that may endure even past death. It would misunderstand these men and women to say they disrespect the idea of marriage. Their plea is that they do respect it, respect it so deeply that they seek to find its fulfillment for themselves. Their hope is not to be condemned to live in loneliness, excluded from one of civilization’s oldest institutions. They ask for equal dignity in the eyes of the law. The Constitution grants them that right.

“The judgment of the Court of Appeals for the Sixth Circuit is reversed. It is so ordered.”

“If, even as the price to be paid for a fifth vote, I ever joined an opinion for the Court that began: ‘The Constitution promises liberty to all within its reach, a liberty that includes certain specific rights that allow persons, within a lawful realm, to define and express their identity,’ I would hide my head in a bag. The Supreme Court of the United States has descended from the disciplined legal reasoning of John Marshall and Joseph Story to the mystical aphorisms of the fortune cookie.”

“Until the courts put a stop to it, public debate over same-sex marriage displayed American democracy at its best. Individuals on both sides of the issue passionately, but respectfully, attempted to persuade their fellow citizens to accept their views. Americans considered the arguments and put the question to a vote.” 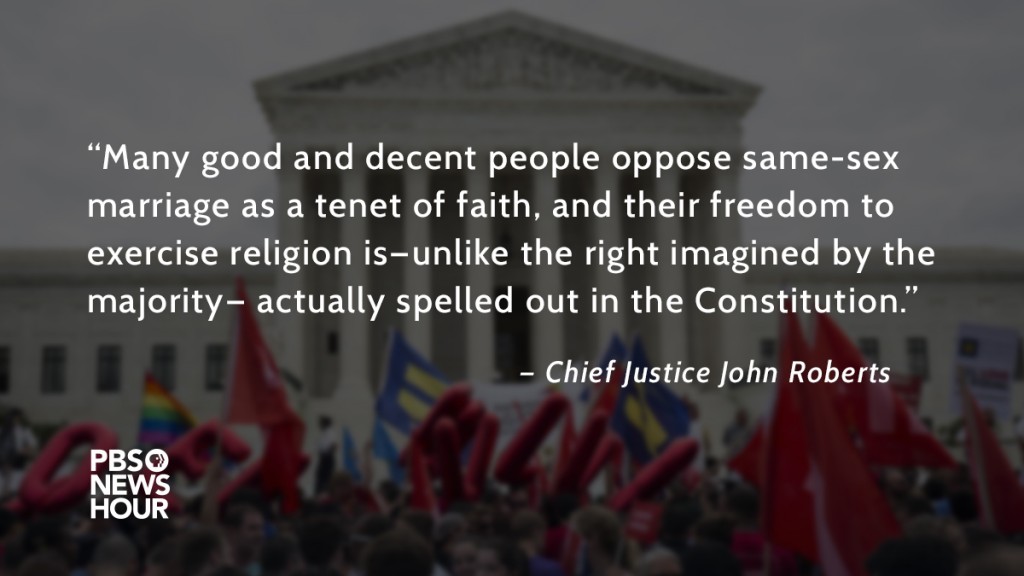 “The majority’s decision is an act of will, not legal judgment. The right it announces has no basis in the Constitution or this Court’s precedent. The majority expressly disclaims judicial ‘caution’ and omits even a pretense of humility, openly relying on its desire to remake society according to its own ‘new insight’ into the ‘nature of injustice.’ Ante, at 11, 23. As a result, the Court invalidates the marriage laws of more than half the States and orders the transformation of a social institution that has formed the basis of human society for millennia, for the Kalahari Bushmen and the Han Chinese, the Carthaginians and the Aztecs. Just who do we think we are?”