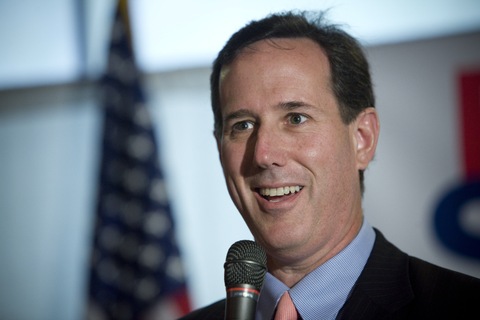 Big wins on Tuesday for former Pennsylvania Sen. Rick Santorum in Alabama and Mississippi again raised questions about support for former Massachusetts Gov. Mitt Romney among GOP rank-and-file voters. Former House Speaker Newt Gingrich, meanwhile, did not get the win his campaign wanted, but he refused to leave the race. And on Wednesday analysts were left shrugging their shoulders.

Despite Tuesday’s losses, Romney’s campaign was still picking up delegates and adding to an already large lead. Santorum had the momentum going into a much slower part of the primary calendar. And Gingrich was, well, promising to carry on to the Republican National Convention in Tampa, Fla.

But outside the campaign’s main horse-race narrative were some trends worth noting in Tuesday’s results when viewed through Patchwork Nation’s demographic and geographic breakdown of counties.

We noted in a previous post that Romney was probably well-positioned in the wealthy, formerly growing communities we call the Boom Towns, because of their focus on the economy. Indeed, the Boom Towns were good for Romney on Tuesday — just not good enough to win any states for him.

Mouse over the icons in the map to see the vote totals.

Romney won the Boom Town counties in both of the two big Southern prizes on Tuesday, but the margins were narrow — some 13,000 votes in Mississippi and only 1,000 votes in Alabama. Throughout the primaries so far, the Boom Towns have been good territory for Romney. If there is a positive out of Mississippi and Alabama for him, it is that his advantage in those places seems to hold even in the Deep South.

That could pay dividends for him in upcoming contests such as Louisiana, Maryland and Delaware, and later North Carolina and California, which all have a good amount of Boom Town counties in them.

Santorum in the Evangelical Epicenters

But Romney’s narrow victories in the Boom Towns were not enough overcome Santorum’s bigger wins in the Evangelical Epicenter counties. Santorum carried those counties in both states, and they made up most of his margin of victory in both — a 3,000-vote margin in Mississippi and a 19,000-vote edge in Alabama.

Throughout the campaign, the Evangelical Epicenters have been good for Santorum. He is Catholic by faith, but his social stances blend well with the cultural conservatism of those counties. It appears his advantage in them is becoming more solid.

Those counties could have been decent territory for Gingrich. He did well with them in South Carolina, Florida and his home state of Georgia. But they seem to be increasingly trending toward Santorum. That should be good news for Santorum in Missouri this weekend and in Kentucky, North Carolina and Texas in coming weeks.

For Gingrich, there was a lot of bad news in Tuesday’s results, but foremost among the bad storylines may be his struggles in the Minority Central counties that hold large numbers of African Americans.

White voters in those places tend to vote Republican, and the vote out of them had been a strength for the former House Speaker in nominating contests thus far. They essentially won South Carolina for him. But on Tuesday he struggled with them. He didn’t carry the Minority Central counties in either state — barely losing them to Santorum in Mississippi and coming in third in them in Alabama.

That’s a very bad sign for Gingrich. He needs those counties if he’s going to challenge Santorum for conservative voters, particularly as Santorum seems to be gaining strength in the Evangelical Epicenters. Gingrich may plan to be in the race until the Republican convention, but without the support of at least those counties, the road ahead looks very hard.

Of course, the 2012 campaign so far has been nothing if not surprising — that’s something anyone making predictions should keep in mind.