PHOTOS: Over 8 years, first daughters Malia and Sasha grow up in the White House

For more than a decade, Barack Obama has been in the spotlight, first as a freshman senator to watch from Illinois, then as a presidential candidate running a hope-fueled campaign, and finally in two terms as U.S. president. Three important women have been by his side the entire way.

Sasha Obama, at seven, was the youngest person to live in the White House since John F. Kennedy Jr. Malia Obama was 10 when she moved into the White House and will head off to Harvard in the fall. Back in Chicago, Michelle Obama was a working mom; during her time as First Lady, she kept working, leading the charge to get Americans to take on healthy, active lifestyles.

Here are some photos of their most memorable moments. 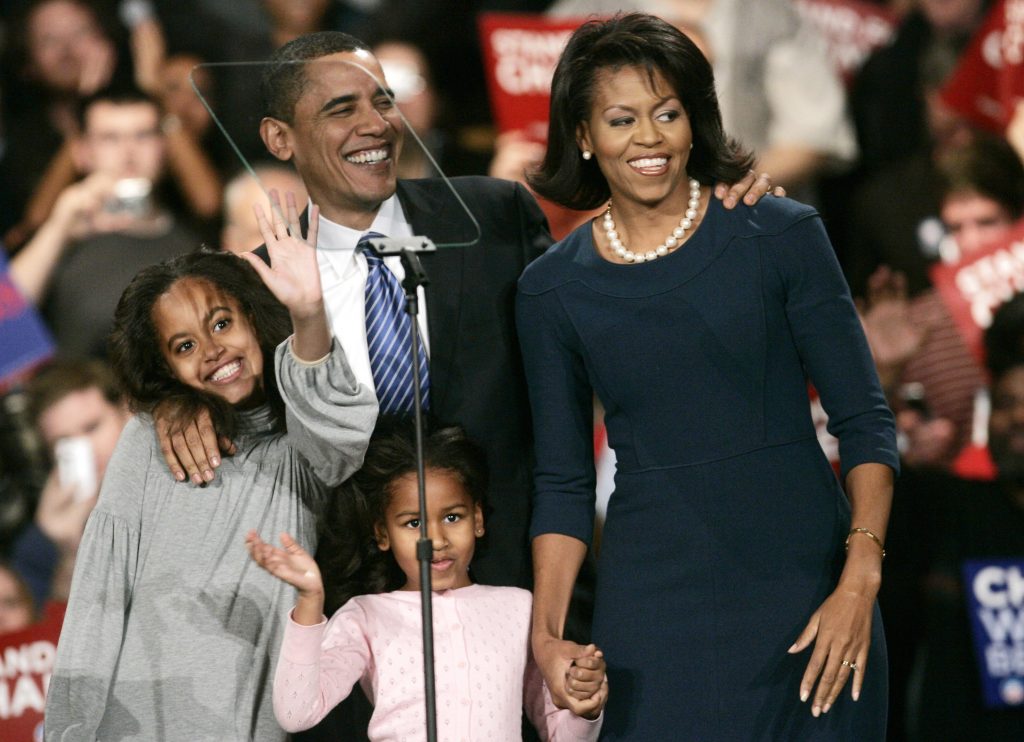 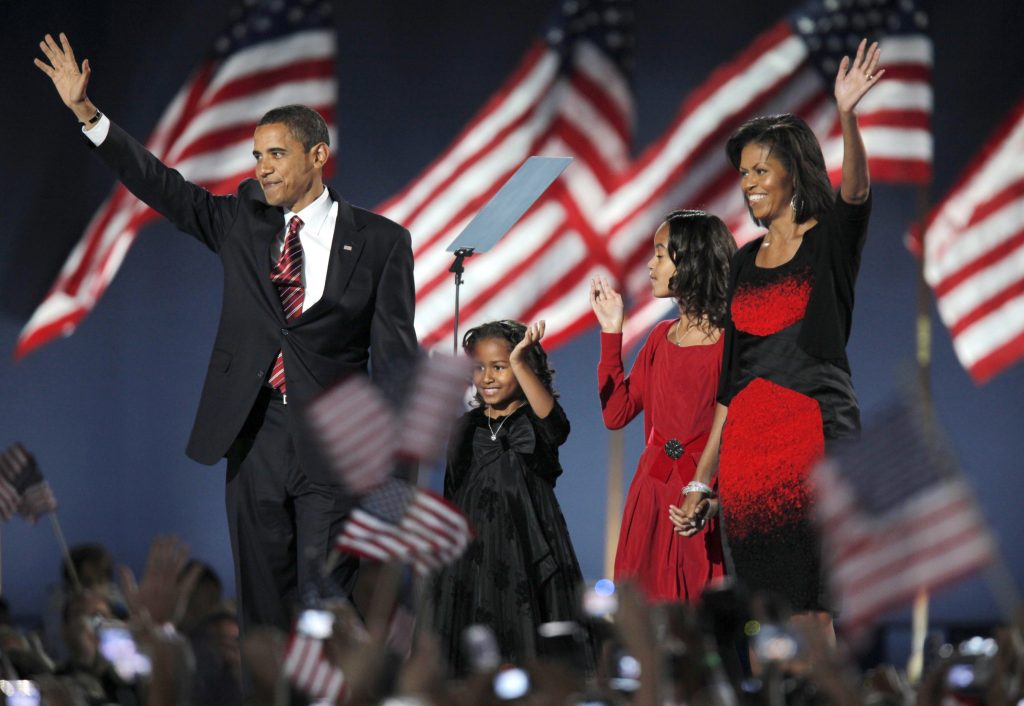 U.S. President-elect Senator Barack Obama (D-IL) arrives to speak to supporters with his wife Michelle (R) and their children Malia (2nd R) and Sasha (2nd L) during his election night rally after being declared the winner of the 2008 U.S. Presidential Campaign in Chicago November 4, 2008. Photo by: Gary Hershorn 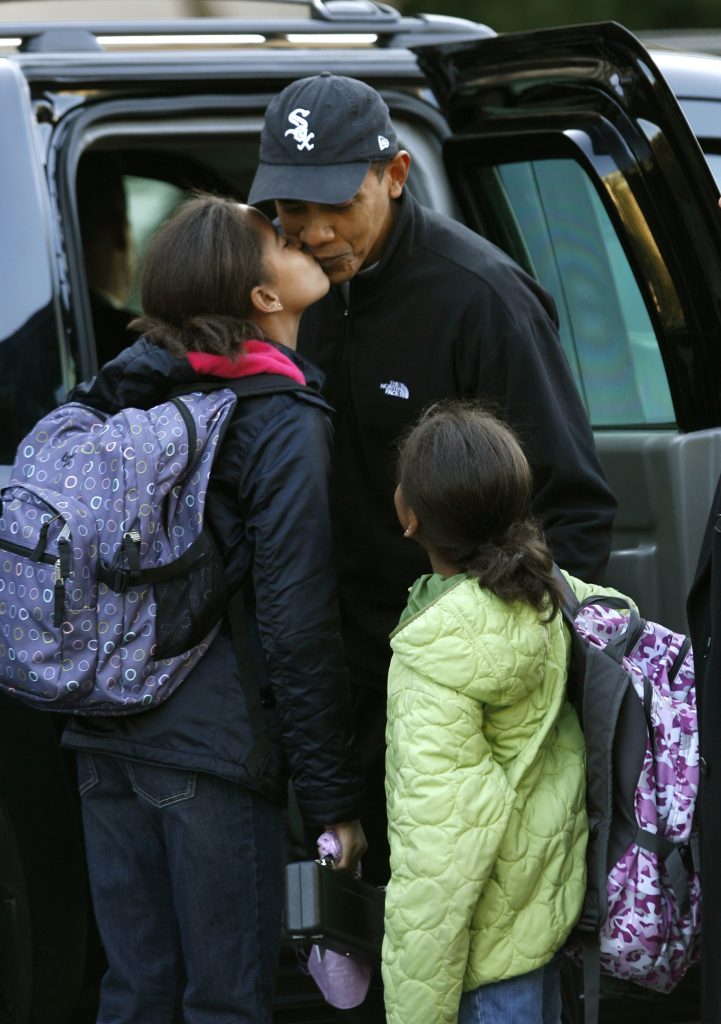 U.S. President-elect Barack Obama gets a kiss from his daughter Malia as his younger daughter Sasha watches upon being dropped off at their school in Chicago November 10, 2008. Photo by: Kevin Lamarque 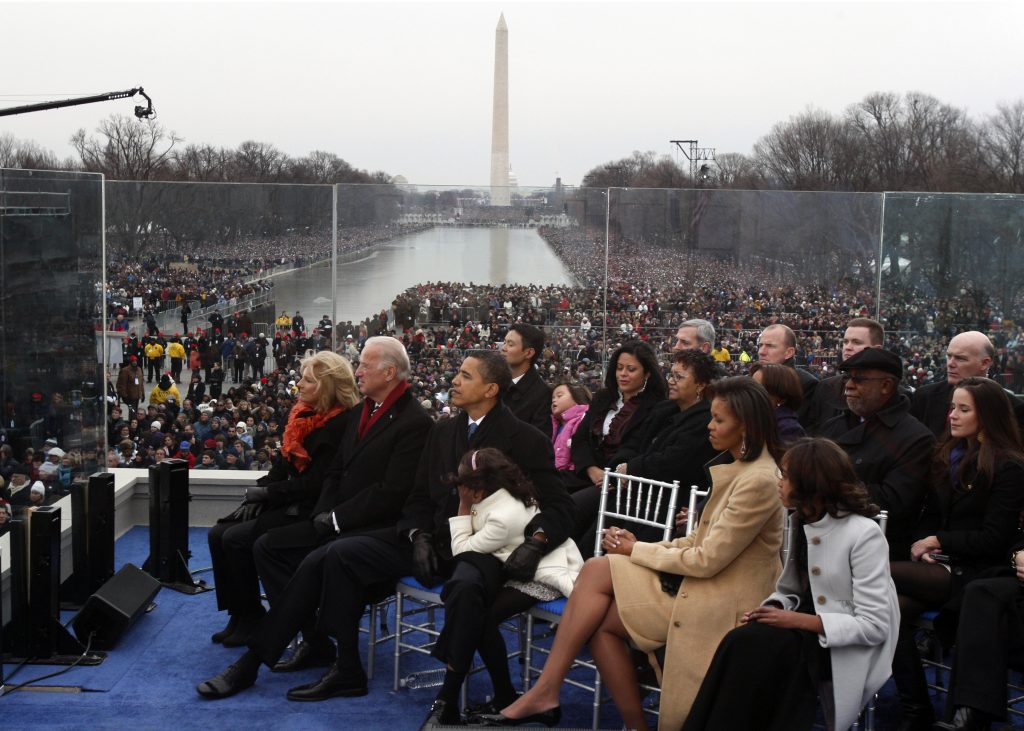 U.S. President-elect Barack Obama (C) puts his arm around his daughter Sasha as they sit onstage with his wife Michelle (2nd R), Malia Obama (far R), Vice President-elect Joe Biden (2nd L) and his wife Jill during the ‘We Are One’: Inaugural Celebration at the Lincoln Memorial in Washington January 18, 2009. Photo by: Jim Young 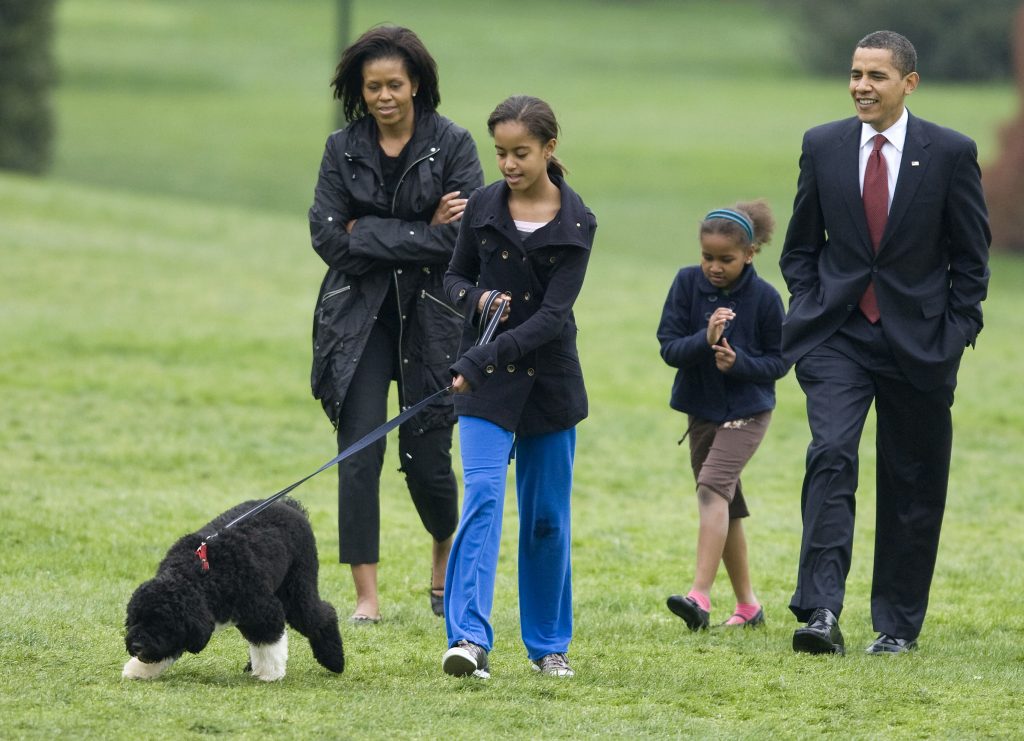 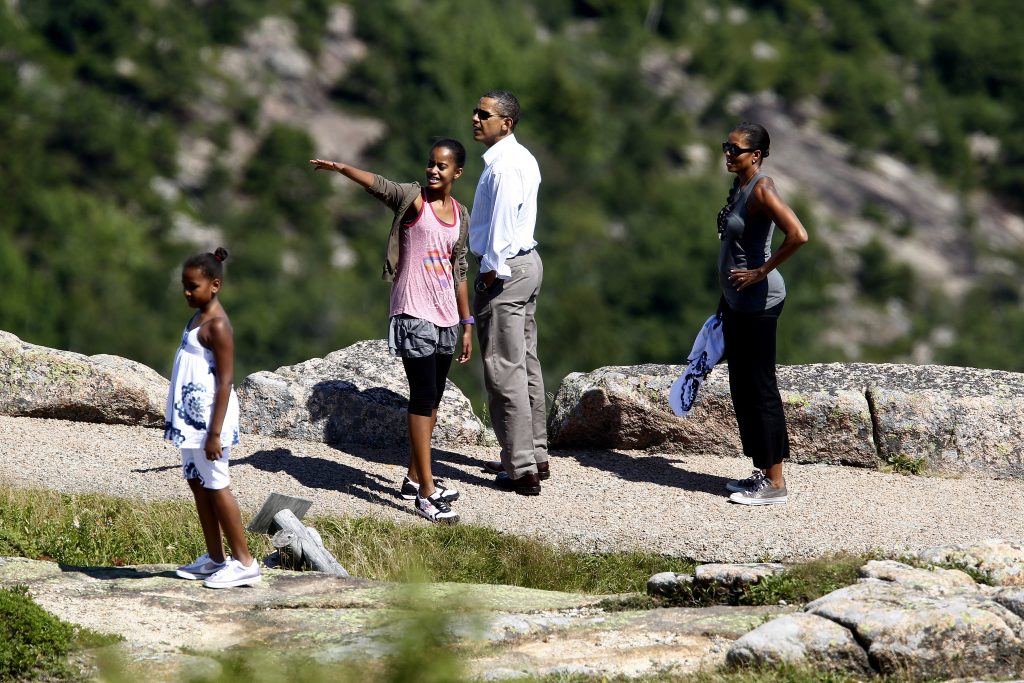 U.S. President Barack Obama (2nd R) and his wife Michelle (R) walk along a trail with their daughters Sasha (L) and Malia on Cadillac Mountain in Bar Harbor, Maine, July 16, 2010. The First Family is on vacation for the weekend. Photo by: Jim Young 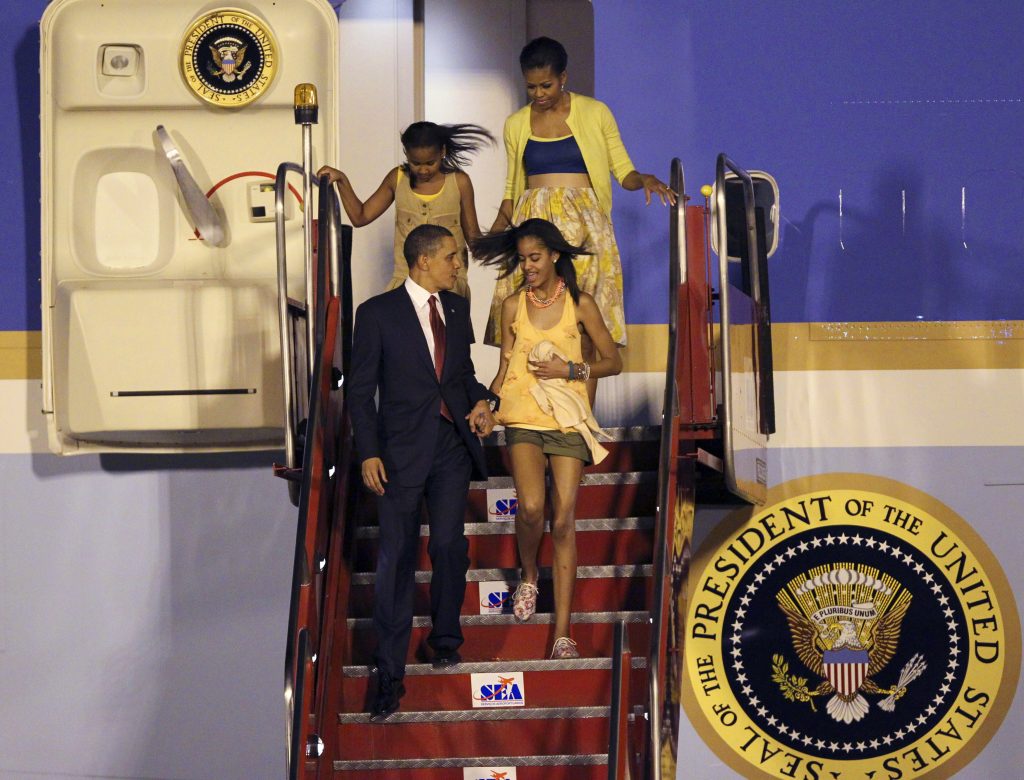 U.S. President Barack Obama walks with his daughters Malia (bottom R) and Sasha, and his wife Michelle, down the steps of Air Force One upon arrival in Rio de Janeiro, March 19, 2011. Obama arrived from Brasilia, where he began a three-country tour of Latin America. Photo by: Sergio Moraes 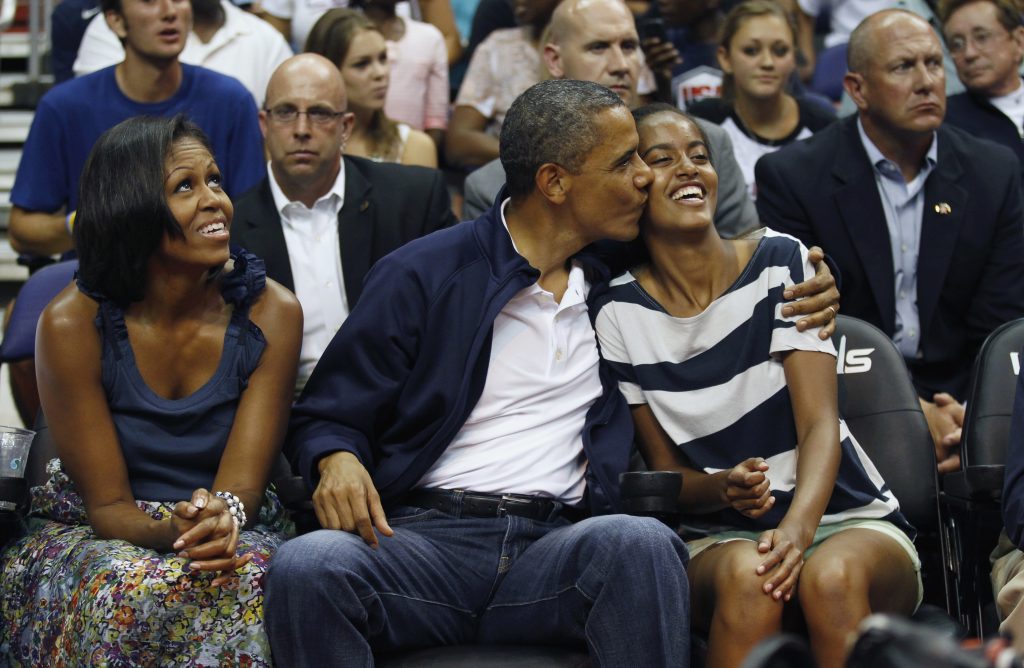 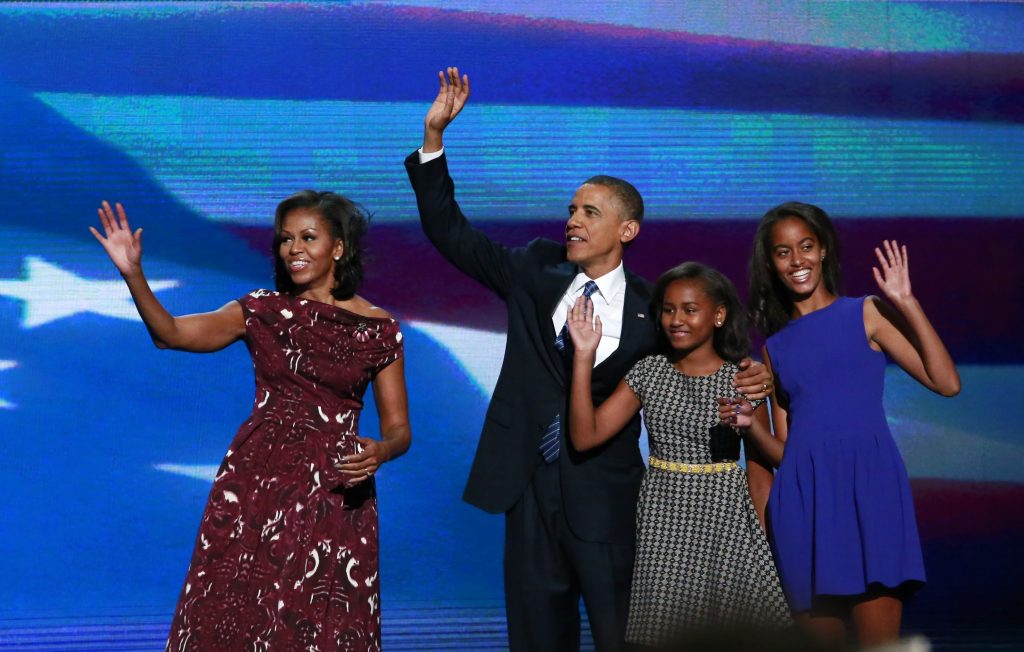 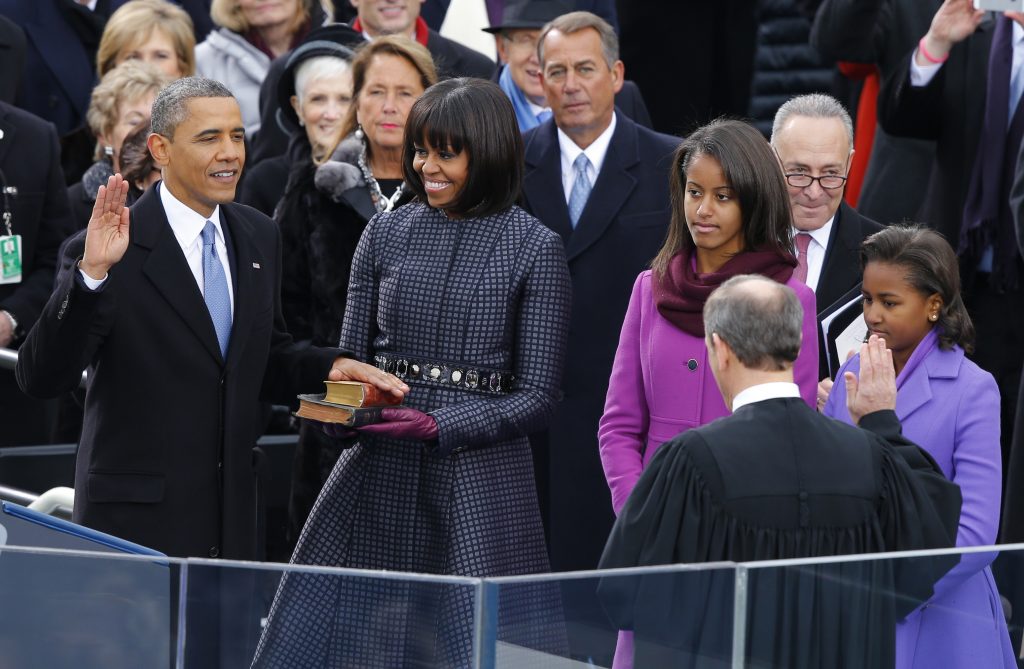 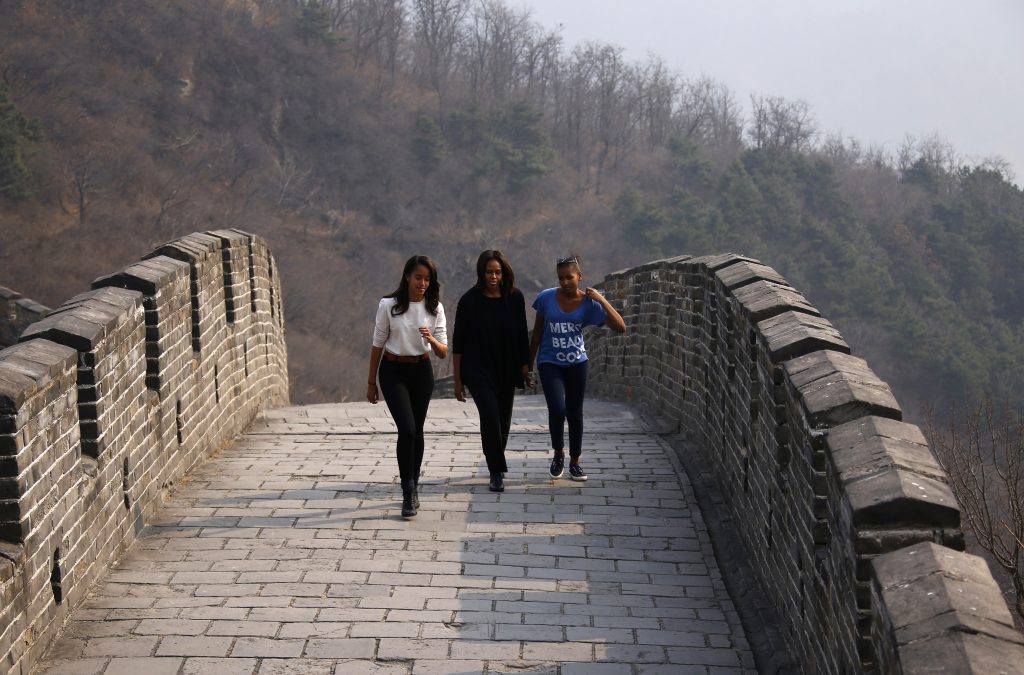 U.S. first lady Michelle Obama (C) walks with her daughters Sasha (R) and Malia as they visit the Mutianyu section of the Great Wall of China, in Beijing March 23, 2014. Photo by: Petar Kujundzic 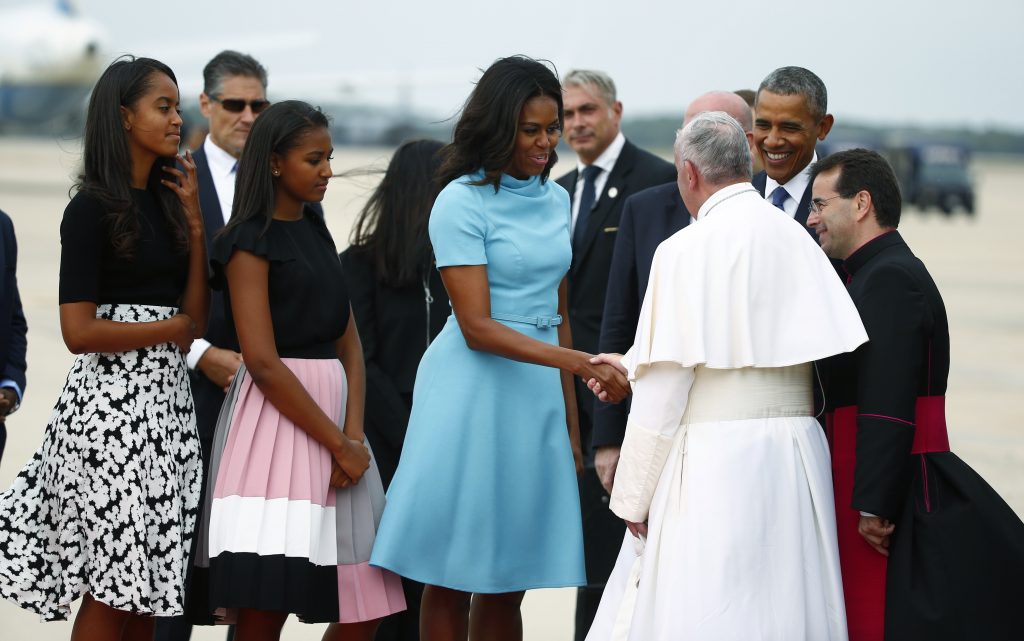 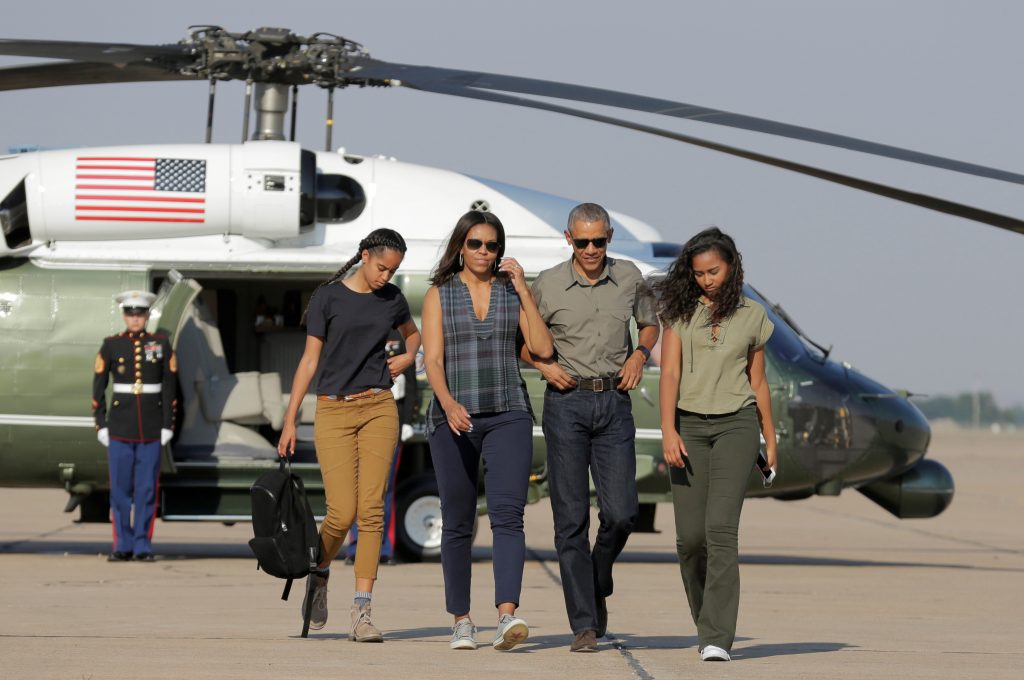 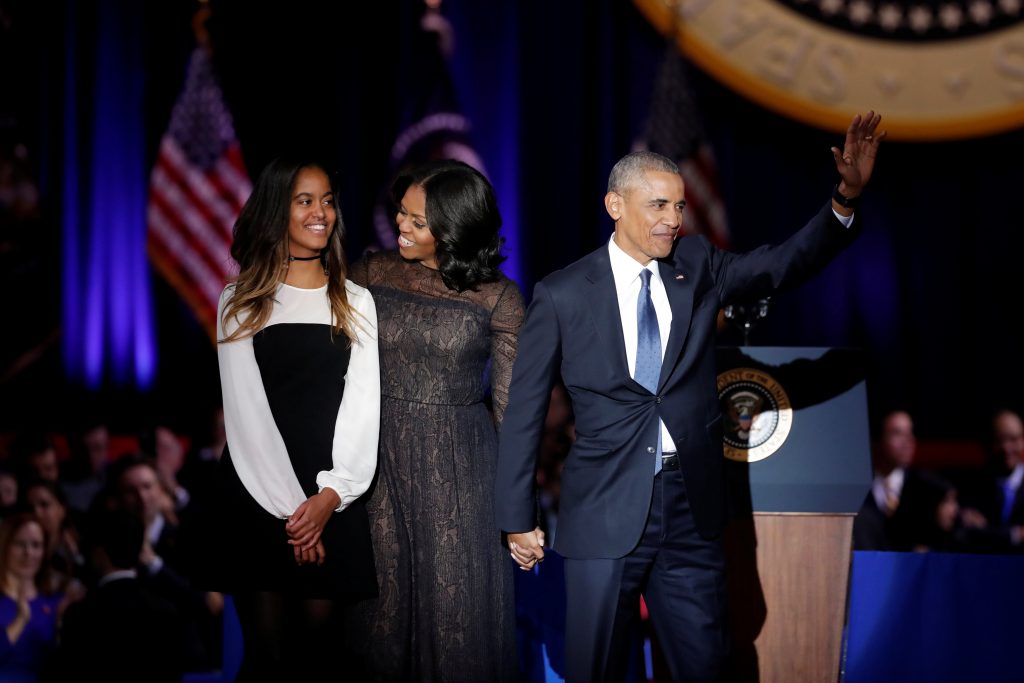