Planned Parenthood’s decision to withdraw Monday from a federal grant program aimed at family planning services is the result of a ruling from an unlikely source: the Ninth Circuit Court of Appeals.

The historically liberal court allowed a Trump administration rule blocking federal funding from organizations that refer patients for abortions to move forward, and Planned Parenthood chose to lose the money rather than stop the referrals.

The case is one signal that President Donald Trump’s judicial nominations may be shifting one of the nation’s most liberal courts further to the right, blunting what many consider his opponents’ most effective tool against administration policies.

In another ruling Friday, a three-judge panel of the Ninth Circuit, which included a Trump appointee, scaled back a lower-court ruling to allow Trump’s asylum rules to go into effect in some parts of the country.

Legal experts caution that it can be difficult to predict how any judge will decide on a particular case, but there are signs that Trump’s district and appellate-court appointees are leading to rulings that are more favorable to his presidency.

Trump has repeatedly railed against the Ninth Circuit Court of Appeals, which has ruled against down of his administration’s policies, including the travel ban and efforts to end Obama’s deferred action program for immigrants who came to the U.S. as children.

“It’s not fair. People should not be allowed to immediately run to this very friendly circuit and file their case,” Trump told reporters last year, promising to “look at” the court. “It’s a disgrace what happens with the Ninth Circuit,” he added.

Trump has already selected seven of the Ninth Circuit Court of Appeals’ 29 judges, and three more seats are awaiting nominations. Trump’s appointments have replaced three Democratic appointees, including Stephen Reinhardt and Harry Pregerson, who were widely viewed as two of the court’s most liberal judges.

The majority of the Ninth Circuit Court of Appeals judges were nominated by Democrats, so legal watchers say they do not expect the court’s decisions to shift dramatically. But each case is heard by a randomly selected three-judge panel. That means it is more likely that cases will be assigned to a panel with two Republican-appointees than in the past.

The Ninth Circuit Court of Appeals is the largest of the 13 courts of appeals, covering an area that includes nine western states — including California — and 20 percent of the national population.

The court gained its liberal reputation decades ago, when a 1978 law expanded the Ninth Circuit Court of Appeals and gave President Jimmy Carter the opportunity to select 10 new judges.

Since then, Republican and Democratic presidents have nominated their own judges to the bench, shifting the court further to the left or right. But Carter’s legacy has remained.

The court’s liberal reputation has made it the court of choice for attorneys general seeking to block Trump administration actions. 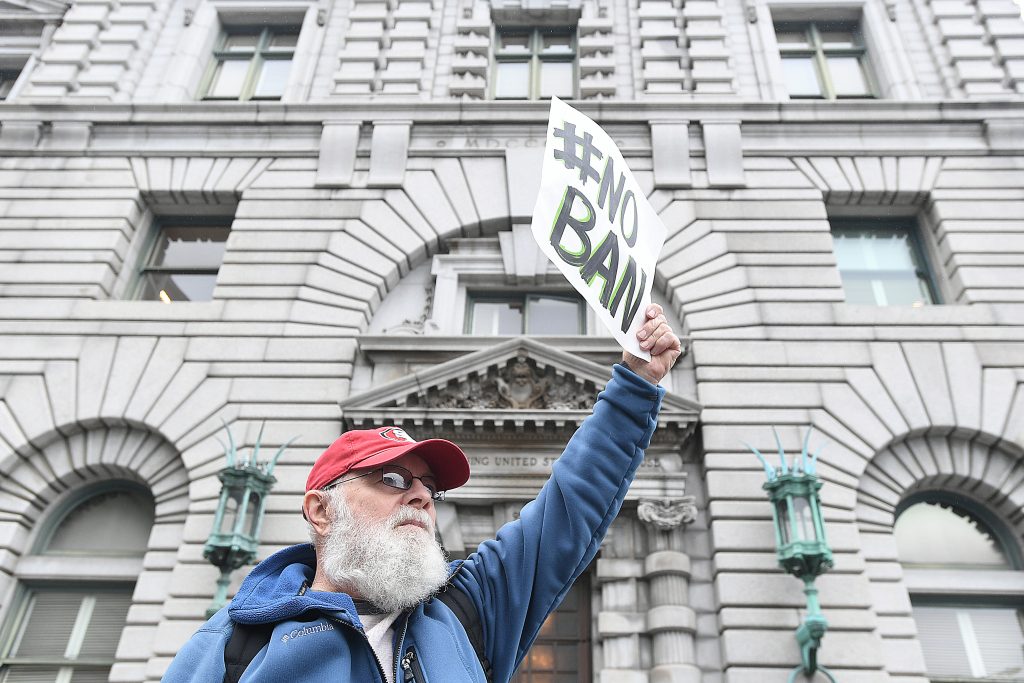 At least 85 multistate lawsuits have been filed against the Trump administration, the most of any administration in recent history, according to a database compiled by Marquette University professor Paul Nolette. Of those, many of the high-profile cases were filed in courts that fall under the Ninth Circuit Court of Appeals, including lawsuits against Trump’s travel ban, his asylum policy and abortion rules.

California Attorney General Xavier Becerra has lead the charge on a number of those cases, whose most recent lawsuit seeks to stop the Trump administration’s decision to deny green cards to immigrants who use public benefits such as food stamps and Medicaid.

How Trump pushes through judicial nominees

When Trump took office, there were more than 100 judicial vacancies across the country — twice as many as President Barack Obama inherited from President George W. Bush. The large number of vacancies was due in part to Senate Republicans’ blocking Obama’s nominees.

With a Republican-led Senate, Trump has taken advantage of those vacancies. The Senate has confirmed 146 of his federal judicial nominees in the two and a half years he has been in office–outpacing Obama and Bush but not Clinton.

In 2013, then-Senate majority leader Harry Reid, D-Nev., changed Senate rules to get around Republican stonewalling, and dropped the requirement that a nominee needed 60 votes to advance. 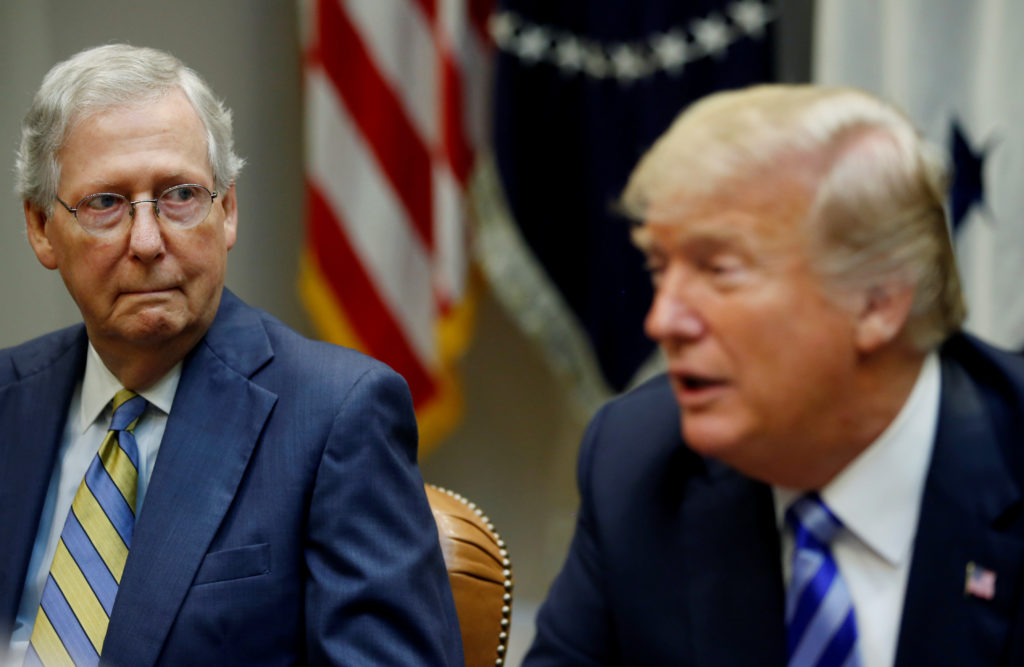 Senate Majority Leader Mitch McConnell listens to U.S. President Donald Trump as the President holds a meeting with Republican House and Senate leadership in the Roosevelt Room at the White House in Washington, D.C., Sept. 5, 2018. McConnell has been a key ally in moving Trump’s judicial appointees through the confirmation process. Photo by Leah Millis/Reuters

At the time, Sen. Chuck Grassley, the top Republican on the judiciary committee, warned against using the so-called “nuclear option.”

“Be careful what you wish for. If the Democrats are bent on changing the rules, then I say go ahead,” Grassley said, noting that at some point, the majority would change.

Republicans did take control of the Senate in 2015, and with their 51-vote majority they can confirm any of Trump’s nominees with no Democratic votes.

Sen. Mitch McConnell has also eliminated some rules that would allow Democrats to delay nominations.

Democrats say those changes mean Trump is not only able to get more judicial appointments confirmed but can also appoint more conservative judges without fear of opposition.

“It’s very clear that Donald Trump, when making nominations to that court was not look for independent, non-biased jurists. He was looking for ultra-conservative ideologies who would carry out the Trump agenda,” said Daniel Goldberg, the legal director of the Alliance for Justice, a progressive advocacy organization focused on the courts.

Conservatives, on the other hand, praise Trump’s picks as constitutional “originalists.” To them, getting people with that kind of ideology confirmed to lifetime appointments is one of the president’s finest accomplishments. They say the judges, many of whom are young, will leave a mark on the courts for years to come.

“Gradually it will dawn on people that the Ninth Circuit is different than it had been,” said Ilya Shapiro, a director of the center for constitutional studies at the Cato Institute, a free-market think tank.

Left: U.S. President Donald Trump boards Air Force One at Morristown municipal airport en route to Washington after a weekend in Bedminster, New Jersey, on August 4, 2019. Trump has appointed seven people to the Ninth Circuit Court of Appeals, which has long been known as a left-leaning court. Photo by Yuri Gripas/Reuters