In an unusual political season, there’s been no shortage of strange moments. Our politics team picks the strangest things that happened on the campaign trail this week.

Very little description is needed of Gerald Daugherty, a bright spot in the dark night of the 2016 election season. Daugherty, a commissioner in Travis County, Texas — which includes left-leaning Austin — is among the many Republicans nationwide fighting to keep their jobs in swing districts.

But rather than talk Donald Trump or Hillary Clinton, Daugherty’s campaign produced this fantastic ad focusing on his wife’s hope that he will keep his job. And stay out of the house. 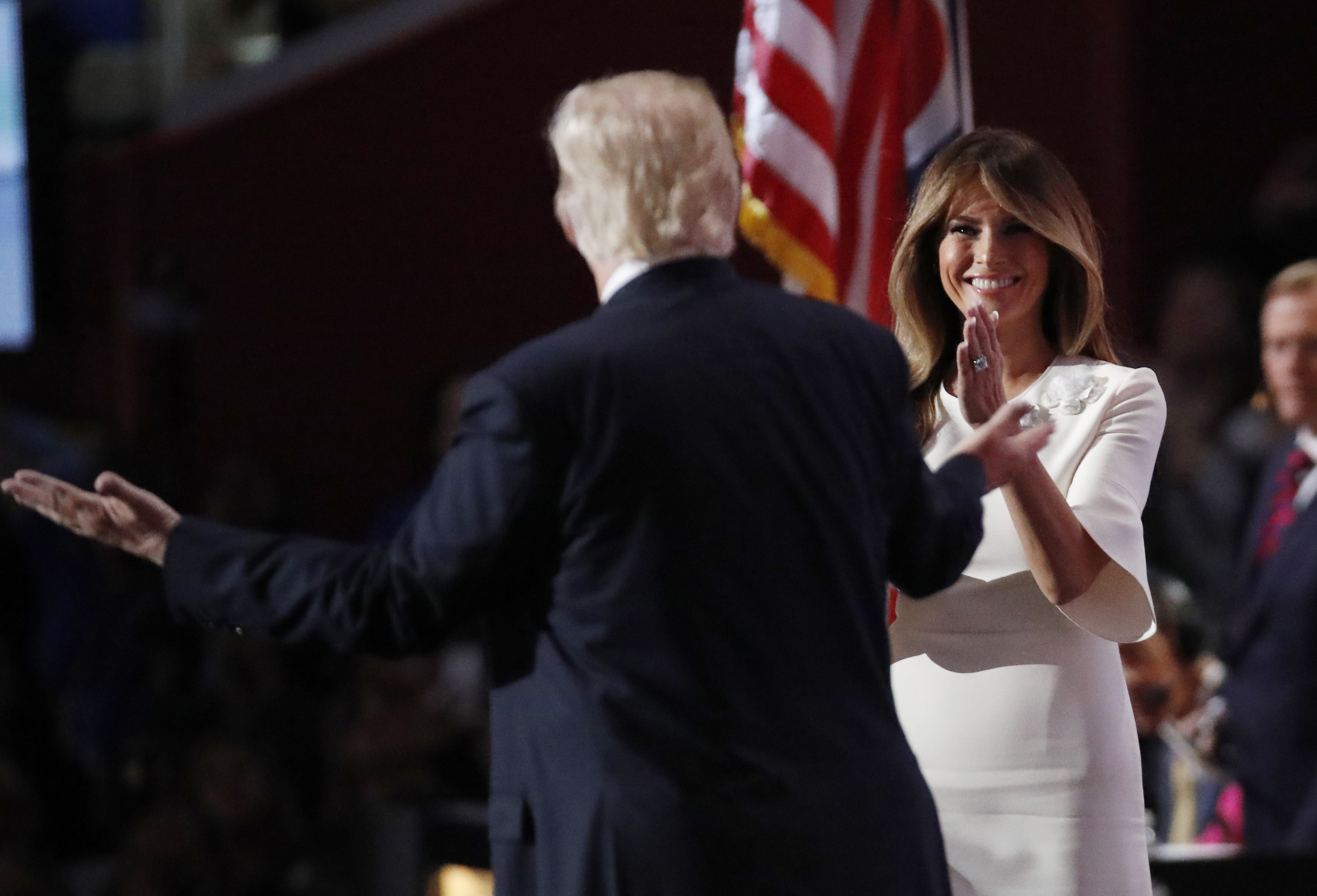 Melania Trump on stage with her husband on the final night of the Republican National Convention. In an interview this week Donald Trump said his wife would give “two or three” big speeches in the final weeks of the race. Photo by REUTERS/Jim Young

Melania Trump seems reluctant to hit the campaign trail for her husband in the final two weeks before Election Day. Donald Trump apparently has another idea.

In a joint interview with ABC News on Wednesday, Melania Trump was asked about her plans for the closing days of the race. “We will see,” she said, sitting alongside the Republican nominee. “I support him 100 percent. I’m there for him every time he needs me. And I might join him. We will see.”

But Donald Trump chimed in as soon as she was finished. “She’s actually going to make two or three speeches,” Trump said.

“Oh!” Melania Trump responded, looking visibly startled. Trump went on, as Melania gave a thin smile. “She’s amazing when she speaks, she’s an amazing public speaker. So she’s going to do two or three speeches and I think it’s going to be big speeches. Important speeches.”

The awkward exchange suggested that the Trumps hadn’t coordinated their plans — or at least hadn’t planned out the interview ahead of time.

As Election Day draws near, the Clinton campaign has stepped up its efforts to get millennial voters to the polls.

Just in the past week, the campaign announced that Jay-Z would perform a concert in Cleveland (with surprise guests — Beyoncé perhaps?). Singers Miley Cyrus and Katy Perry went dorm door-to-dorm door at George Mason University and the University of Nevada, Las Vegas to encourage students to vote for Clinton.

Clinton’s running mate Tim Kaine — who dubbed himself Lil Kaine in a radio interview earlier this month — has also been doing his part to drive up millennial voter turnout.

After a campaign appearance in Florida, Kaine sat down with the rapper Pusha T for a short conversation.

Kaine opened the interview with his trademark dad-joke humor, saying that he and Pusha T were just “two Virginia guys in Miami, Florida. I mean, it couldn’t get better.”

The pair went on to discuss criminal justice reform, activism and Clinton being on the brink of making history if she wins the election.

Pamela Kirkland is a politics producer for PBS NewsHour.