The University of Kentucky Wildcats are odds-on favorites to win this year’s NCAA Men’s Basketball Championship — and President Barack Obama approves that message.

In his annual tradition of filling out a tournament bracket on a taped segment for ESPN, the president picked the undefeated and overall No. 1 seed Kentucky to capture the crown and complete their season with a 40-0 record.

“I don’t think you can play a perfect basketball game, any more than you could do anything perfectly,” Mr. Obama said. “But these guys are coming pretty close.” 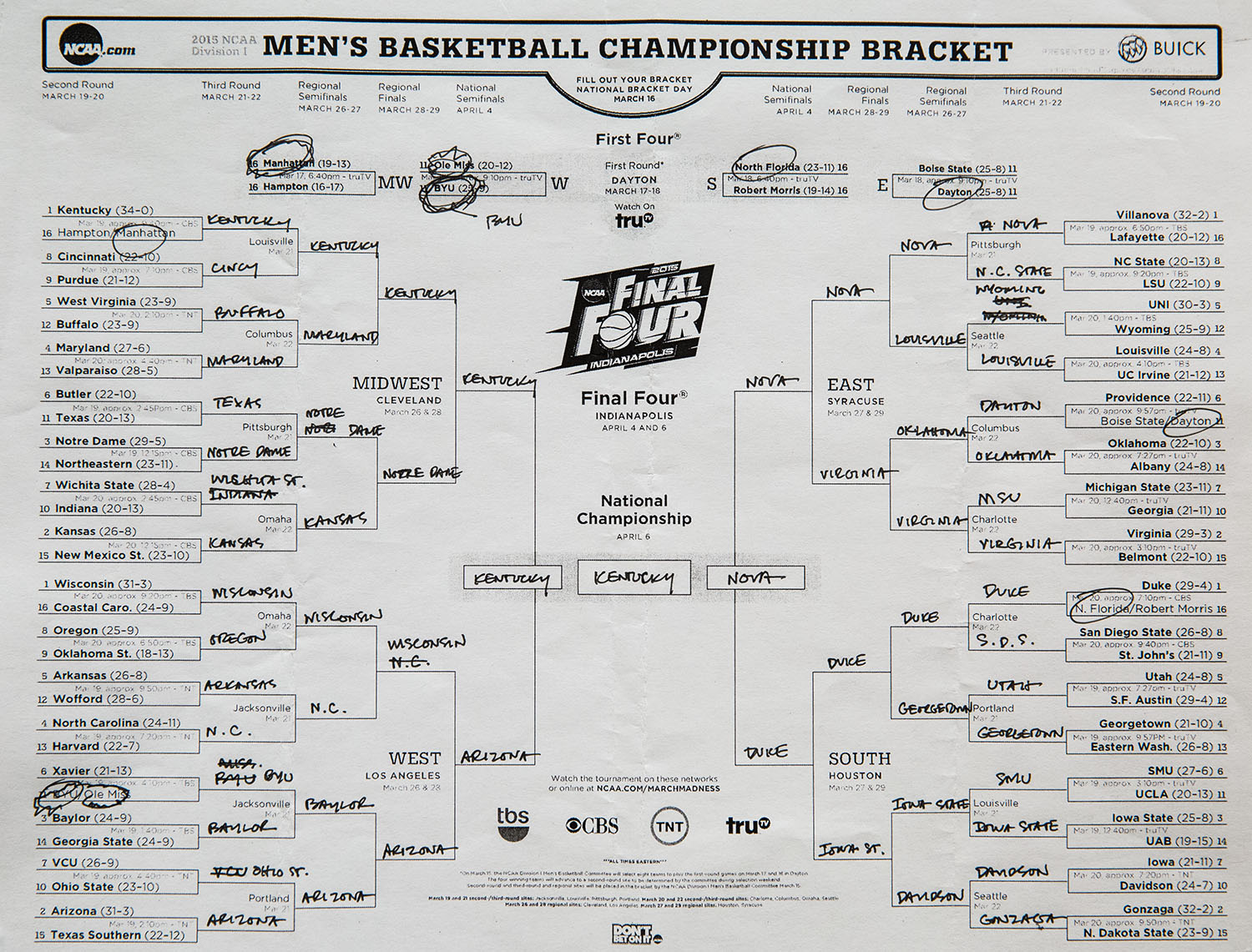 Click the image above for a larger view of President Obama’s full NCAA men’s basketball tournament bracket. Image via WhiteHouse.gov

The president predicted an all-Wildcats final, with Kentucky defeating fellow No. 1 seed Villanova — also the Wildcats. Rounding out the Final Four on Mr. Obama’s bracket are the Duke Blue Devils and the Arizona — wait for it — Wildcats.

“Kentucky obviously has as good of a chance as any team,” President Obama said as he slotted Kentucky into the national champs slot. “They are prohibitive favorites and for good reason.”

Before you fill start copying down Mr. Obama’s picks verbatim, however, you may want to look at the president’s March Madness record. The National Journal reports that the president has only picked eight of the last 28 Final Four teams correctly, while only correctly choosing the NCAA champions once: the 2009 University of North Carolina Tar Heels.

That hasn’t stopped the president from feeling confident, though. “This is going to be the year, guys. I’m winning the pool.”

You can watch President Obama complete his bracket with ESPN’s Andy Katz below:

Left: President Barack Obama holds a jersey given to him by the University of Kentucky basketball team during an event in the East Room at the White House, on May 4, 2012. The president picked Kentucky to win the NCAA men's basketball national championship this year on his ESPN bracket. Photo by Mark Wilson/Getty Images