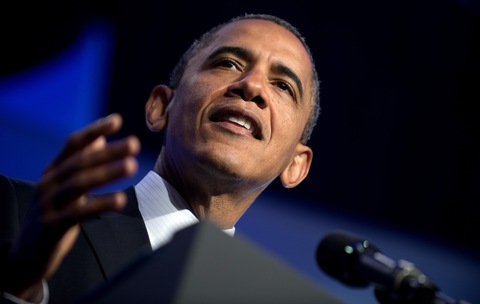 What’s the significance of President Obama’s evolution on gay marriage?

In terms of policy, probably not much. He made clear in his interview with ABC News that he still considers the issue one for the states to resolve. But in an election year, the political impact could be much bigger.

Across the 12 county types in Patchwork Nation, there are very different reactions to the issue. As we’ve noted in more in-depth reporting, some county types — the wealthy Monied ‘Burbs, collegiate Campus and Careers, and big city Industrial Metropolis — believe by wide margins that homosexuality as a lifestyle should be accepted by society. Others – like the culturally conservative Evangelical Epicenters, Mormon Outposts and African American heavy Minority Central counties — feel strongly that it should be discouraged.

A recent Pew Research Center poll broken into Patchwork Nation’s 12 county types offers some clues about what Obama’s announcement could mean on Election Day. That poll finds that most of our county types are not — or at least were not when the poll was conducted in mid-April — particularly focused on the issue.

Who’s Focused on It?

In nine of the 12 county types, fewer than one-third of those surveyed said they thought gay marriage was very important to them.

The three county types where more than one-third said it was very important: the Evangelical Epicenters, the aging Emptying Nests and the Mormon Outposts. (The sample size in the Mormon Outposts counties was too small to be considered significant.)

Of those three types, only the Emptying Nests are likely of any significance to Obama. The strong Republican streak in the Evangelical Epicenters and Mormon Outposts means he will almost certainly lose by massive margins in those counties this fall. He did in 2008.

The Emptying Nest counties tend to vote Republican but by smaller margins. Obama could hope to steal some votes out them, and they are located extensively around the crucial Industrial Midwest and upper Great Plains states. They are the light-green counties on the map below.

In the always-important, swing-voting Monied ‘Burbs, less than 30 percent of those polled said they thought they issue was very important.

There are some very big caveats on those numbers, though.

First, what exactly does very important mean? Looking at these numbers and the cultural predispositions of these county types, one would assume it means that opposing gay marriage is preferable and a key social issue. But without a more direct question, it’s harder to read the results out of the Monied ‘Burbs and some other types, such as the Campus and Careers and the largely exurban Boom Towns.

Second, how much did the ground shift with Obama’s announcement? Now that the gay-marriage issue is front and center in people’s minds, will their feelings about it change? That remains to be seen, and it will be better understood in the string of polls on this issue that are sure to appear in the coming weeks and months.

But viewed from this moment with these numbers and what we know about these communities, Obama’s announcement, while momentous, seems unlikely to significantly shake up the race.