Are presidents immune from civil lawsuits in state court over their private conduct?

Under current law, President Donald Trump is immune from civil lawsuits in federal court, when it comes to his official acts as president. But a legal battle playing out in New York could determine if Mr. Trump and future presidents are subject to civil suits in state court over their private conduct.

The case has been overshadowed by legal battles in federal court over Trump’s immigration policy. Nevertheless, the stakes are high. A victory for Trump in the New York court case could set an important precedent, potentially blocking other civil suits in state court over his and other presidents’ private activities.

A loss could pave the way for more civil litigation against Trump at the state level, creating additional distractions for a White House that is struggling early on to enact health care reform and other parts of the president’s agenda.

At issue is a lawsuit filed in New York state court earlier this year by Summer Zervos, a former contestant on “The Apprentice” who claims Trump defamed her last year after he publicly dismissed her allegations that he had groped her in 2007. Zervos said Trump’s public denial was detrimental to her reputation and dignity. She is seeking an apology and “at least” $2,914 in damages, according to court documents.

The lawsuit is just one of dozens the president is facing around the country; Trump was facing at least 75 suits as of last October, according to a USA Today report. It’s unclear how many of those cases are still open, or how Zervos’ suit will affect them.

Trump’s legal team did not respond to multiple requests from the NewsHour for comment. Zervos attorney Gloria Allred said a hearing on the case has been set for May 17.

In a Mar. 27 court filing, Trump’s attorneys argued that Zervos’ defamation lawsuit should be dismissed or suspended until he leaves office because, among other issues, the case could prevent him from doing his job.

Citing Nixon v. Fitzgerald, a 1982 Supreme Court ruling, Trump’s legal team wrote: “The ‘singular importance of the President’s duties’ warrants a stay where civil actions, such as this one, ‘frequently could distract a President from his public duties to the detriment of not only the President and his office but also the Nation that the President was designed to serve.’”

In Nixon v. Fitzgerald, the court ruled that presidents are not liable for damages in civil lawsuits if the litigation concerns their official acts as president. The decision only applied to civil suits in federal court, but legal experts said the ruling has been interpreted to apply to state courts as well.

But the decision did not address whether current or former presidents are immune from civil litigation over private matters, either in federal or state court.

Samuel Issacharoff, a constitutional law professor at New York University, said there are laws in place that protect presidents from being dragged into time-consuming litigation. However, he and other legal experts said it remains unclear if Supreme Court decisions like Nixon v. Fitzgerald can be used as precedent in a civil suit filed against Trump in state court. 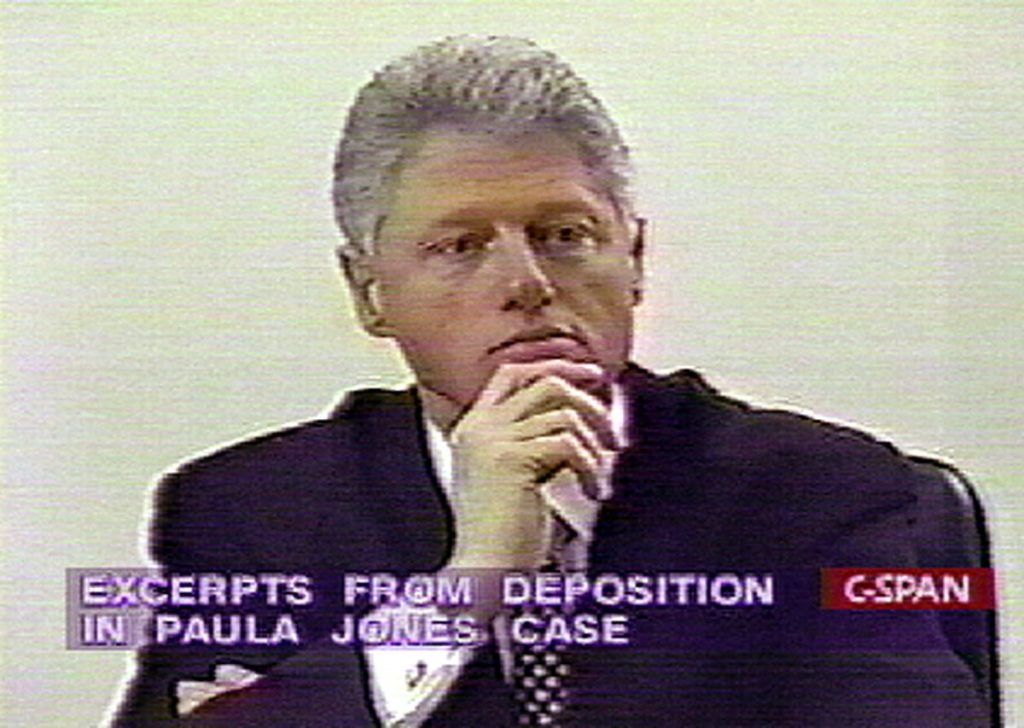 Zervos’ lawsuit could come down to a separate decades-old Supreme Court ruling about presidential immunity.

In the 1997 case Clinton v. Jones, in which former Arkansas state employee Paula Jones accused President Bill Clinton of sexual harassment, Clinton invoked presidential immunity in an attempt to have the civil suit against him suspended. But the court ruled that sitting presidents could be subject to civil lawsuits in federal court over non-official acts. The decision only applies to litigation at the federal level, however, and did not address whether a president is immune from civil lawsuits over private issues in state court.

Trump’s attorneys cited that outstanding question from Clinton v. Jones in their motion last month, arguing the Supreme Court needs to resolve it before the state court hears Zervos’ suit.

“President Trump’s lawyers are entirely right that the Supreme Court has not decided this question,” said Stephen Vladeck, a professor at the University of Texas School of Law, adding that the president’s attorneys “are seizing on [the] language” of the ruling.

The president’s legal team also argued in its motion that the Supremacy Clause of the constitution “immunizes the President from being sued in state court.”

Servos’ lawyers disputed the president’s claims in a court filing this week, arguing that Clinton v. Jones does not give Trump immunity from the lawsuit.

“Clinton v. Jones makes clear that this Defendant is not entitled to qualified immunity — or any other species of official acts [of] immunity — because this case involved unofficial conduct by Defendant before he assumed office,” Zervos’ lawyers said in the filing, adding: “Precisely because Defendant’s underlying tortious behavior has nothing to do with his current duties or office, and because it occurred before he took that office, he does not have immunity from suit.”

The president’s legal team also argued in its motion that the Supremacy Clause of the constitution “immunizes the President from being sued in state court.” Trump’s attorneys said the clause makes federal law “the supreme law of the land,” and limits state courts’ authority to challenge federal statute.

“These weird old cases are all based on the notion that it would be strange [to] sort of give states power over federal policy that they’re not supposed to have,” Vladeck said.

Turley said he was skeptical the argument would work in the current lawsuit against Trump. The president’s legal team is “suggesting that somehow a state proceeding might violate the Supremacy Clause,” Turley said. “I don’t know of much support for that proposition.”

As for Zervos, Allred, one of her attorneys, said they aren’t backing down. “We do not believe that the President of the United States enjoys legal immunity from our defamation lawsuit,” Allred said in a statement. “We look forward to arguing this issue in court.”

Left: President Donald Trump walks from Marine One upon his return April 9 to the White House in Washington, D.C. Photo by REUTERS/Joshua Roberts.