Attorney General Jeff Sessions is out as attorney general, ending months of speculation over whether President Donald Trump would fire him.

In an undated letter addressed to President Donald Trump and released Wednesday — the day after midterm elections in which Republicans retained control of the Senate but lost the House — Sessions offered his resignation, writing that “we have restored and upheld the rule of law–a glorious tradition that each of us has a responsibility to safeguard.”

Sessions’ departure has been expected. Trump has said for months that he would not have hired Sessions if he knew the former senator from Alabama would recuse himself from special counsel Robert Mueller’s probe into Russian interference in the 2016 election and possible ties to Trump’s 2016 campaign. The president has often made his attorney general the target of attacks for other Justice Department matters, too — a violation of norms that have traditionally protected the independence of federal law enforcement.

“I came to the Department of Justice every day determined to do my duty and serve my country,” wrote Sessions, an early supporter of Trump and a policy adviser during his presidential campaign. 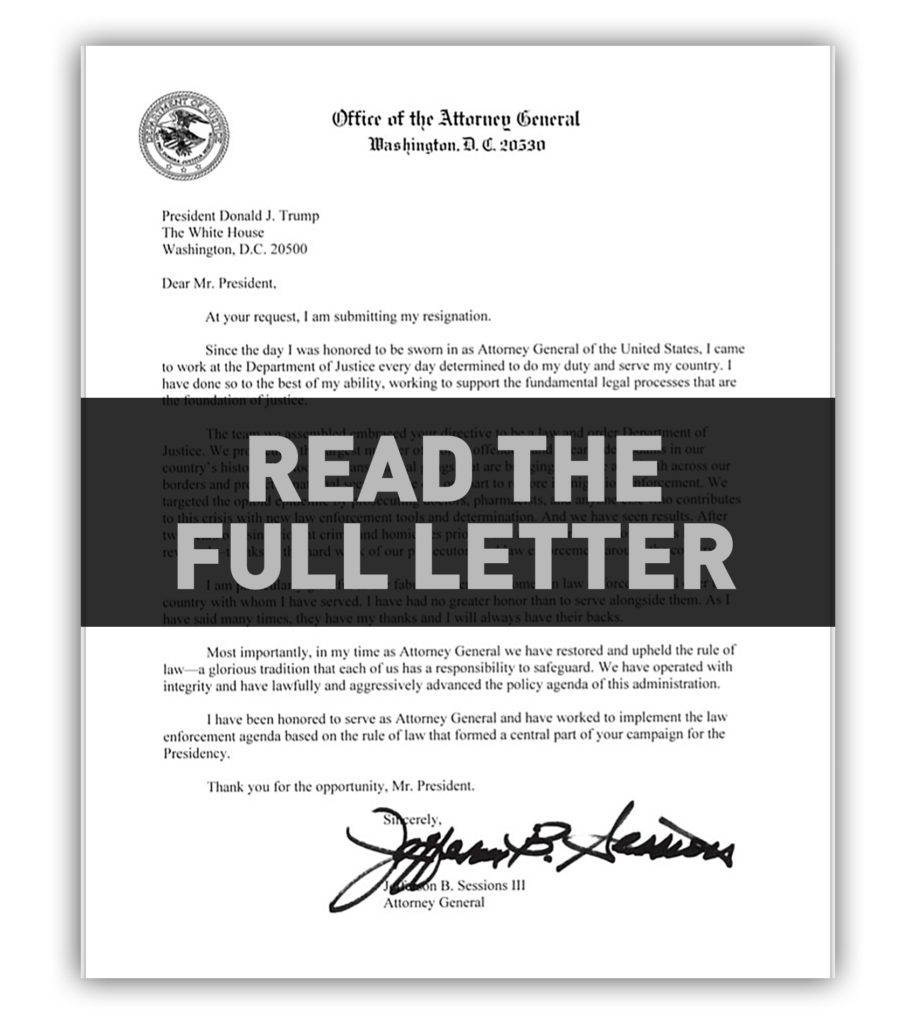 In his letter, Sessions touted the department’s work in cracking down on “transnational gangs that are bringing violence and death across our borders.” Sessions has been criticized for conflating the street gang MS-13 with the international drug trade.

“We did our part to restore immigration enforcement,” he wrote.

The departing attorney general also pointed to efforts to address the opioid epidemic with “new law enforcement tools and determination” and said they had seen results, but did not specify what kind.

Left: President Trump frequently criticized for recusing himself from oversight of the Mueller investigation.