Michael Gerhardt, a University of North Carolina law professor, said Wednesday that President Donald Trump’s behavior is “worse than the misconduct of any prior president.” The remarks were submitted as part of his prepared opening statement.

“If Congress fails to impeach here, then the impeachment process has lost all meaning, and, along with that, our Constitution’s carefully crafted safeguards against the establishment of a king on American soil. No one, not even the president, is beyond the reach of our Constitution and our laws,” Gerhardt will say according to a copy of his prepared opening statement obtained by the PBS NewsHour. 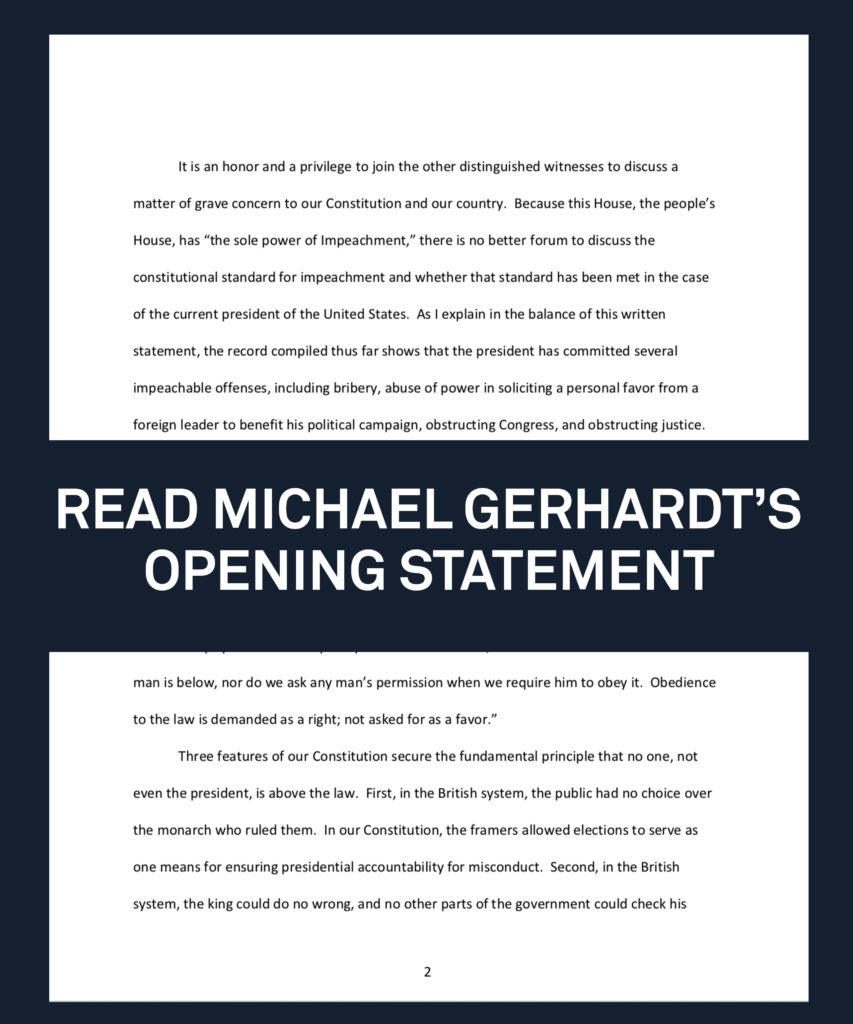 The hearing comes after the House Intelligence Committee held hearings in late November. Those hearings featured key witnesses who had knowledge of Trump’s dealing with Ukraine.

The impeachment inquiry has revolved around a July 25 phone call, in which Trump asked the president of Ukraine to investigate former vice president and 2020 presidential candidate Joe Biden and his son, Hunter.

Gerhardt is testifying alongside two other Democratic witnesses: Noah Feldman, a Harvard law professor, and Pamela S. Karlan, a Stanford law professor. Jonathan Turley, a George Washington University law professor, who was called by Republican members of the Judiciary committee, is also expected to testify.

Left: A witness chair sits in the U.S. House Judiciary Committee hearing room on Capitol Hill in Washington, U.S., June 14, 2019. The dark cloud of impeachment has threatened President Donald Trump for many months, with Democrats in the U.S. House of Representatives, where any such effort to remove Trump from office would begin, divided about whether to proceed. Picture taken June 14, 2019. REUTERS/Jonathan Ernst