WASHINGTON (AP) — Defying President Donald Trump, Vice President Mike Pence said Wednesday that he does not have the power to discard electoral votes that will make Democrat Joe Biden the next president on Jan. 20.

Pence said in a statement issued minutes before he was to begin presiding over a joint session of Congress to count those votes that it was “my considered judgement that my oath to support and defend the Constitution constrains me from claiming unilateral authority to determine which electoral votes should be counted and which should not.”

In the days before the joint session, Trump has pressured his vice president to toss electors from battleground states that voted for Biden to overturn the will of voters in a desperate and futile bid to undo President-elect Joe Biden’s victory in the November election.

“If Mike Pence does the right thing we win the election,” Trump told thousands of supporters who rallied Wednesday on the Ellipse, just south of the White House, an hour before the count in Congress was to begin.

“All Vice President Pence has to do is send it back to the states to recertify and we become president and you are the happiest people,” Trump said, repeating a falsehood he has been promoting leading up to the congressional session.

Trump repeatedly pressured Pence to act during his more than 75-minute speech to supporters. “Mike Pence is going to have to come through for us,” Trump said, “and if he doesn’t, it’s a sad day for our country.”

Shortly before the 1 p.m. start of the joint session and even as Trump continued his verbal haranguing, Pence made clear in a three-page letter that he would follow the Constitution, not the commander in chief. While Trump was speaking, Pence’s motorcade carried him through a heavily-secured Washington toward the Capitol, where thousands of Trump supporters were marching.

Pence has no unilateral power under the Constitution and congressional rules that govern the count. It is up to the House and Senate to voice objections, and states’ electors were chosen in accordance with state law, not fraudulently.

Beginning at 1 p.m., Pence began to open the certificates of the electoral votes from each state and present them to the appointed “tellers” from the House and Senate in alphabetical order. At the end of the count, Pence, seated on the House of Representatives’ rostrum, has the task of announcing who has won the majority of votes for both president and vice president.

Despite his largely ceremonial assignment, Pence has faced intense pressure from the president and legions of supporters who want the vice president to use the moment to overturn the will of the voters in a handful of battleground states. 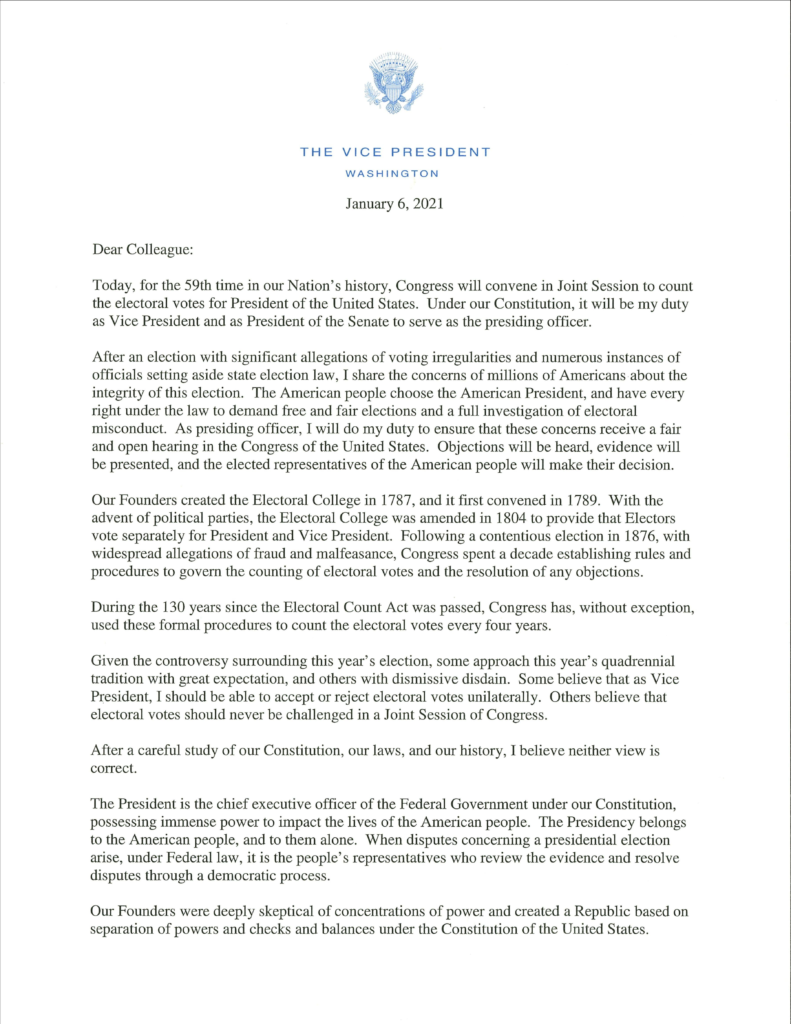 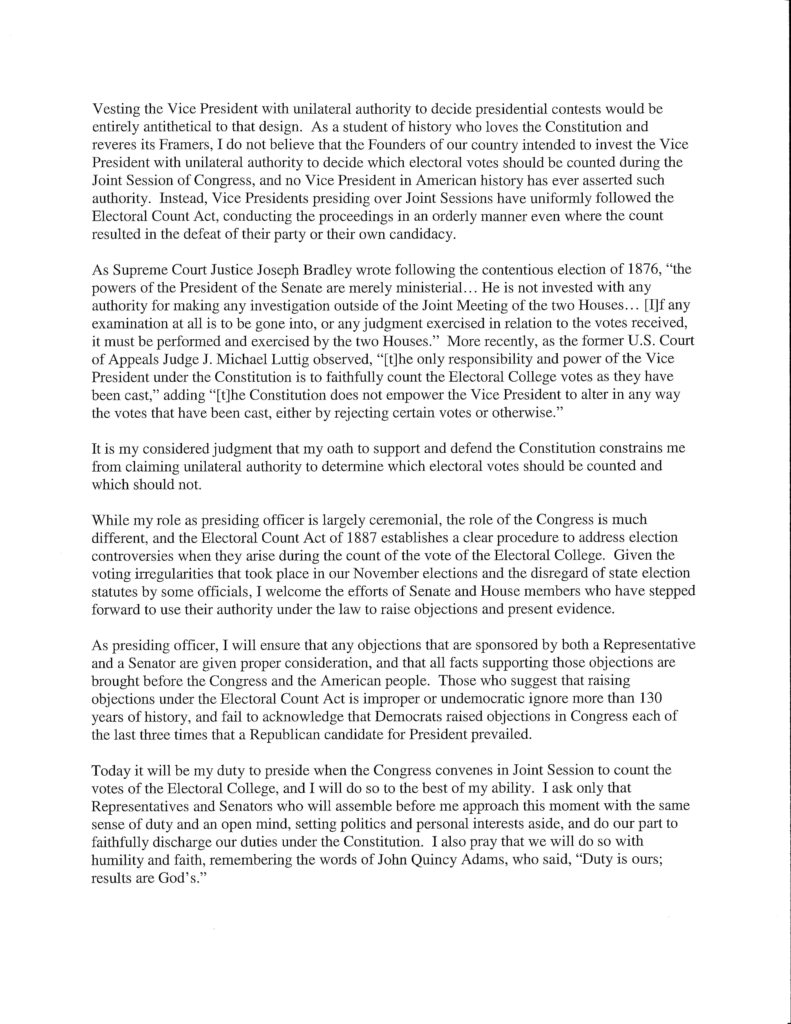 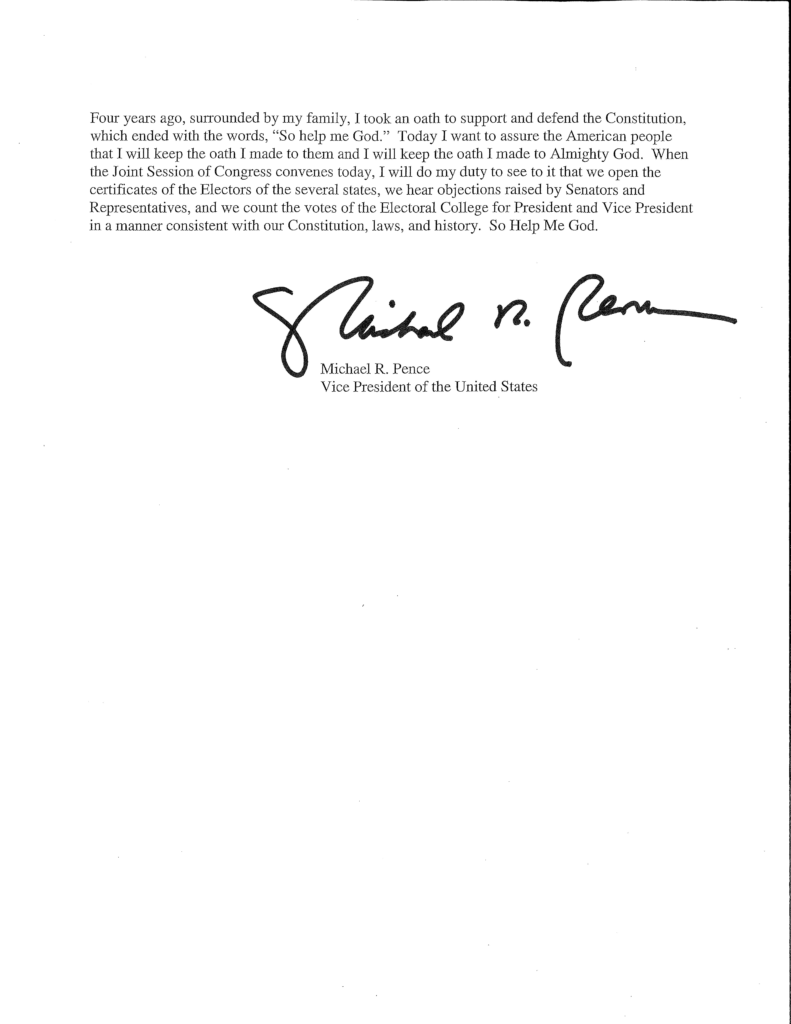