The U.S. ambassador to the European Union is distancing himself from President Donald Trump’s efforts to pressure Ukraine to investigate Trump’s Democratic rival Joe Biden.

Gordon Sondland plans to tell lawmakers on Thursday that he was disappointed Trump directed him to work with Trump’s personal lawyer Rudy Giuliani and that he believes it’s wrong to invite a foreign government to conduct investigations for the purpose of influencing American elections.

That’s according to a copy of Sondland’s prepared remarks obtained by The Associated Press.

READ MORE: In remarks on Ukraine, Sondland distances himself from Trump

Sondland is the latest current or former government official to appear before the House impeachment inquiry of Trump.

Sondland will say that he disagreed with Trump’s decision to involve Giuliani and that he didn’t know until later that Giuliani’s agenda included encouraging a Biden investigation.

Trump has denied doing anything wrong. 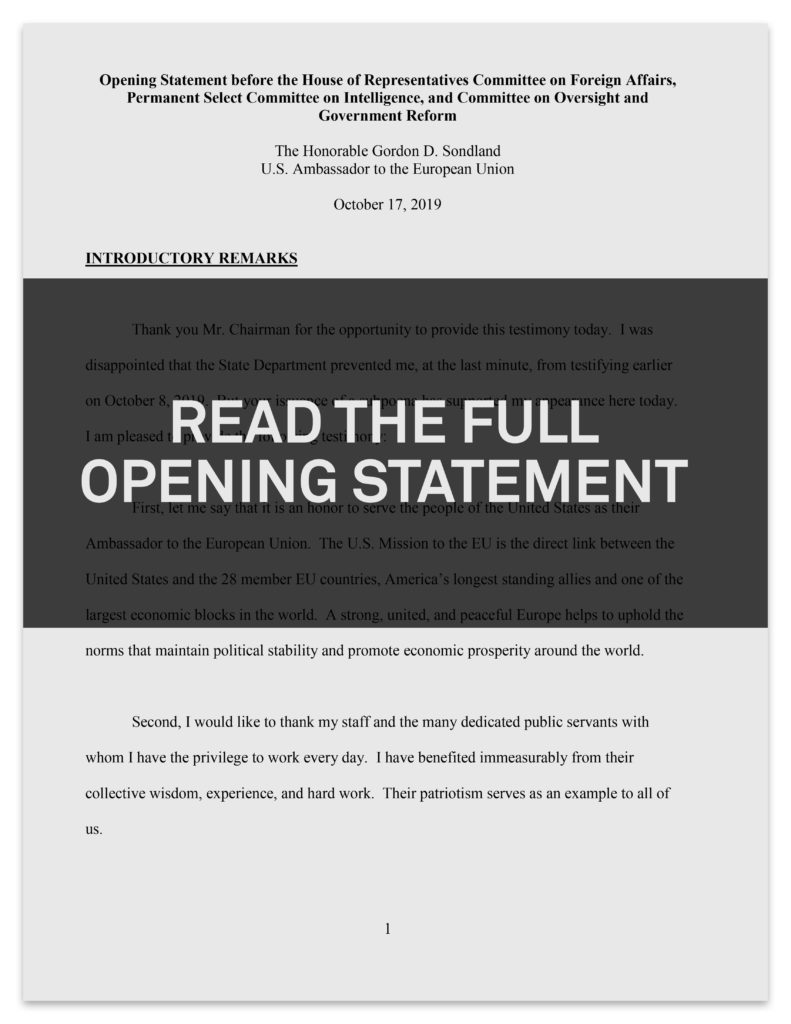 Left: U.S. Ambassador to the European Union Gordon Sondland arrives on Capitol Hill before testifying to congress behind closed doors, as part of the impeachment inquiry led by the House Intelligence, House Foreign Affairs and House Oversight and Reform Committee, in Washington, U.S., October 17, 2019. Photo by Tom Brenner/Reuters