Read the full GOP memo on the Russia investigation

WASHINGTON — The GOP-led House intelligence panel has released a memo alleging the FBI abused government surveillance in its Russia probe.

Earlier Friday, President Donald Trump approved releasing the memo from the panel, which is chaired by Rep. Devin Nunes. The FBI and Justice Department have disputed its accuracy and said that it lacks important context.

Read the full memo below. (Track the latest developments about the release of the memo here).

READ MORE: We annotated the full Nunes memo on the Russia probe 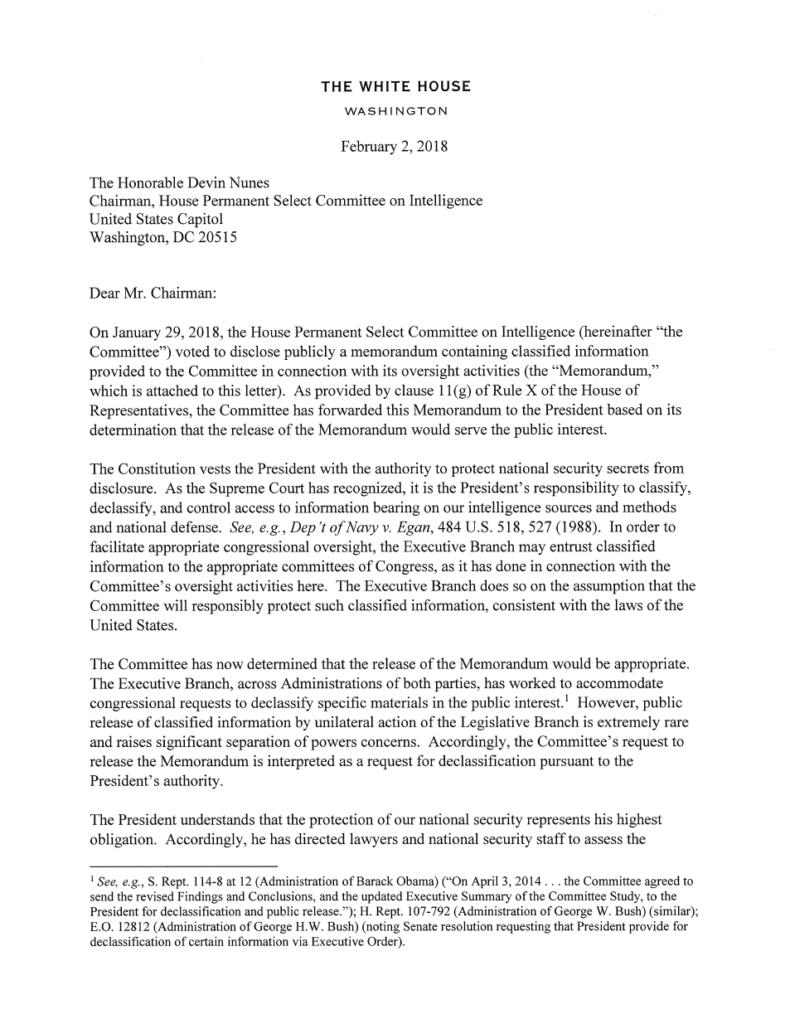 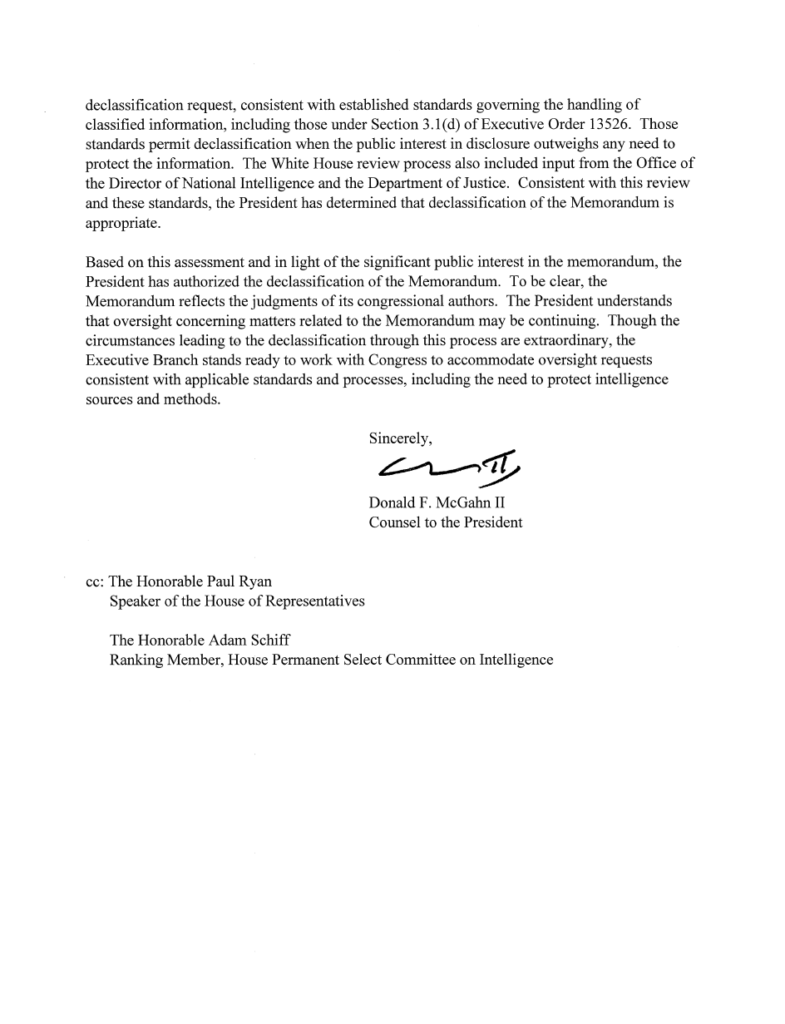 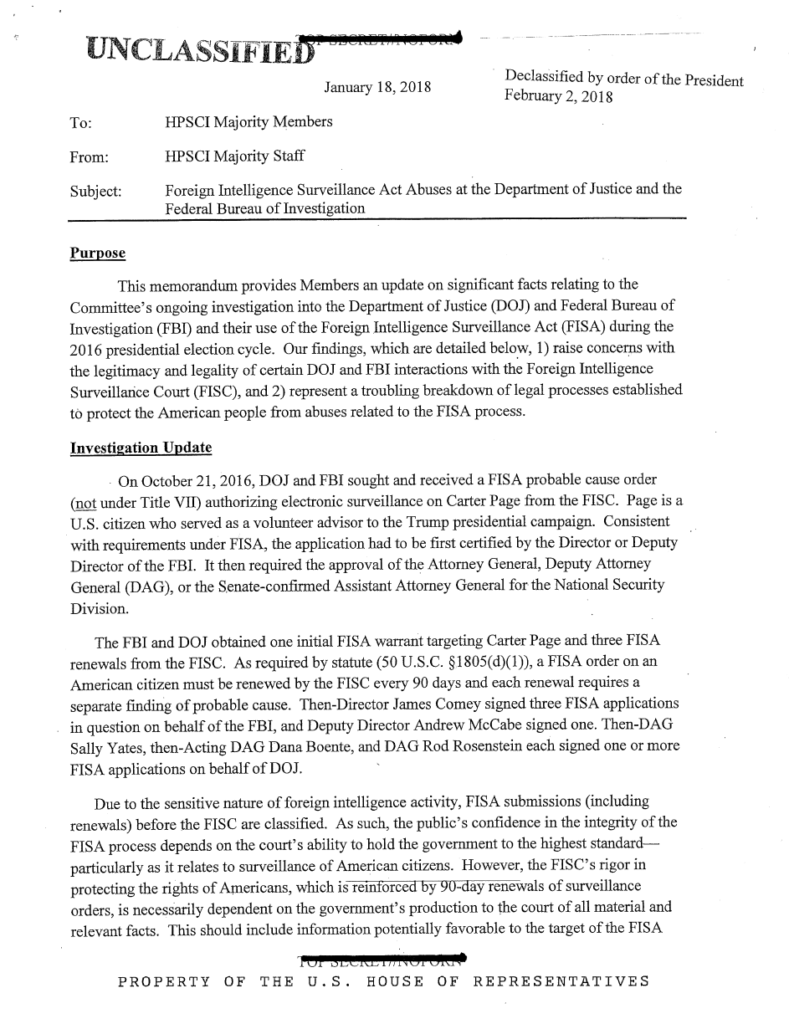 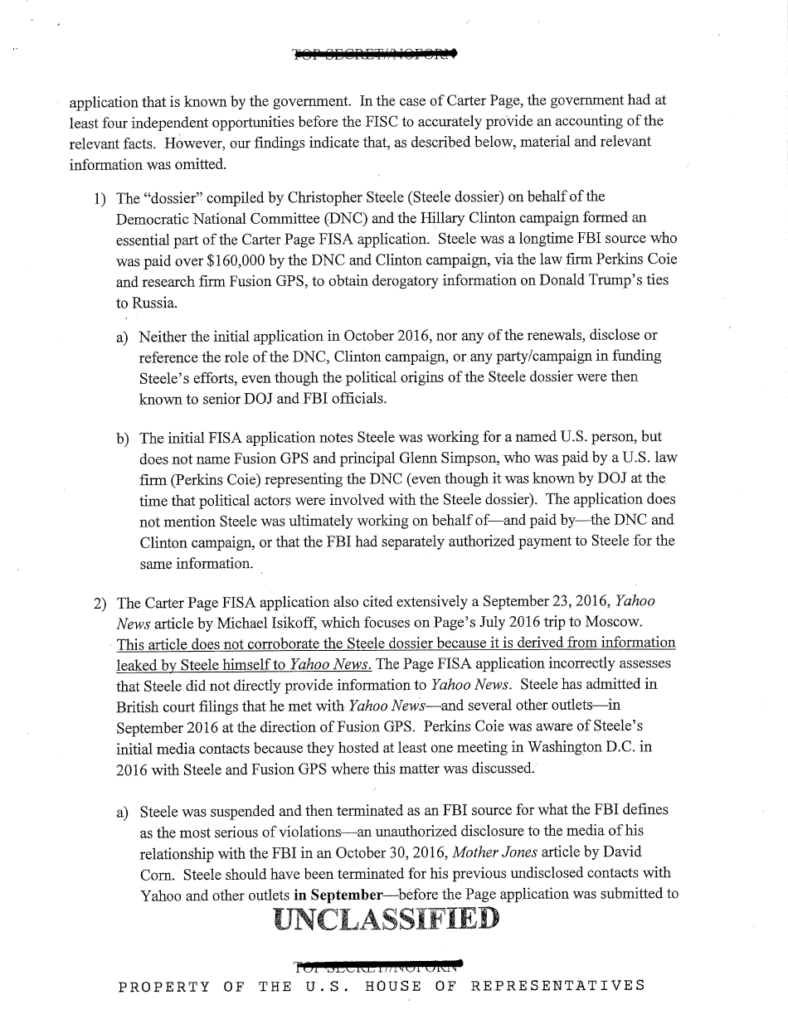 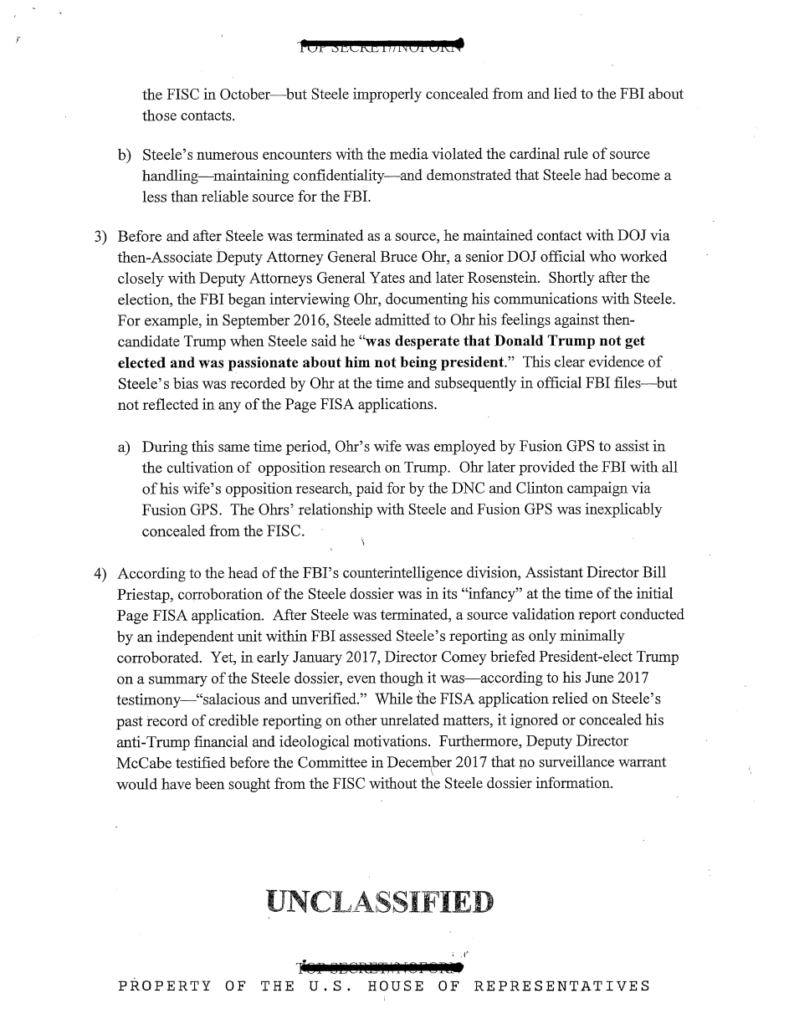 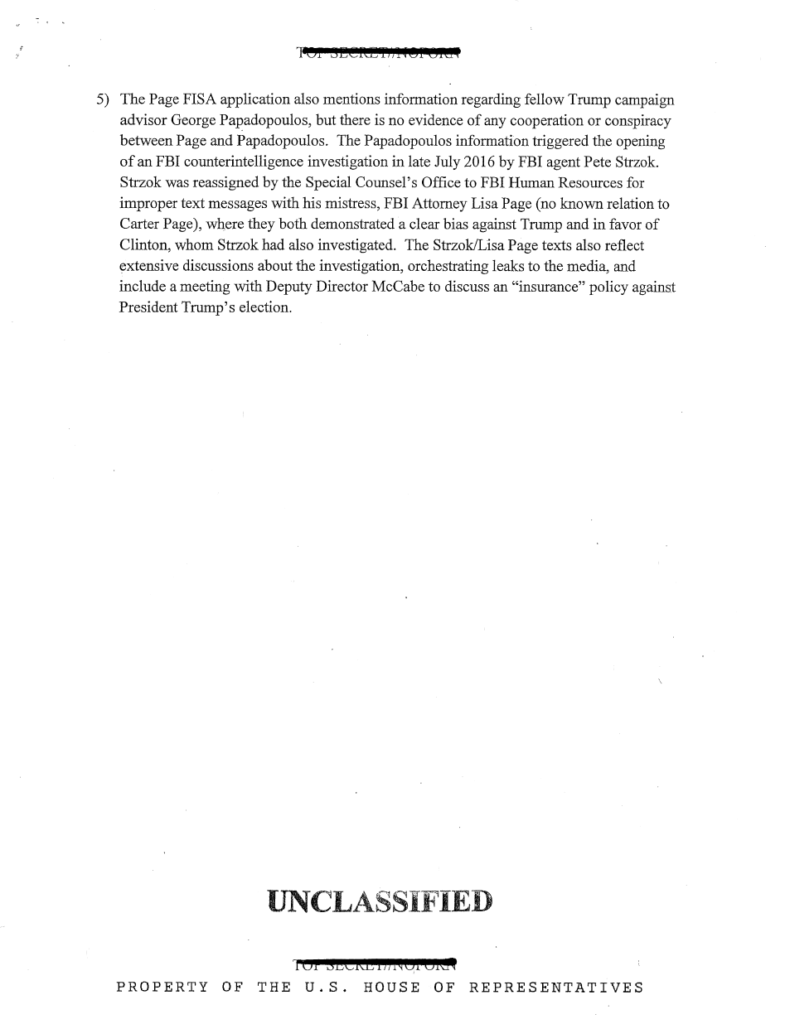