Read the full GOP report on the House impeachment inquiry

The GOP report ultimately concluded that the Democratic-led House Intelligence Committee’s hearings did not provide evidence that is sufficient to impeach the president. “The evidence presented does not prove any of these Democrat allegations, and none of the Democrats’ witnesses testified to having evidence of bribery, extortion, or any high crime or misdemeanor.”

The impeachment inquiry has focused on a July 25 phone call in which Trump asked the president of Ukraine, Volodymyr Zelensky, to investigate former vice president and 2020 presidential candidate Joe Biden and his son, Hunter. 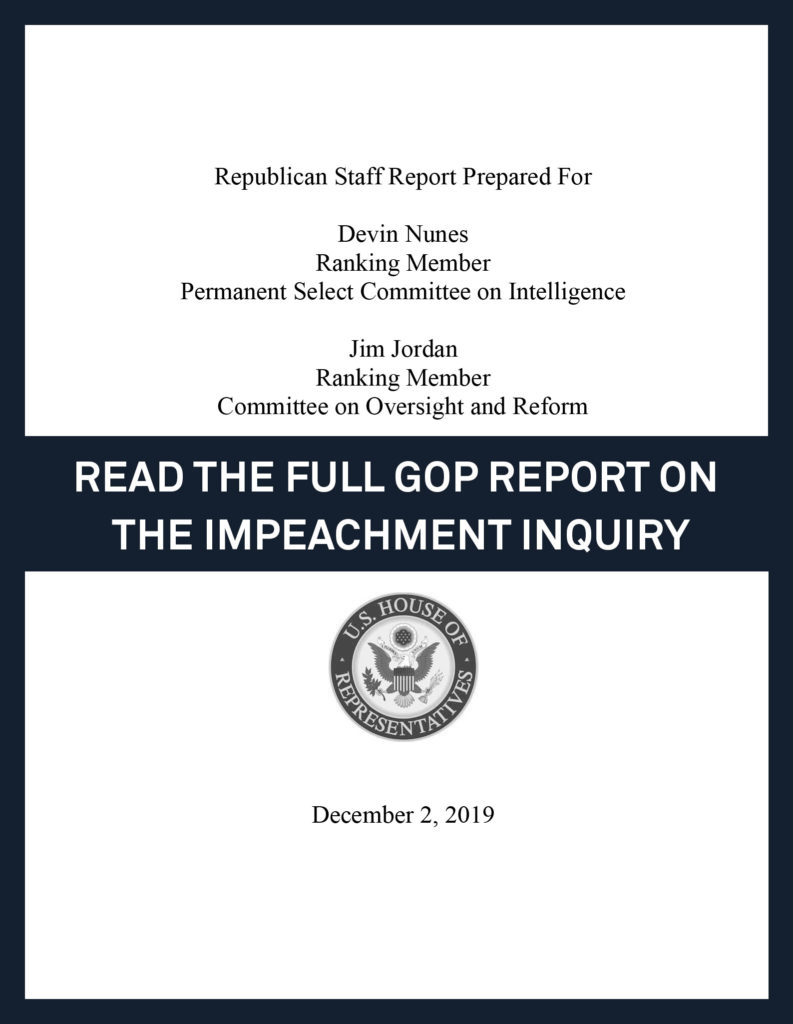 Following the release of the GOP report, Chairman of the Intelligence Committee, Rep. Adam Schiff said “The Minority’s rebuttal document, intended for an audience of one, ignores voluminous evidence that the president used the power of his office to pressure Ukraine into investigating his political rival by withholding military aid and a White House meeting the President of Ukraine desperately sought. In so doing, the President undermined our national security and the integrity of our elections.”

Schiff went on to say, “Tellingly, the Minority dismisses this as just part of the President’s ‘outside the beltway’ thinking. It is more accurately, outside the law and constitution, and a violation of his oath of office.”