Read the full House Democratic report on the impeachment inquiry

Democrats on the House Intelligence Committee released their report on the impeachment inquiry into President Donald Trump. The report is the culmination of a months-long investigation during which the House Intelligence Committee heard testimony from U.S. diplomats and Trump administration officials. It now goes to the House Judiciary Committee, which will hold its first public hearing with law experts on Wednesday. The Judiciary Committee will determine whether to draft articles of impeachment for a full House vote.

On Monday, House Republicans released their own 110-page report, which concluded that the Democratic-led House Intelligence Committee’s hearings did not provide sufficient evidence to impeach Trump.

Attending the NATO summit in London this week, Trump criticized the House for moving forward Monday with impeachment proceedings while he is abroad. 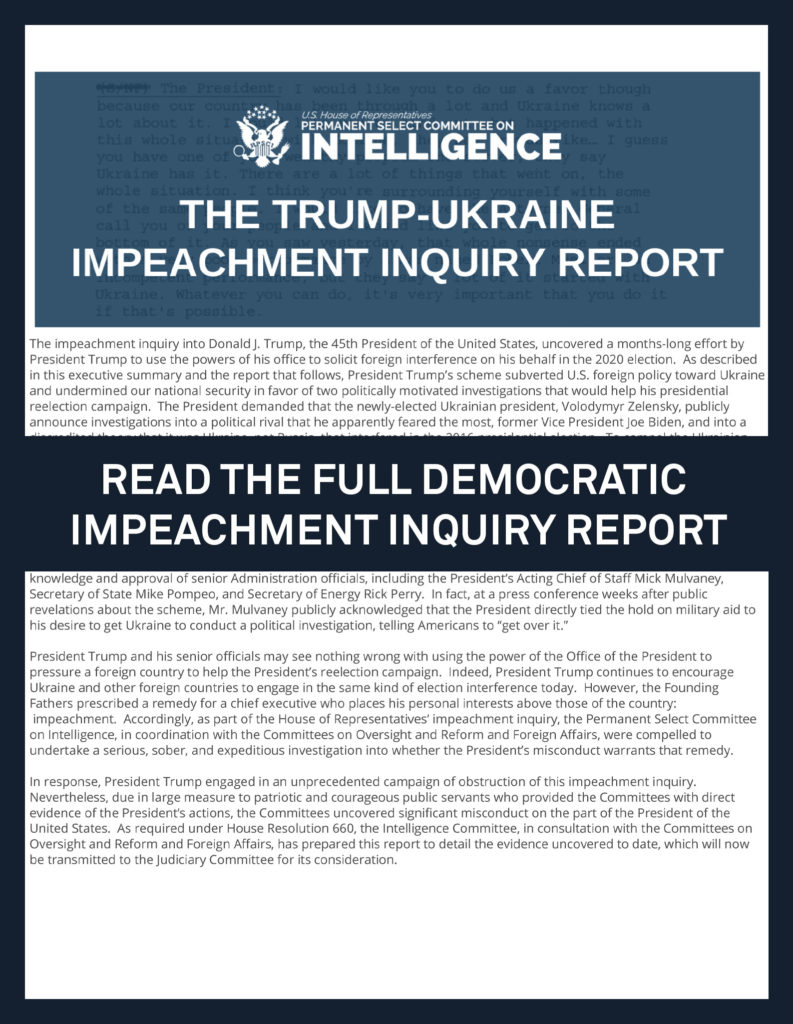