New York’s attorney general sued former President Donald Trump and his company on Wednesday, alleging business fraud involving some of their most prized assets, including properties in Manhattan, Chicago and Washington, D.C.

The lawsuit seeks to strike at the core of what made Trump famous, taking a blacklight to the image of wealth and opulence he’s embraced throughout his career — first as a real estate developer, then as a reality TV host on “The Apprentice” and “Celebrity Apprentice,” and later as president. 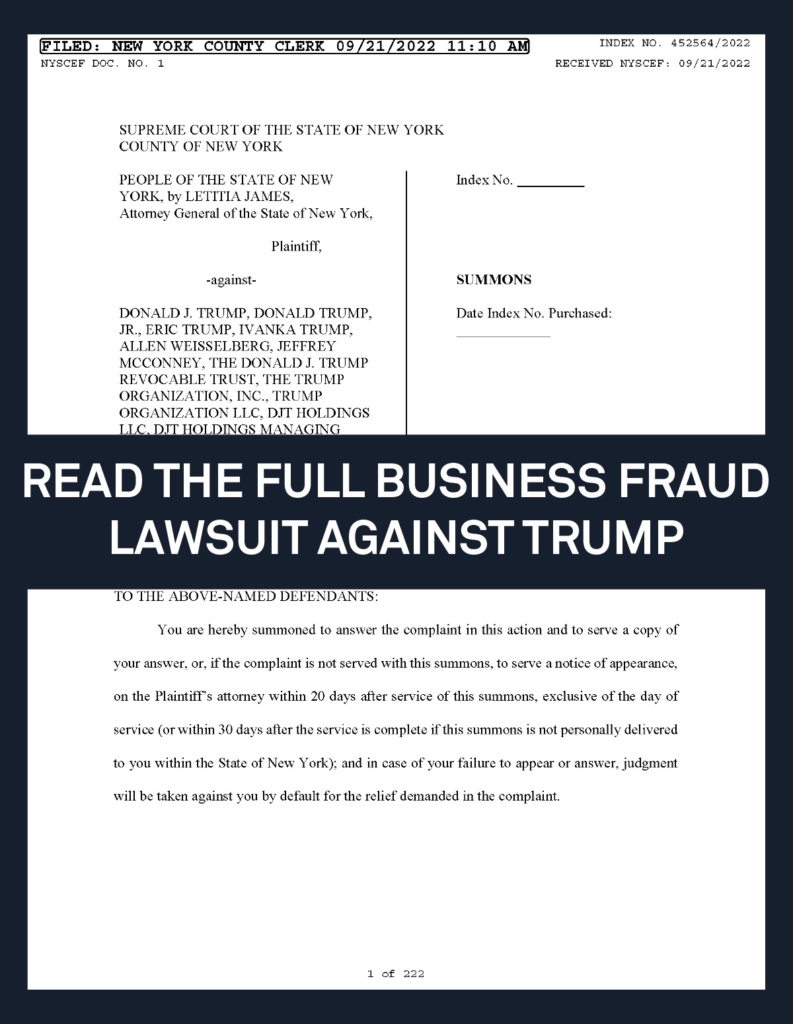