Read the full text of Democrats’ ‘Justice in Policing Act’

Democrats in the House and Senate on Monday introduced a bill aimed at curbing police misconduct and use of force amid nationwide calls for reform following the killings of Breonna Taylor in Kentucky and George Floyd in Minnesota.

“A profession where you have the power to kill should be a profession that requires highly trained officers who are accountable to the public,” said Rep. Karen Bass, chair of the Congressional Black Caucus, during a press conference Monday on the legislation.

The bill would mandate a number of changes, including banning federal police from choking measures like the one used on Floyd, and banning the use of no-knock warrants for federal drug investigations. Taylor, 26, died after being shot by local police who entered her home unannounced to execute a drug warrant.

In addition to restricting use of force at the federal level, the measure also conditions federal funding to state and local police agencies on the implementation of certain reform efforts. 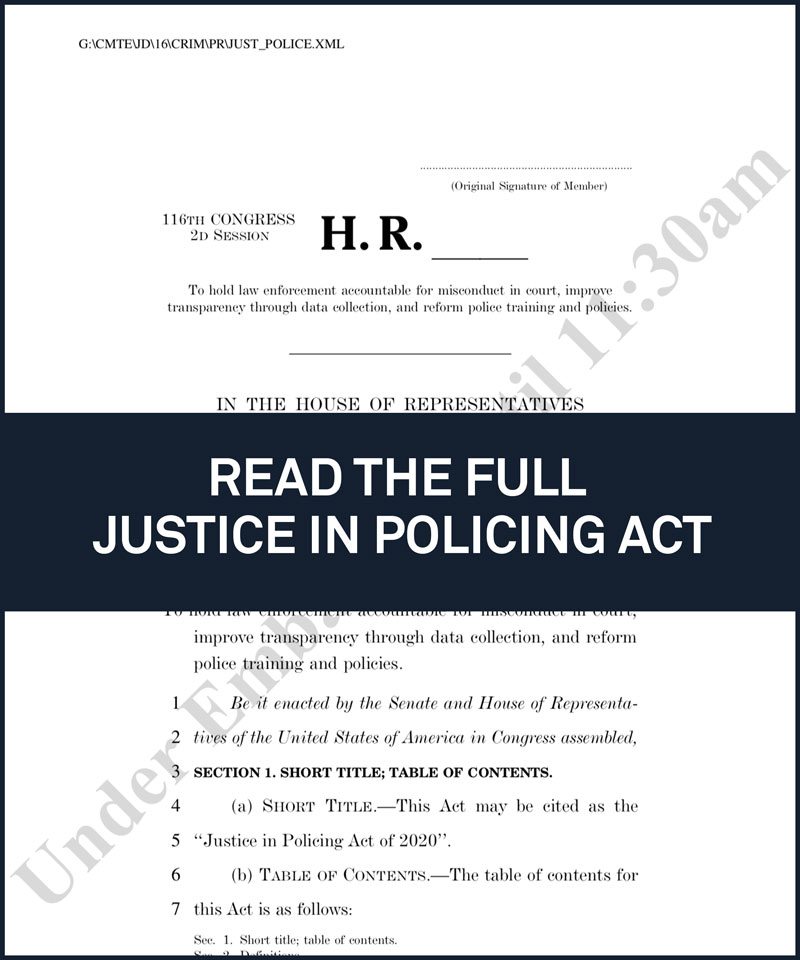 Read the full text of the Justice in Policing Act here.

Left: U.S. House Speaker Nancy Pelosi (D-CA) stands with Congressional Democrats as she addresses a news conference to unveil legislation to combat police violence and racial injustice after weeks of protests against racial inequality in the aftermath in Minneapolis police custody of George Floyd, at the U.S. Capitol in Washington, U.S., June 8, 2020. REUTERS/Jonathan Ernst