A five-page summary of the call detailed a conversation between Trump and Ukrainian President Volodymyr Zelenskiy. 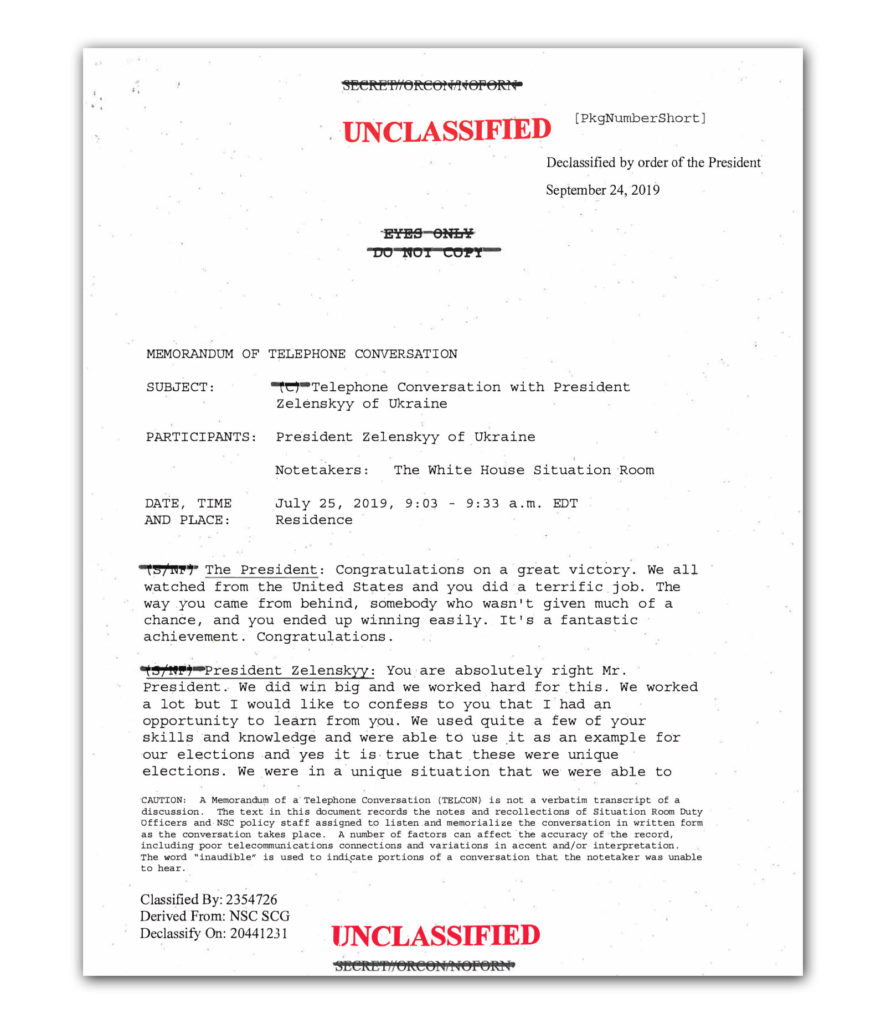 It’s just one piece of an overall complaint made in mid-August by a whistleblower.

In addition, the memo shows that the president made reference to the private cybersecurity firm that investigated Russia’s hack of the Democratic National Committee servers during the 2016 election.

Trump suggests that Ukraine may be in the possession of the email server, though it’s unclear what he’s referring to.

Trump also says he’d like to have his attorney general “call you or your people and I would like you to get to the bottom of it.”