The charging document was shared by the Special Counsel Office amid reports that Manafort would take a plea deal to avoid another trial. According to the new charging documents, prosecutors said evidence suggests Manafort tampered with witnesses. And for a decade, prosecutors said Manafort and his associates laundered money, committed tax fraud, failed to report foreign bank accounts or file as a foreign agent and lied to investigators from the Department of Justice.

The Associated Press reports that the nature of the charges filed on Friday signal that Manafort has reached a plea deal with federal prosecutors.

Read the new charging documents in full below: 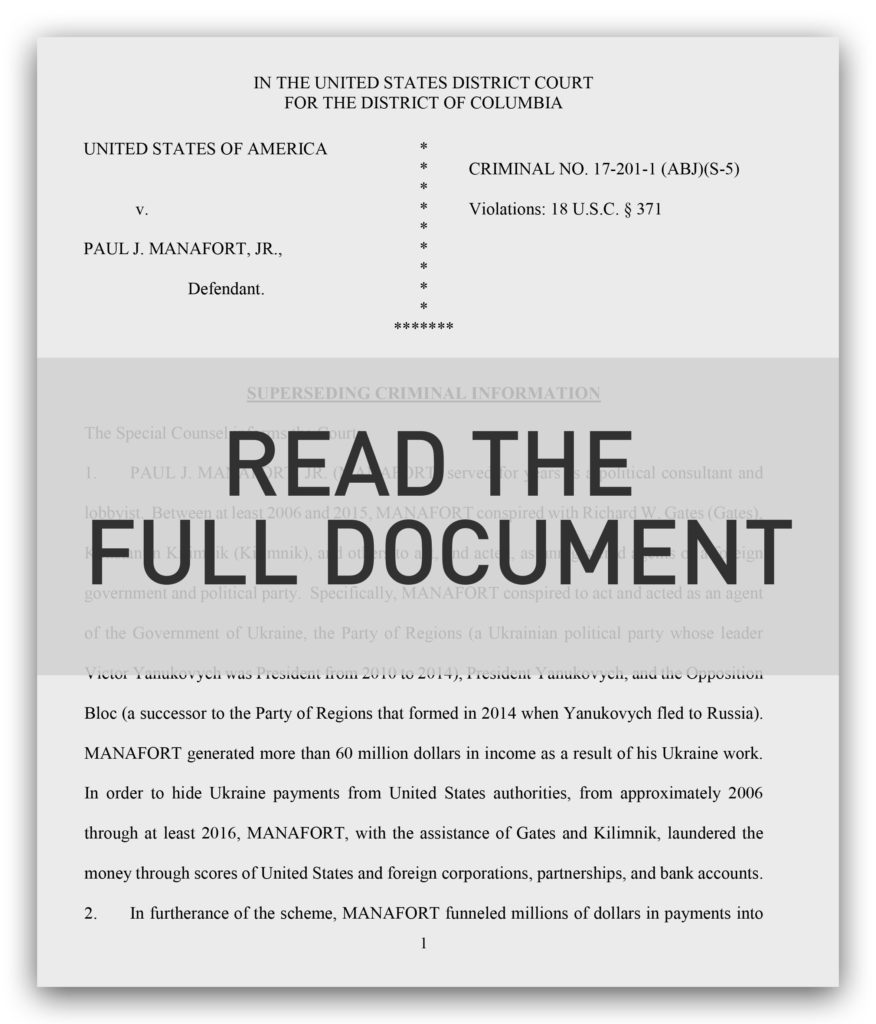