WASHINGTON (AP) — The Supreme Court has ended constitutional protections for abortion that had been in place nearly 50 years in a decision by its conservative majority to overturn Roe v. Wade. Friday’s outcome is expected to lead to abortion bans in roughly half the states.

The decision, unthinkable just a few years ago, was the culmination of decades of efforts by abortion opponents, made possible by an emboldened right side of the court that has been fortified by three appointees of former President Donald Trump.

The ruling came more than a month after the stunning leak of a draft opinion by Justice Samuel Alito indicating the court was prepared to take this momentous step.

It puts the court at odds with a majority of Americans who favored preserving Roe, according to opinion polls.

Alito, in the final opinion issued Friday, wrote that Roe and Planned Parenthood v. Casey, the 1992 decision that reaffirmed the right to abortion, were wrong the day they were decided and must be overturned. 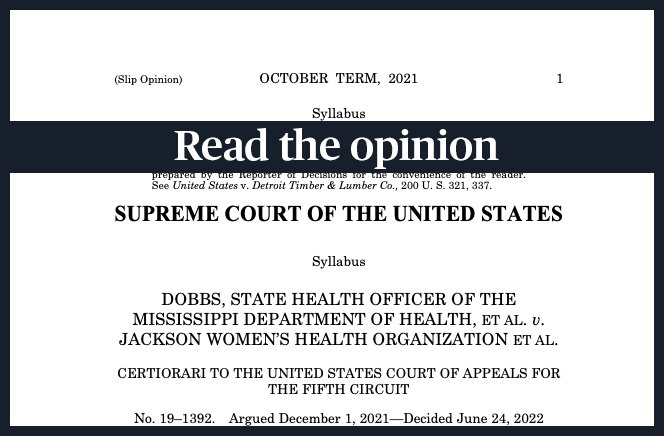 Left: FILE PHOTO: A visitor runs across the Supreme Court Plaza while attempting to catch their school group, at the U.S. Supreme Court on Capitol Hill in Washington, U.S., February 22, 2022. REUTERS/Tom Brenner/File Photo

Women reflect on what life was like before Roe v. Wade