WASHINGTON (AP) — A senior Trump administration official said the White House will not participate in the House Judiciary Committee’s next impeachment hearing.

The decision came Friday in a letter from White House counsel Pat Cipollone.

Read the letter below.

The letter addressed to the Democratic chairman of the Judiciary Committee, Jerrold Nadler, did not expressly state the White House’s refusal to participate. But a senior administration official said after the two-paragraph letter was released that that was the point it was intended to communicate.

In the letter, Cipollone accuses House Democrats leading the inquiry of wasting America’s time “with this charade” and that adopting articles of impeachment against President Donald Trump would amount to a “reckless abuse of power.”

“Whatever course you choose, as the President has recently stated: ‘if you are going to impeach me, do it now, fast, so we can have a fair trial in the Senate, and so that our country can get back to business,'” Cipollone, citing a tweet from Trump this week.

The decision comes one day after House Speaker Nancy Pelosi announced that she had instructed the committee chairmen leading the inquiry to move forward with drafting articles of impeachment against Trump.

The White House had faced a Friday evening deadline to inform the House Judiciary Committee whether or not it intended to have legal representation at a hearing scheduled for Monday morning that will focus on an impeachment report recently released by the House Intelligence Committee. 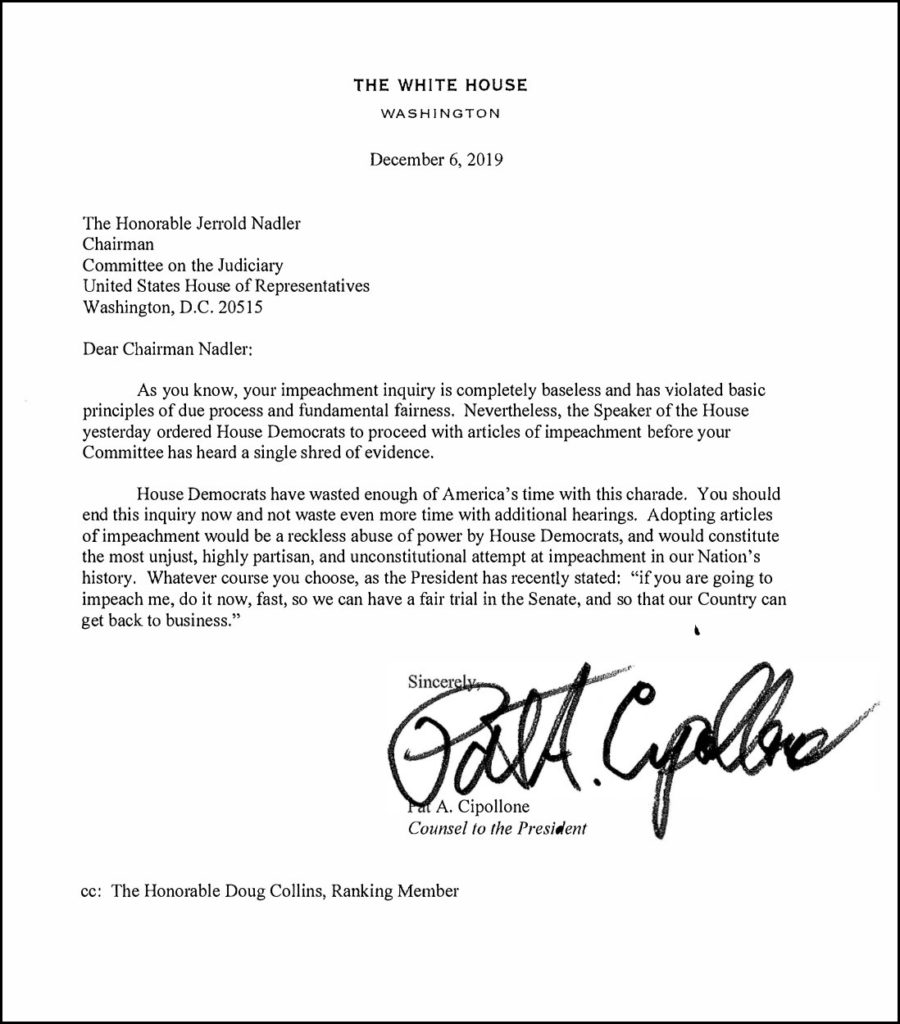 Left: President Donald Trump departs for travel to Louisiana from the White House in Washington, on Nov. 14, 2019. Photo by REUTERS/Jonathan Ernst