Read what the inspector general said about the ‘urgent’ whistleblower concern

The chairman of the House Intelligence Committee, Rep. Adam Schiff, D-Calif., released on Thursday two letters the committee received regarding a whistleblower complaint that administration officials are withholding from Congress.

The Washington Post reported that the complaint includes details of a “promise” President Donald Trump made to foreign leader. Acting Director of National Intelligence Joseph Maguire decided not to forward the complaint to Congress after consulting with the Department of Justice.

In the letters, Inspector General Michael Atkinson, who is the internal watchdog for the intelligence community, details his concerns and states he believes the complaint being kept from Congress is both urgent and “relates to one of the most important and significant of the (Director of National Intelligence)’s responsibilities to the American people.” 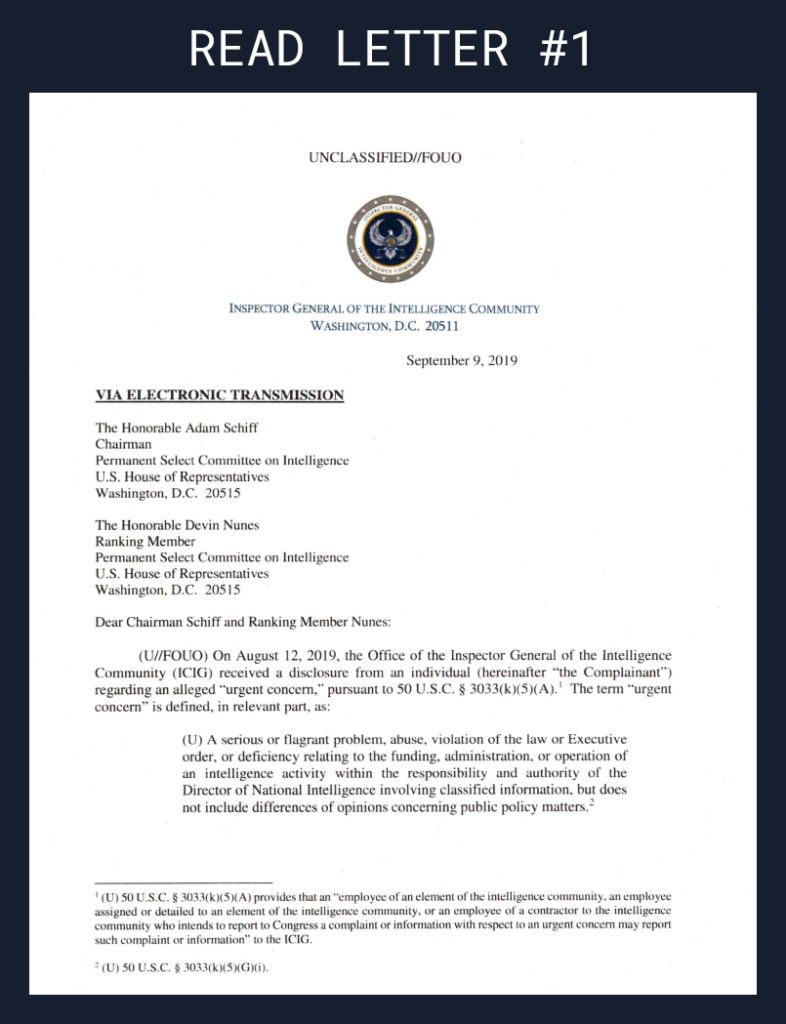 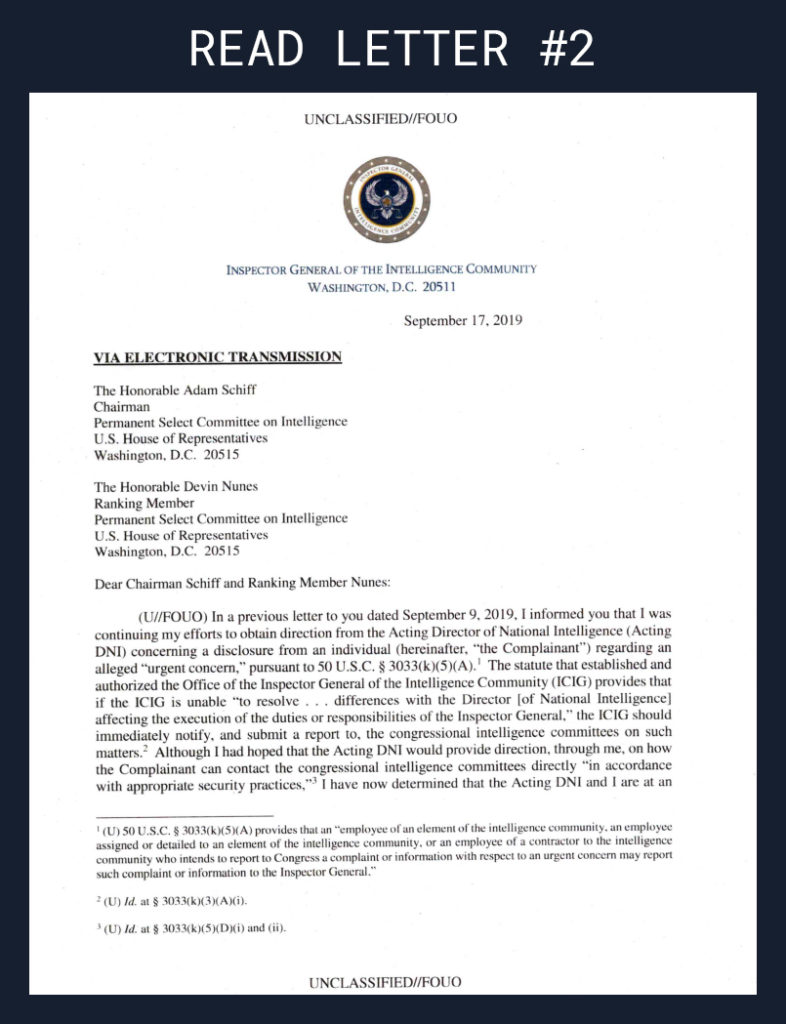