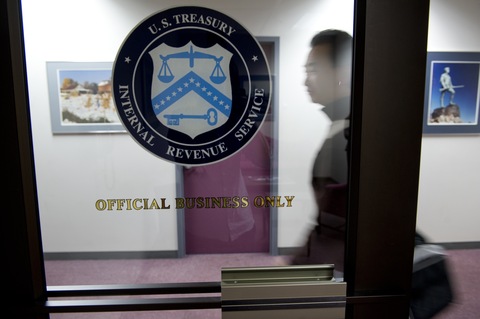 At this point, there appears to be more heat than light when it comes to discussion of the Internal Revenue Service’s singling out of conservative groups for extra scrutiny when applying for tax-exempt status.

After a week of public statements of outrage, the release of a Treasury Department inspector general’s report, the resignation of two IRS officials and the first congressional hearing on the matter, some guests on the Sunday talk shows still had much to say about it.

On NBC News’ “Meet the Press,” Senate Minority Leader Mitch McConnell, R-Ky., charged that the IRS scandal reflected “a culture of intimidation throughout the administration.”

Host David Gregory pressed McConnell for proof of his assertion: “You can you talk about a culture. Do you have any evidence that the President of the United States directed what you call a culture of intimidation at the IRS to target political opponents?”

“I don’t think we know what the facts are,” McConnell responded. “The investigation has just begun. So I’m not going to reach a conclusion about what we may find, but what we do know happened is they were targeting Tea Party groups. We know that.”

Some GOP lawmakers have called for criminal charges to be leveled against those responsible for implementing the practices. White House senior adviser Dan Pfeiffer said Sunday that questions about whether the actions broke the law were “irrelevant” because they were simply wrong on their face.

“The law is irrelevant. The activity was outrageous and inexcusable, and it was stopped,” Pfeiffer said on ABC News’ “This Week.” “We need it to be fixed, so we can ensure it never happens again.”

At which point host George Stephanopoulos responded: “You don’t really mean the law is irrelevant, do you?”

“What I mean is that whether it’s legal, or illegal is — is not important to the fact that it — that, the conduct as a matter. The Department of Justice said they’re looking into the legality of this. The president is not going to wait for that. We have to make sure it doesn’t happen again regardless of how that turns out,” Pfeiffer said.

A CNN/Opinion Research poll released Sunday found that the IRS controversy had not harmed President Barack Obama’s approval rating. According to the survey 53 percent of Americans said they approved of the president’s job performance, while 45 percent disapproved.

With 55 percent of the public saying the IRS matter was “very important,” which means the it will remain a focal point for both the administration and members of Congress in the weeks to come. There will be two more congressional hearings this week looking into the agency’s practices, beginning with the Senate Finance Committee on Tuesday.

The House Oversight and Government Affairs Committee will hold a session Wednesday that will include former IRS commissioner Doug Shulman, who testified last year that there was “absolutely no targeting” of conservative groups.

BuzzFeed reported over the weekend that the chair of that panel, California Republican Darrell Issa, first learned about the Treasury Department’s audit in July 2012.

And the Wall Street’ Journal’s Peter Nicholas reported Sunday on new information about when the White House first learned of the Treasury Department’s audit of IRS activities:

The White House’s chief lawyer learned weeks ago that an audit of the Internal Revenue Service likely would show that agency employees inappropriately targeted conservative groups, a senior White House official said Sunday. That disclosure has prompted a debate over whether the president should have been notified at that time.

In the week of April 22, the Office of the White House Counsel and its head, Kathryn Ruemmler, were told by Treasury Department attorneys that an inspector general’s report was nearing completion, the White House official said. In that conversation, Ms. Ruemmler learned that “a small number of line IRS employees had improperly scrutinized certain…organizations by using words like ‘tea party’ and ‘patriot,’ ” the official said.

The New York Times outlined in great detail exactly what happened in the Cincinnati office. Among the tidbits in the Sunday front-page piece:

Overseen by a revolving cast of midlevel managers, stalled by miscommunication with I.R.S. lawyers and executives in Washington and confused about the rules they were enforcing, the Cincinnati specialists flagged virtually every application with Tea Party in its name. But their review went beyond conservative groups: more than 400 organizations came under scrutiny, including at least two dozen liberal-leaning ones and some that were seemingly apolitical.

The American Center for Law and Justice is representing 27 tea party groups touched by the IRS scandal and likely will press lawsuits on behalf of some of those groups against the government, ABC News reported.

The NewsHour’s special report looking back at the 40-year anniversary of the Senate Watergate hearings, which launched the birth of a new type of journalism and a partnership between Jim Lehrer and Robert MacNeil, aired on Friday.

Jeffrey Brown explored the surprising and game-changing moments from the hearings with Lehrer and MacNeil in a piece produced by Elizabeth Summers.

Watch the special report here or below:

And check out our special Watergate page, which include’s Meena Ganesan’s look at where major figures from the Watergate era are today, Justin Scuiletti’s supercut of the hearings boiled down into 16-and-a-half minutes and viewers sharing what they remember from the summer of 1973.

.@anndromney and I had a great time on the #TonightShow. Thanks @jayleno for the lift home! twitter.com/MittRomney/sta…

It was very tasty

Dudes running shirtless in DC: It is a privilege not a right. I can’t emphasize this strongly enough.

Venezuela claims it’s short 40 million rolls of toilet paper. Hopefully it can reach under the stall and borrow some from Colombia.

A new study from Carnegie Mellon says our digital devices are making us all dumber. LOLZ!

make sure you check out bigpapi.com to help raise money for the boston marathon victims #PapiLovesBoston twitter.com/davidortiz/sta…