MONTGOMERY, Ala. — Failed candidate Roy Moore has doubled down on his claims of voter irregularities in Alabama’s U.S. Senate race in a last-ditch effort to stop the certification of the Democratic opponent who pulled off a historic upset last month in a traditionally deep-red state.

Moore asked a judge late Wednesday to issue a restraining order to stop the state’s canvassing board from certifying Doug Jones’ victory on Thursday. But Secretary of State John Merrill told The Associated Press that Moore’s action “is not going to delay certification and Doug Jones … will be sworn in by Vice President Pence on the third of January.”

A spokesman for Jones called Moore’s action a “desperate attempt … to subvert the will of the people,” and said it “will not succeed.”

“The election is over. It’s time to move on,” Sam Coleman wrote in an email. 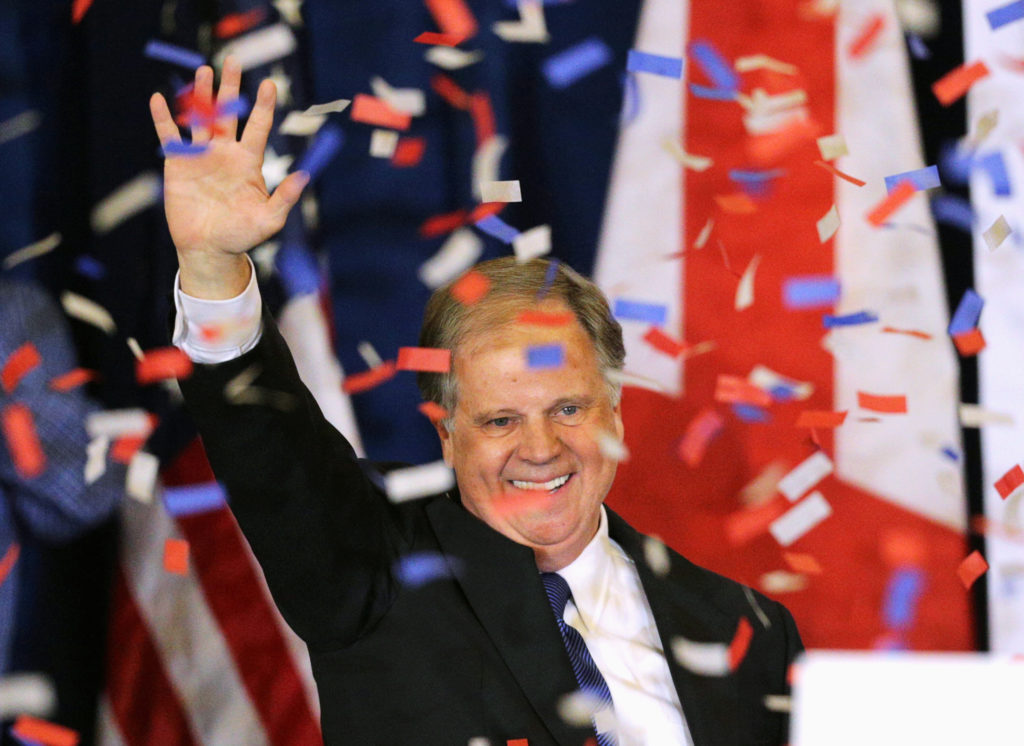 Jones defeated Moore by about 20,000 votes in the Dec. 12 special election. Moore’s campaign was deeply wounded by accusations of sexual misconduct involving teenage girls decades ago. Moore has denied the accusations and says he has taken and passed a polygraph test to prove they are false.

Moore’s attorney wrote in the wide-ranging complaint that he believed there were irregularities during the election, including that voters may have been brought in from other states. He attached a statement from a poll worker that she had noticed licenses from Georgia and North Carolina as people signed in to vote.

The complaint also noted the higher-than-expected turnout in the race, particularly in Jefferson County, and said that Moore’s numbers were lower than straight-ticket Republican voting in about 20 Jefferson County precincts. The complaint asks for a fraud investigation and eventually a new election.

“This is not a Republican or Democrat issue as election integrity should matter to everyone,” Moore said in a statement released Wednesday announcing the complaint.

Merrill said he has so far not found any evidence of voter fraud, but he has said that his office will investigate any complaint Moore submits.

Jones and Moore were competing to fill the U.S. Senate seat that previously belonged to Attorney General Jeff Sessions.