As soon as she learned on Twitter that he had dropped out of the race Wednesday, Harwood — a 29-year-old diehard Sanders supporter from the Des Moines area — officially submitted a new online voter registration form with the state of Iowa, switching her affiliation from the Democratic Party to “No Party,” the state’s classification for independent voters.

Harwood is planning to get more involved with the Democratic Socialists of America, a leading progressive group in the U.S. Voting for former Vice President Joe Biden, the likely Democratic presidential nominee, is out of the question, she said.

“I will never, ever vote for Joe Biden,” Harwood said.

Joe Dreinczyk, a 72-year-old Sanders supporter from New Hampshire, said he’ll vote for Biden in the general election because he wants President Donald Trump out of the White House. But Dreinczyk said he’s worried the Democratic Party will be less progressive with Sanders out of the primary race.

The movement Sanders built over two presidential campaigns will “probably get passed to AOC,” Dreinczyk said, referring to Rep. Alexandria Ocasio-Cortez, D-N.Y., a rising liberal star who campaigned for Sanders. “Her and her crowd, hopefully they’ll carry on the message.”

Sanders’ exit from the race brought some clarity to an election season that has been upended by the novel coronavirus pandemic. It paved the way for a Biden-Trump matchup in the fall, though the political calendar remains in flux due to the public health crisis.

But his decision also jump-started a debate among supporters, other Democrats and analysts over what Sanders’ impact on the Democratic Party will be.

Did the self-described democratic socialist who identifies as an independent in the Senate succeed in pushing the party to the left? What will happen to the progressive wing of the party now that the Vermont senator has ended his five-year quest for the presidency?

In interviews with Democrats across the country after Sanders suspended his campaign, some argued that his 2016 and 2020 White House bids permanently reshaped the conversation around universal health care, raising the minimum wage, and paid family and sick leave, among other issues.

By promoting an unabashedly liberal agenda, Sanders brought progressive policies into the mainstream of the Democratic Party, said Richard Smith, the president of a metalworkers union in Maine. 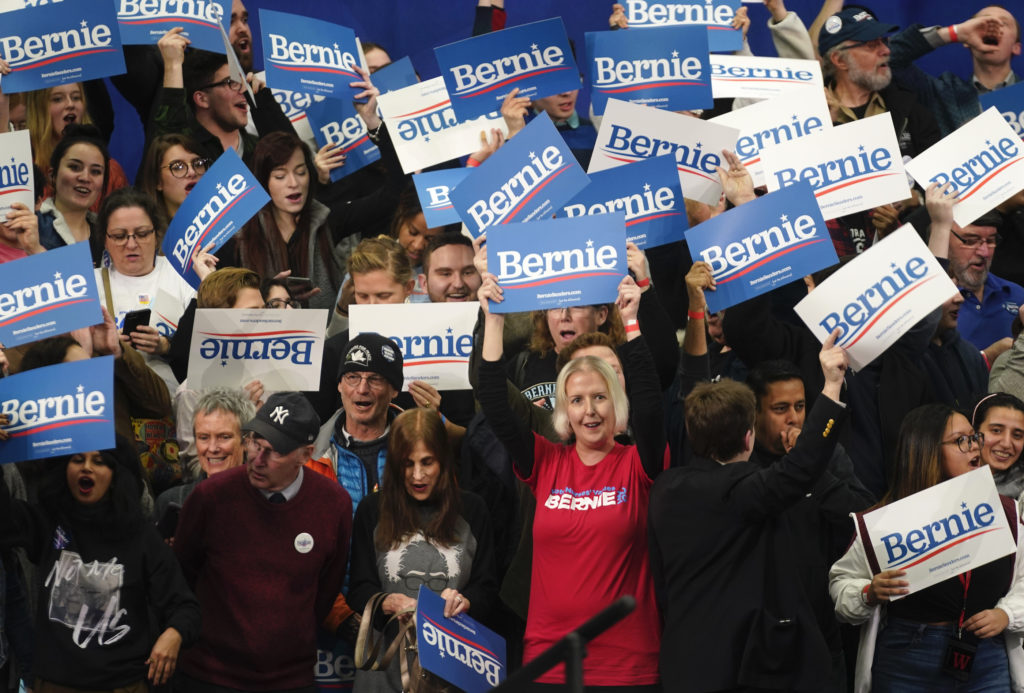 “Sanders put disenfranchised people at the forefront of his policies,” he said. “More so than any mainstream politician, Sanders really articulated to me, and a lot of folks that I know personally, the struggles that everyday Americans are facing.”

In a statement on Sanders’ decision to leave the race, Biden praised Sanders for energizing younger voters. Biden also said he believed the Vermont senator would have a lasting impact on national politics. “Bernie has done something rare in politics. He hasn’t just run a political campaign; he’s created a movement,” Biden said.

Political scientists said it’s still too early to tell if Sanders has had a transformative effect on the Democratic Party. Other progressive figures in recent decades have tried and failed to shift the party from the center-left to the left, said Dennis Goldford, a political science professor at Drake University.

Goldford pointed to George McGovern, the 1972 Democratic presidential nominee who is widely seen as the party’s most liberal standard bearer in the post-war era. McGovern lost the general election in a landslide to then-President Richard Nixon; instead of moving further to the left, the Democratic Party responded by nominating a far more conservative figure in Jimmy Carter four years later.

“There’s a strong individualist strain in the American political culture, and for good or ill Sanders ran against that current. Did he weaken it somewhat? That remains to be seen,” Goldford said.

Danielle Vinson, a political science professor at Furman University, said Sanders deserves credit for bringing more young voters to the polls. But young voters did not turn out in the numbers that his campaign had expected in 2020, Vinson said, and Sanders failed to win over minority voters.

If Sanders truly changed the Democratic Party, the results would have been different, Vinson said. “That’s been proven by the fact that Sanders lost twice,” she said.

“I do think what he’s left behind is a very enthusiastic younger audience for progressive ideas. That may be a more lasting legacy,” Vinson added. “I don’t think the party is going to move as far as Sanders would like, or certainly as much as he would have taken it.”

Ardent Sanders supporters argued that his two runner-up finishes in 2016 and 2020 offer proof that Democrats as a whole are becoming increasingly liberal.

But some acknowledged that Sanders made mistakes as a presidential candidate that caused him to fall short — and that could make it harder for other progressives to build on his success.

“Bernie Sanders sometimes is kind of an ***hole and condescending to people he disagrees with,” said Dominguez, who voted for Sanders in the Texas primary. That trait came out in particular in Sanders’ frequent criticisms of the Democatic National Committee, Dominguez said. “That became very clear, especially towards the end of this primary. A lot of Democrats, establishment or not, were not O.K. with Sanders being at the top of the ticket.” 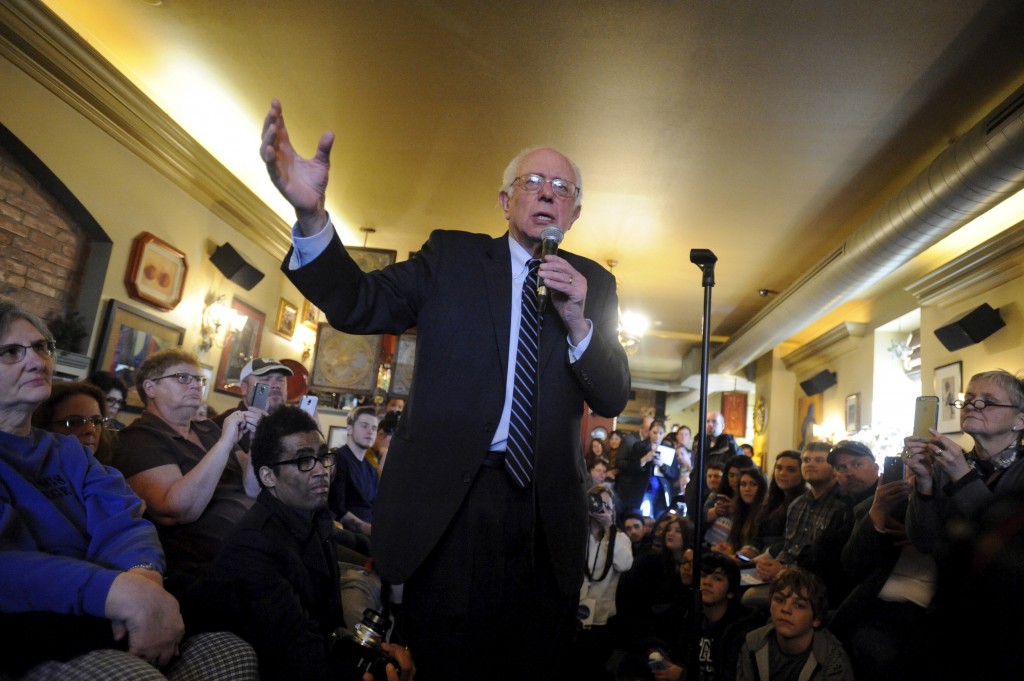 Sanders speaks at a campaign event in Washington, Iowa on January 29, 2016. Mark Kauzlarich/Reuters

Others said they faulted Sanders for his inability to control supporters who engaged in sexist attacks against Hillary Clinton in 2016 and some of his primary rivals in 2020.

“You can’t control all of your followers, that’s true. But he didn’t say enough” early on in either race to discourage bad behavior, said Alyssa Jakowchuk, 33, an Iowa Democrat who caucused for Sanders in 2016 but supported Sen. Elizabeth Warren in 2020. The controversy surrounding his support online will be a part of his legacy, she added.

Some of Sanders’ supporters were “mean and vicious and just attacking everybody who’s not a pure Bernie follower. That was sort of a problem,” Jakowchuk said.

And while many Democrats said they appreciated Sanders’ unwavering discipline as a candidate, some said they grew tired of his tendency to yell at debates and campaign rallies. His refusal to show any flexibility — in his personal demeanor as well as his policy platform — attracted followers but it also may have turned off some voters from his cause.

In contrast, younger political figures have shown a better understanding of how to modulate their public personas without compromising on core values, Jakowchuk said.

“He was always on message, which is good. But take a look at AOC,” she said. “She is always on message too, all the time, at rallies and at work. But she’s also on message when she posts on Instagram about her dog. You can see different sides of a woman who is fully formed, who’s three-dimensional.”

Sanders’ influence on the party going forward will depend in part on how much he stays in the spotlight, versus taking a back seat to allow new progressive leaders to step forward. Sanders could continue to play a leading role from his perch in the U.S. Senate. In recent weeks, Sanders has spoken up frequently about ways to handle the coronavirus, suggesting he isn’t planning to fade into the background.

“He will remain an incredibly important figure in the Democratic Party, no question,” said Lily Adams, a former campaign aide to Sen. Kamala Harris who works for the pro-Biden super PAC Unite Our Country.

“There will be other new, younger leaders — there already are — who are making a name for themselves. But he’ll continue to be an important voice,” Adams said.

Harwood, the Sanders supporter who left the Democratic Party after he left the race, said she was confident the progressive movement he championed would continue even if he is no longer at the forefront.

The Sanders campaign “was this place where it felt like a huge range of disparate leftist movements that had been spinning their wheels over time kind of coalesced,” Harwood said. “It’s much less of a movement with a figurehead, because that’s kind of not the point. It’s people working together.”