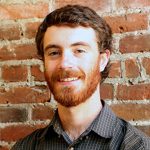 Trump has long threatened to punish cities that don’t help federal immigration agents track down or detain undocumented immigrants. If successful, this lawsuit could render that punishment illegal.

The case will make two arguments. One, that the federal government cannot order local police departments to do anything or coerce action by threatening to withhold dollars.

Second, the city will argue that they have not done anything illegal. Even if the city wanted to help, lawyers will argue, they cannot because the city doesn’t collect information on undocumented immigrants.

The city will spare no expense in its fight: High profile East Coast law firm Mayer Brown will head up the case, with attorney Andrew Pincus taking a major role. Pincus has argued more than two dozen cases before the U.S. Supreme Court. He more recently took a frontline role in representing two Yemeni men detained at the Dulles Airport in Washington D.C. after President Trump signed his first ban on travelers from seven majority Muslim countries.

San Francisco, as well as the smaller towns of Lawrence and Chelsea in Massachusetts, have filed similar but more limited lawsuits.

There is no precise legal definition for what makes a city or state a “sanctuary.” In Seattle, it means public institutions like schools will not ask people about their legal status. More significantly, Mayor Murray instructed Seattle Police Department Chief Kathleen O’Toole to not ask about immigration status or aid federal law enforcement in its efforts to track down undocumented immigrants. King County Sheriff’s Office has followed suit and the county jail does not hold arrestees purely because they’re undocumented.

Trump last month signed an executive order threatening to strip funding from sanctuary cities, although the order was more of a statement of intent than concrete action. On Monday, Sessions threatened to withhold community policing grants from sanctuary cities, which seemed to be the most concrete step toward treating these locations differently. But City Attorney Pete Holmes didn’t see it that way. “I think that empty suit excuse of an Attorney General hasn’t given us anything to react to,” he said Monday. “He’s simply helping his boss change the subject.”

Mayor Murray last month made a big to-do about the city’s efforts to obtain a precise definition of “sanctuary city” from the Trump administration. The city demanded the Trump administration define exactly what Seattle is and is not legally obligated to do. Murray followed that pronouncement with a threat to sue if the city was not provided with the records quickly, a common tactic used by journalists or lawyers seeking public documents.

As Crosscut has reported, that lawsuit, which would have at most resulted in a disclosure of the records Seattle requested, was tabled by city officials.

By contrast, the new lawsuit could have national implications on the scale of Washington Attorney General Bob Ferguson’s fight against the travel ban and could throw yet another wrench into one of Trump’s most salient campaign promises.

While the announcement of the lawsuit comes tight on the heels of Sessions’ threats, the city had all but committed to legal at least several weeks ago. In fact, one city employee likened the original records hunt to a fact-finding mission for this lawsuit, suggesting this was what the city has had in mind for weeks.

The suit will be filed in the U.S. District Court of Western Washington, the same court that blocked Trump’s initial travel ban.

David Kroman is the city reporter for Crosscut.com. A Bainbridge Island native, David has also worked as a teacher, winery cellar hand, shellfish farmer and program director of a small non-profit.