Lawyers for Supreme Court nominee Brett Kavanaugh submitted several pages from a 1982 calendar to the Senate Judiciary Committee on Wednesday in a bid to disprove Christine Blasey Ford’s allegation that he sexually assaulted her when the two were in high school. 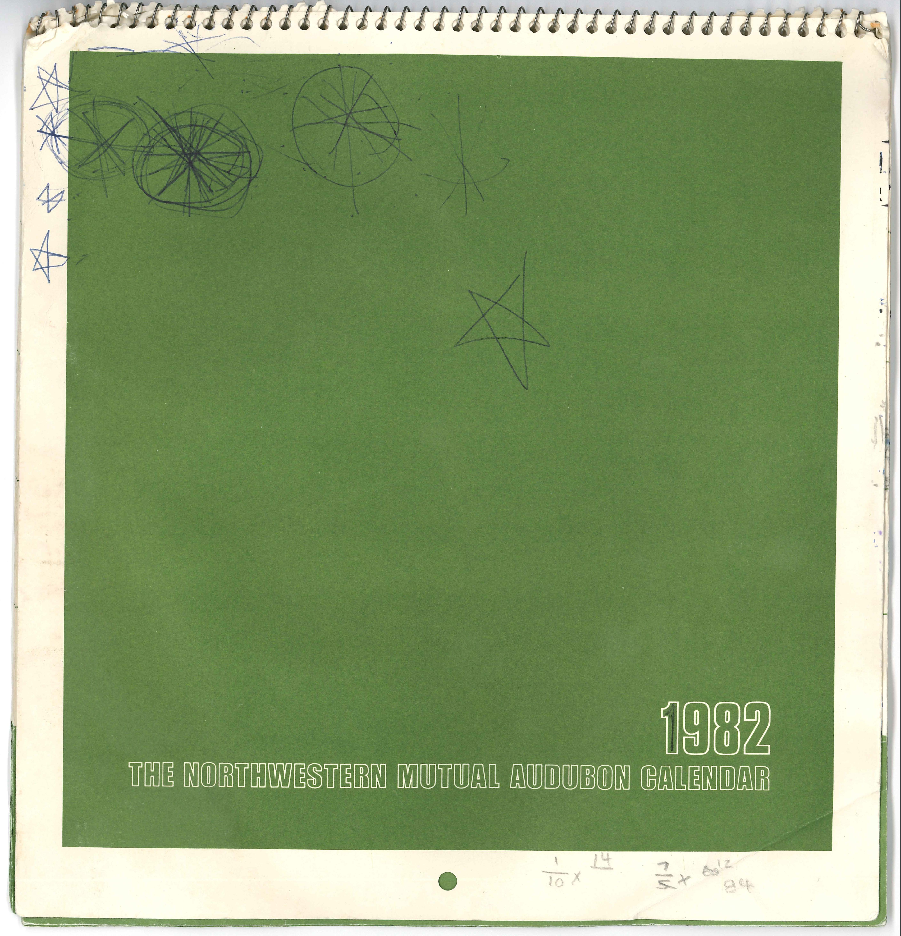 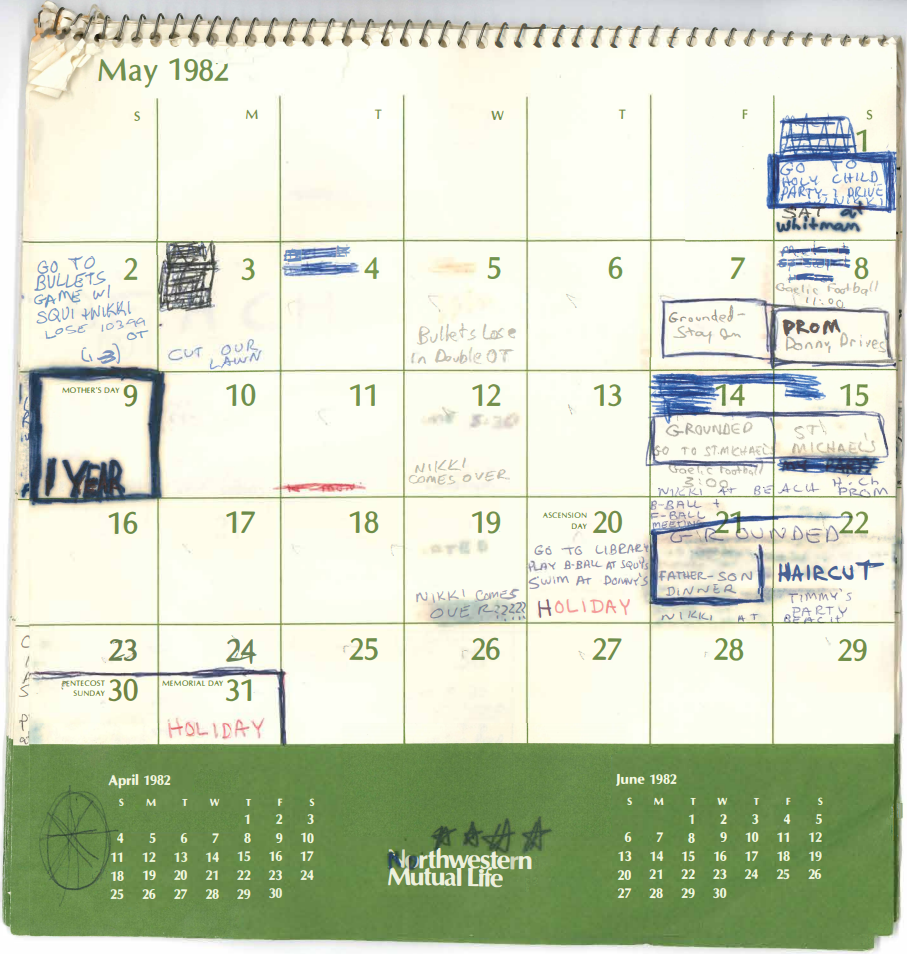 The four summer months from the calendar have handwritten notes and reminders about movies, sports, exams, a planned “BEACH WEEK” and several mentions of parties.

Ford said earlier this month that Kavanaugh held her down on a bed during a high school party decades ago. She claims that Kavanaugh, then 17, attempted to take off her clothes and covered her mouth when she tried to scream. Ford said Mark Judge, a friend of Kavanaugh’s, witnessed the incident, which Ford said happened when she was 15.

Kavanaugh has “categorically and unequivocally” denied the allegation. 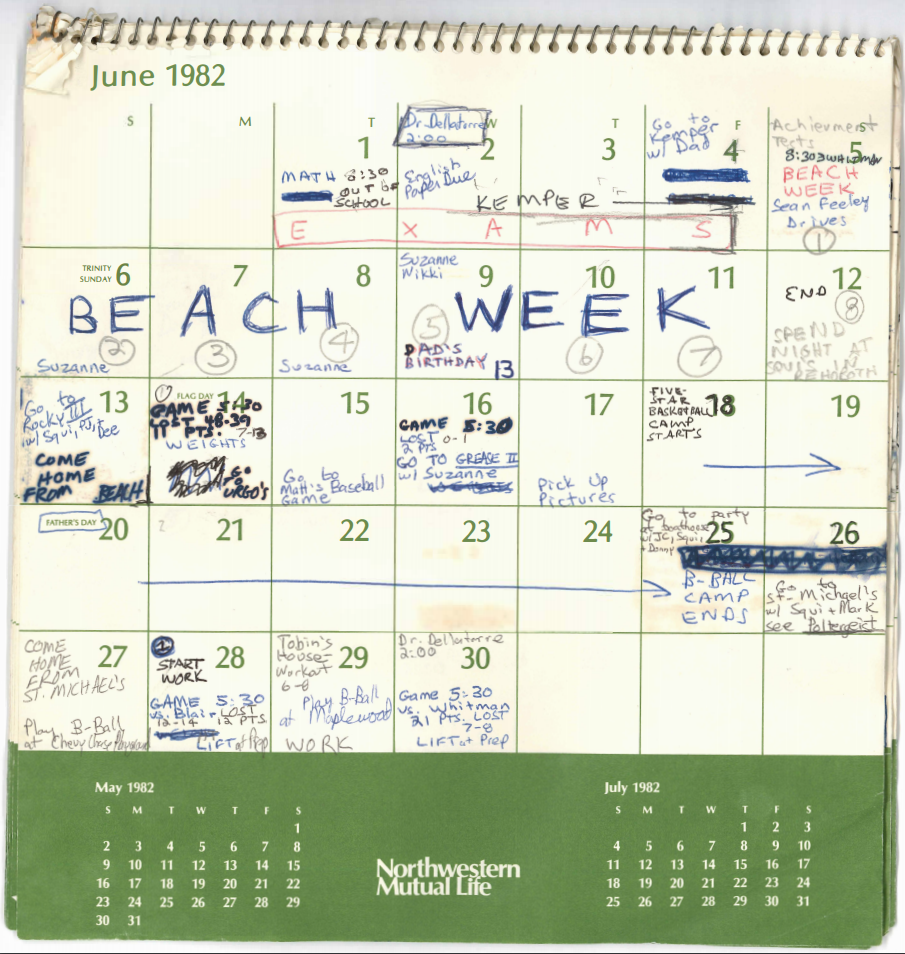 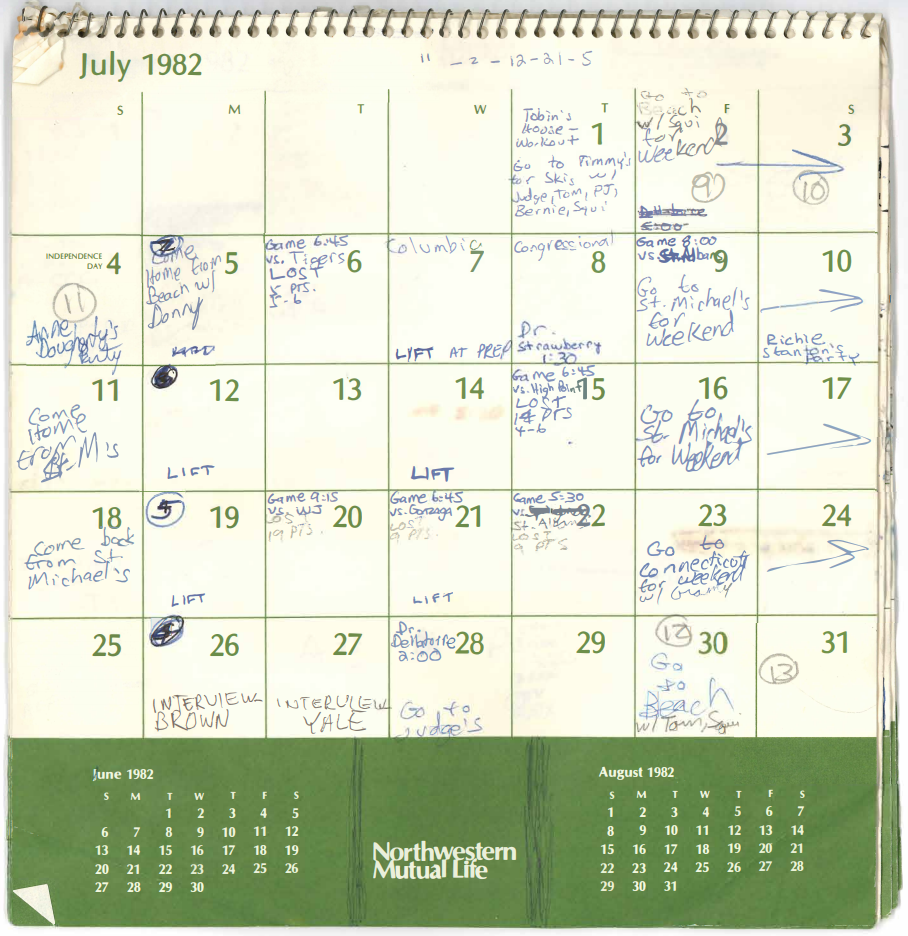 Kavanaugh’s lawyers admit that the calendar pages do not necessarily disprove the allegation, but are meant to “provide no corroboration for [Ford’s] account of a small gathering at a house where he allegedly pinned her to a bed and tried to remove her clothing,” as The New York Times has reported.

Critics have dismissed the calendar as an incomplete view into Kavanaugh’s summer.

Here’s a quick look at what the calendar pages do — and do not — show:

Mundane summer activities. There are several activities listed: basketball games, movie showings (including “Rocky III”), football workouts and interviews, including one with Yale University. Kavanaugh was also apparently “grounded” during this period of time.

Kavanaugh was out of town some portions of the summer. In June, there’s a stretch of days labeled “BEACH WEEK.” Kavanaugh’s lawyers reportedly plan on arguing to the committee Thursday that Kavanaugh wasn’t at the party where Ford said the incident took place.

Some of events listed also have names next to them. None mention Ford. But some activities do mention other friends, including Judge.