One hundred days into President Donald Trump’s term, we decided to look past the usual measures of success. Instead of unemployment numbers and GDP growth, we sought out economic indicators in unusual places. Here are some strange trends that have emerged since Inauguration Day:

1. Gun sales are down, but up among minorities and women
In a few short weeks, Donald Trump managed to do something President Barack Obama might have hoped for, but could never achieve: reduce the number of new gun sales. The Washington Post reports that by the best measure available—FBI background checks—sales dropped after Election Day, missed targets during the holidays and were down 17 percent in the first two months of 2017. Sales recovered somewhat in March, but they’re not as stratospheric as they were when enthusiasts feared President Obama might enforce strict gun control. Karl Sorken, a gun manufacturer in Houston, told Fox News that “President Obama was the best gun salesman the world has ever seen.”

While sales are dropping overall, women and minorities are buying more guns after Trump’s win, driven by concerns about racism and violence, the Post reports.

2. Swiss Watchmakers are banking on a big American tax cut
Luxury goods sales in the U.S. have been hurting for the last few years, and nobody is more ticked off than Swiss watchmakers. Not only do they have to compete against Fitbits and Apple watches, but the centuries-old industry is fighting for a declining slice of disposable American income. A massive tax cut coupled with a strong dollar could be a boon for for the Swiss, but only if the luxury imports can skirt any new protectionist Trump trade policies, the Financial Times reports. 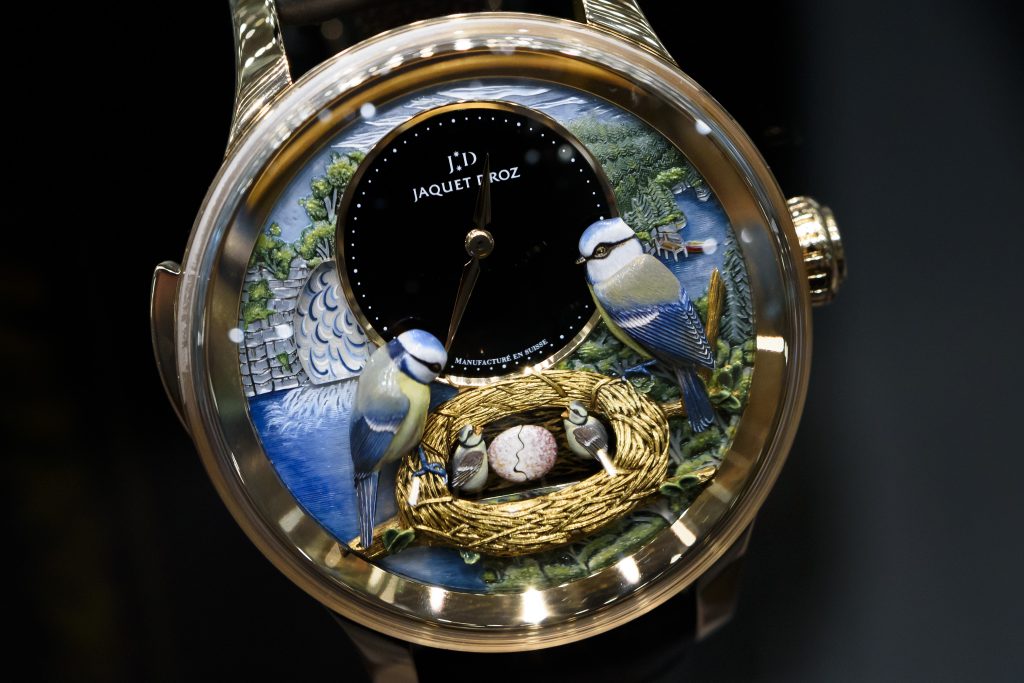 Will a Trump tax cut be the goose that lays a golden egg for the struggling Swiss watch industry? Photo by Fabrice Coffrini/Getty Images

READ THIS: What we learned from Trump’s first 100 days with Congress

3. The “failing” media is not failing
To read the President’s tweets, one would think the U.S. media industry was in the tailspin. But the reality is, the corporations behind the “failing” and “fake” mainstream media are having a banner year, TheStreet reports. Growing audiences, increased subscribers and a hope that lax FCC regulations will enable more TV station consolidation are driving meteoric growth. CBS (+9%), NewsCorp (+13.4%), Disney (+8.8%), the New York Times Co. (+8.1%), Sinclair (+21.4%), and just about every other major media company are outperforming the market. 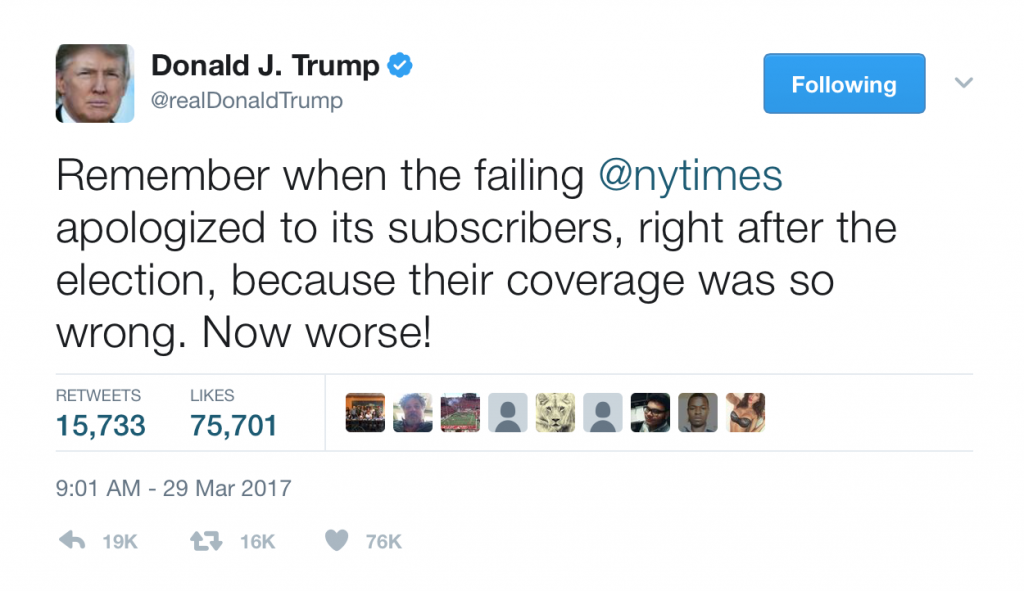 4. Companies close to Trump aren’t doing so well
Critics feared President Trump’s habit of selecting business leaders for key government positions would unfairly benefit their former companies. But Rob Cox of Reuters points out that proximity to the president isn’t necessarily helping anyone’s bottom line—at least so far. ExxonMobil, where Secretary of State Rex Tillerson was CEO before joining Trump’s cabinet, has lost 6 percent of its value since inauguration day and failed to secure a drilling waiver in Russia. Goldman Sachs, which was home to economic adviser Gary Cohn and NSC deputy Dina Powell, is down 3 percent.

5. The Nuclear bomb shelter business is … booming
A bomb shelter construction company in Texas reported sales increased 500 to 700 percent right after the election. The owner, Clyde Scott, told CNBC that he used to primarily cater to right-wing preppers who feared the government, but now orders from liberals are “coming out of the woodwork.” Scott’s most popular model sells for $125,000. But U.S. liberals aren’t the only ones building shelters. A Japanese company already received more orders for shelters in April than they normally receive in a year, the Asahi Shimbun reported. 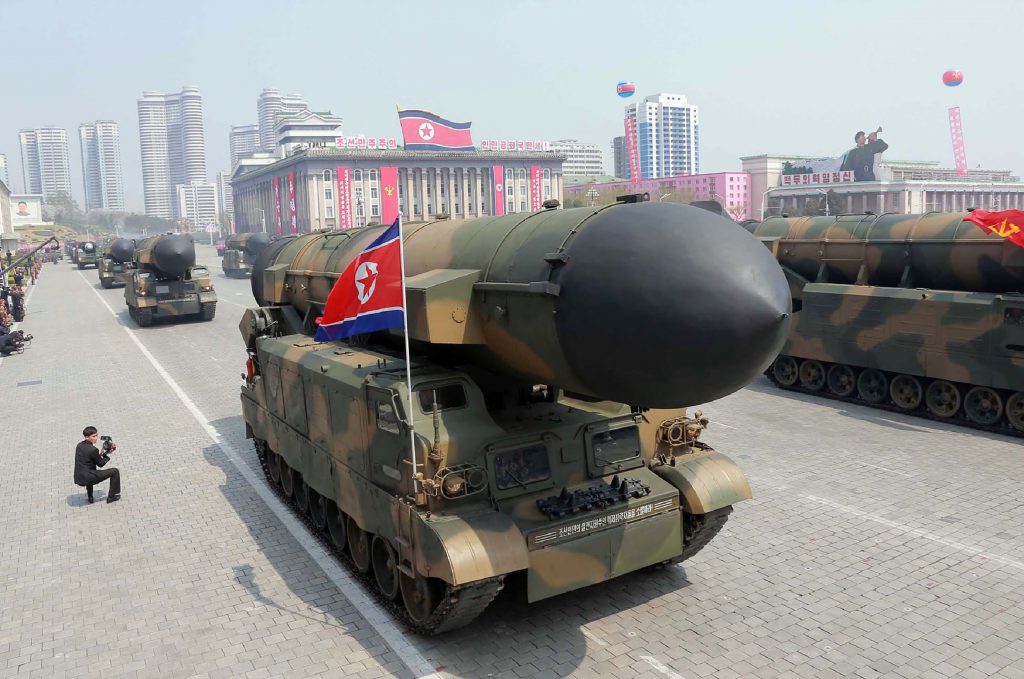 Bomb shelter marketing material doesn’t get much better than this. Photo via Getty Images

READ THIS: ‘Are we a red state or a blue state?’ Life in a Pennsylvania swing county 100 days into Trump’s presidency

6. Mergers and acquisitions are off the charts
It’s a great time get together, if you’re a corporation. More than 3,100 merger and acquisition deals have been announced in the U.S. so far in 2017, according to data from Thompson-Reuters. That figure already outpaces 2016’s full year total. Despite a certain level of uncertainty in the markets, Business Insider reports that U.S. executives view President Trump as merger-friendly, and they see the moves as a good way to spark growth. 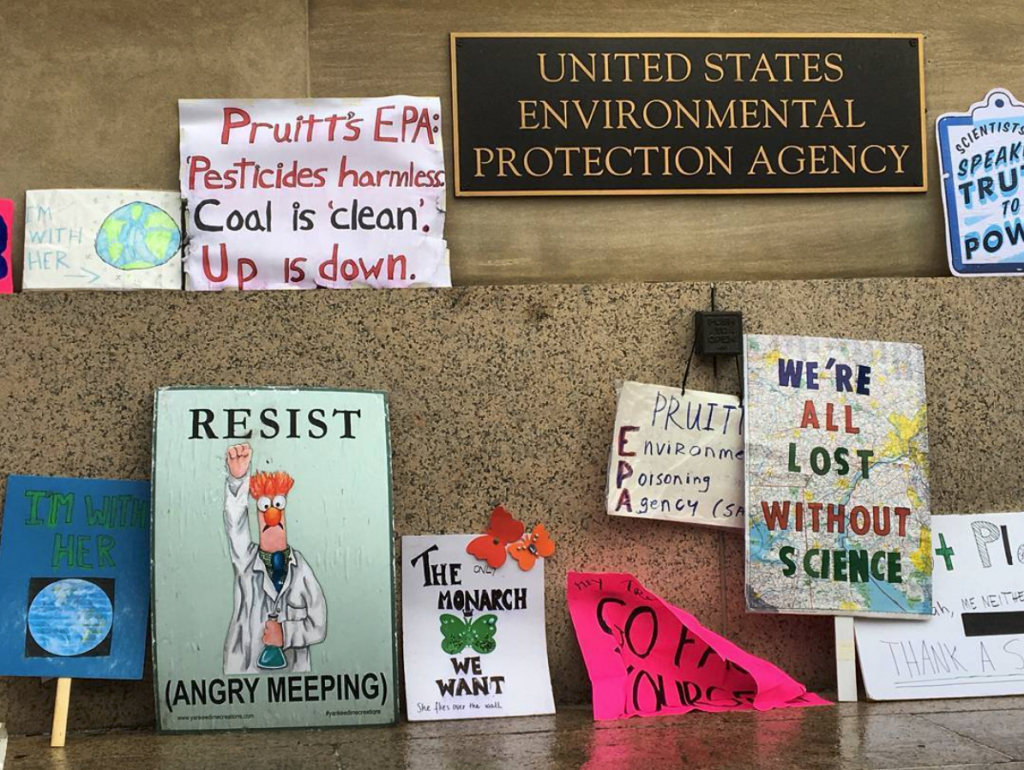 Homemade signs left in front of the Environmental protection agency after the March for Science. Photo by Nsikan Akpan

Some more interesting trends:
• Economic anxiety is down, while trust in the government’s numbers is up.
• Virtual currencies are hitting record values, and nobody can seem to agree why.
• Obamacare has never been more popular.
• Breweries are worried: there’s a good chance legal pot is going to take the fizz out of the market for beer.

Editor’s note: The headline on this post has been changed to remove the word “economic.”

Left: Since President Trump took office, the nation has changed in some unexpected ways. Photo by Doug Mills/Getty Images.