What spoons have to do with the Samsung-Apple patent lawsuit

Samsung appeared before the U.S. Supreme Court on Tuesday to defend its smartphone design, which Apple says too closely resembles its own.

The court’s task is not to determine whether Samsung infringed on Apple’s patents but to determine how much money Samsung should pay Apple for doing so.

In fact, one particular case involving 19th-century spoons, Gorham v. White, was cited multiple times by lawyers before the Supreme Court on Tuesday. 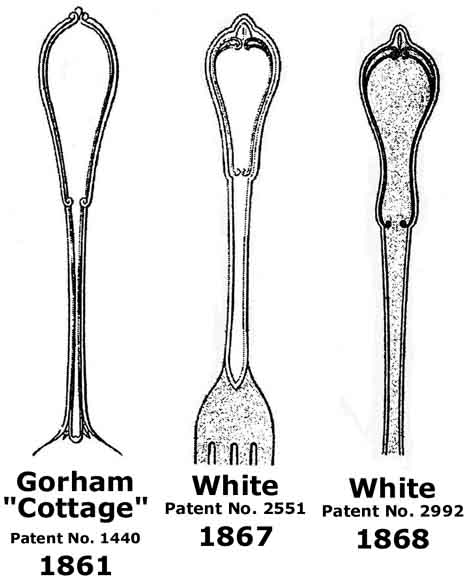 The Supreme Court ruled in favor of Gorham, the original patent holder.

“They are still the same in general appearance and effect, so much alike that in the market and with purchasers they would pass for the same thing — so much alike that even persons in the trade would be in danger of being deceived,” the court wrote.

In the Samsung v. Apple case, Apple compares itself to Gorham and likens Samsung to White.

In addition, Apple argues it should be awarded damages for the profits it lost on its entire phone, not just on the parts of Samsung’s phones that violated the patents.

“If people are buying the product because of the appearance, all the profits of the sales should go to the designer,” said Mark Davies, a partner at Orrick, Herrington & Sutcliffe who filed an amicus brief with the Supreme Court in support of Apple.

Trying to determine how much profit Apple lost on the individual parts of the phone would be like trying to determine the profit lost because of the silver that makes up the spoon versus the handle design, Davies said.

Samsung has a different take.

“A patented design might be the essential feature of a spoon or rug. But the same is not true of smartphones, which contain countless other features that give them remarkable functionality wholly unrelated to their design,” Samsung’s court filing reads.

Samsung’s lawyer Kathleen Sullivan reiterated the argument before the justices, saying the main selling point for spoons are the design.

“The patent’s on the handle, but nobody really cares about the sipping cup of the spoon,” she said.

In other words, Samsung says smartphones are much more complex than spoons, and, unlike spoons, you can’t say that someone bought a certain phone only because of the way it looked.

It remains to be seen whether that argument will convince the Supreme Court, because as one might expect, 100 years on, the patent cases are also more complex.

Left: An Android mascot is seen in front of a displayed logo of Apple in this photo illustration. Photo by Dado Ruvic/Reuters