Romney Won Most States on Super Tuesday, But His Weaknesses Stick 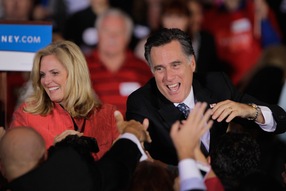 Coming out of Super Tuesday, former Massachusetts Gov. Mitt Romney has a bigger lead in delegates, a nice push of momentum and, in some quarters, a growing sense that the GOP presidential nomination is slowly falling into his hands.

Romney won six out of the 10 states on the calendar and he won Ohio — the state largely thought to be the most crucial. But looking at the results through Patchwork Nation’s demographic and geographic breakdown of counties, nagging problems remain.

Even though he scratched out a victory in the Buckeye State over former Pennsylvania Sen. Rick Santorum, Romney still had trouble with the same lower-income communities that have troubled him through the primary process thus far — the Emptying Nests and Service Worker Centers. The culturally conservative Evangelical Epicenters also still are very bad territory for him. (Mouse over the icons to see how each candidate performed in each type on the map.)

And those trends reach beyond Ohio to the full docket of Super Tuesday states. Scroll through the state maps on the right side of Patchwork Nation’s homepage and you’ll notice Romney lost those county types everywhere except Massachusetts, where he was governor, neighboring Vermont and Idaho, which has a sizable Mormon population.

We wondered Tuesday on this blog whether Romney was reaching the point where rank-and-file GOP voters would look at the numbers and fall behind Romney as the endorsements and delegates pile up. The answer out of Tuesday seems to be not yet.

The income gap we have written about is still very much a part of the Romney divide as you can see on the county type map of Ohio above. His biggest vote margins came in the wealthy Monied Burbs, Boom Towns and Industrial Metropolis counties.

And even within those categories there are differences based on how much income people have. For instance, Santorum won six Monied Burb counties, but only one with an income of more than $60,000. Romney also won six of those Monied Burbs, but four of them have a media household income of more than $60,000 – that includes the state’s two wealthiest counties, Delaware and Geauga.

And that split in the number of Monied Burb counties — six for each candidate — may suggest Romney is having trouble with the blue-collar voters in those critical swing-voting places.

When all the votes were counted, Romney won the Monied Burbs in Ohio, but not by much — only 3 percentage points. He carried those counties by 8 percentage points in Michigan, but largely on the strength of Oakland County, where he grew up. Absent that home field advantage is Ohio, the fight was tougher.

And Romney’s issues in the Burbs extend to Tennessee and Oklahoma. None of the candidates had any built-in advantages in those places (no history representing or living in them), but both states hold large numbers of Evangelical voters — even in the Monied Burbs — particularly in comparison to other Super Tuesday states as you can see on the map below.