Planned Parenthood and another advocacy group have filed a lawsuit seeking to block parts of a Texas abortion law that would ban what is widely considered the safest method for second-trimester abortions, the latest legal challenge in the state’s ongoing fight over abortion.

The lawsuit was filed by Planned Parenthood and the Center for Reproductive Rights in federal district court Thursday. It challenges a provision in the law that bans dilation and evacuation, the safest and most common method used for second-trimester abortions.

The Center for Reproductive Rights is also seeking to add a challenge to the lawsuit over another provision of the state law that requires abortion providers to cremate or bury all aborted embryonic or fetal tissue.

The law, which was signed by Texas Republican Gov. Greg Abbott on June 6, is set to take effect on Sept. 1. Along with the provisions on second-trimester abortion and embryonic and fetal tissue, it also criminalizes the buying or selling of fetal tissue for research.

Abbott said the bill is part of a commitment “to protect our vulnerable unborn children,” his office said. But opponents claim the provision is part of a broader effort to restrict access to abortions.

“The agenda is to criminalize abortion procedures one by one until there are not any safe ways for a woman to end a pregnancy,” said Melissa Fowler, the communications director at the National Abortion Federation.

The latest legal challenge comes as Texas opened a special session for lawmakers to consider other proposals that would restrict abortion services.

Overall, 338 new abortion restrictions of varying degrees were enacted by states between 2010 and 2016, according to the Guttmacher Institute, a policy and research organization focused on reproductive health and rights.

This latest law in Texas was signed three years after former Republican Gov. Rick Perry backed several laws that restricted abortion providers, including one that resulted in the closure of half of the state’s clinics that perform abortions. Two of those laws were struck down by the Supreme Court last year. The Center for Reproductive Rights, which challenged the restrictions, cited those rulings in filing its new lawsuit.

The latest legal challenge comes as Texas opened a special session for lawmakers to consider other proposals that would restrict abortion services in the state. When Abbott announced last month that the special session would take place, the governor released a list of agenda items that included proposals to ban private insurance coverage for abortions.

“Texas lawmakers have once again compromised the health and safety of the women they were elected to represent in order to cater to anti-choice special interests and their extremist agenda,” Nancy Northup, the president and CEO of the Center for Reproductive Rights, said in a statement.

Abbott’s office, meanwhile, told NewsHour he was happy with the state’s progress on abortion issues. 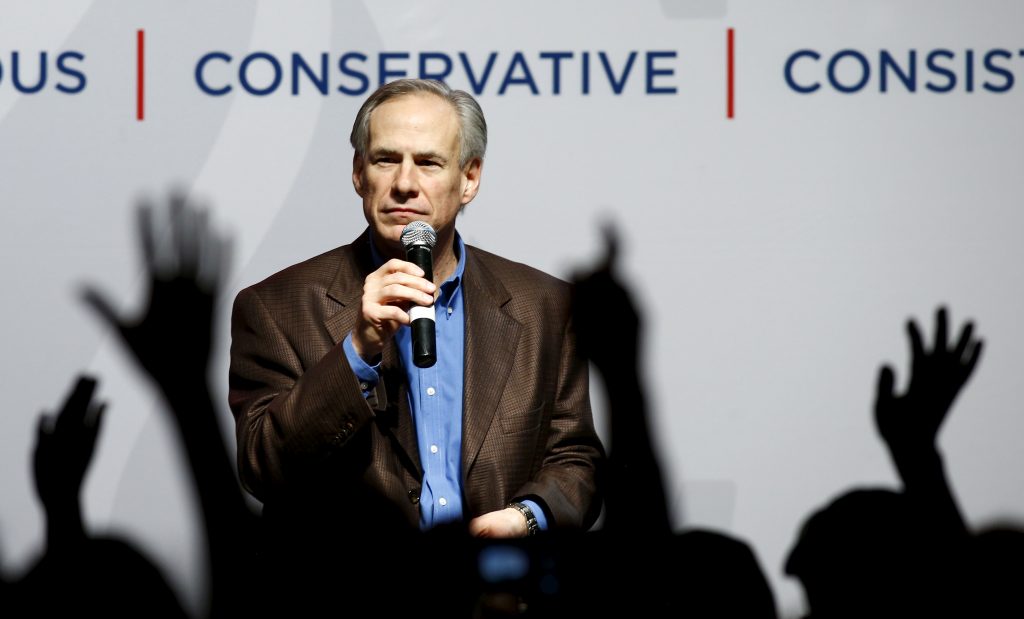 Texas Gov. Greg Abbott signed an abortion bill into law earlier this year that has sparked a legal battle in the state. File photo by REUTERS/Mike Stone

The provision in the Texas law that bans the “dilation and evacuation” method of abortion during the second trimester is already banned under the federal Partial-Birth Abortion Ban Act of 2003. That law, signed by President George W. Bush, was upheld by the Supreme Court in 2007.

John Seago, Texas Right to Life’s legislative director said those decisions opened the door for states to pass more laws aimed at chipping away at Roe vs. Wade, the 1973 landmark decision that legalized abortion.

“We want to stop the injustice of elective abortion, and the way to do that is to pass these types of bans that are legally dynamic and challenge the heart of Roe v. Wade,” Seago said.

Reproductive rights groups have long argued that the method is the safest way to perform second-trimester abortions.

“Our concern is, you have legislators [dictating] what medical procedures can be used if a woman’s health is at risk,” said Sarah Wheat, the chief external affairs officer for Planned Parenthood of Greater Texas.

Democrats fought to remove the ban on “dilation and evacuation” from the Texas law but their amendments were struck down.

Several lawmakers also took issue with the law’s requirement to bury or cremate all embryonic or fetal tissue.

The Texas Department of State Health Services introduced a regulation last year that required abortion providers to bury or cremate embryonic and fetal tissue. Soon after, the Center for Reproductive Rights sued to block that health regulation, and a federal district court upheld its challenge. As a result, the regulation has been on hold until the case comes before the United States Court of Appeals for the Fifth Circuit later this year.

In the meantime, state lawmakers included the requirement to bury or cremate fetal tissue in the law signed in June, something the Center for Reproductive Rights is seeking to challenge as part of its latest lawsuit.

Before the latest lawsuit was filed, Texas Democratic state Rep. Rafael Anchia said opponents of the group were gearing up for a legal showdown over the law.

It’s “going to be a battle in the courts,” Anchia told the NewsHour.

If the cremation and burial provision in the law goes into effect, it would mark a shift in how abortion providers in Texas dispose of embryonic and fetal tissue.

If the cremation and burial provision in the law goes into effect, it would mark a shift in how abortion providers in Texas dispose of embryonic and fetal tissue.

Supporters of the provision have argued against treating embryonic or fetal tissue as medical waste.

Instead, they say “we are going to treat this like the body of a human being,” Seago said.

READ MORE: Meet the anti-abortion feminist who had a foot in both marches

Starting in September, the law will require abortion clinics to contract with funeral homes or other burial service providers to dispose of the tissue. It would also establish a registry of cemeteries and funeral providers who are willing to work with abortion clinics for free or at a low cost.

The requirement has sparked sharp debate in part because it would force people to undergo abortions to follow the disposal guidelines, even if they don’t want to, can’t afford to or go against a person’s religious beliefs.

Anchia attempted to add a religious exemption to the law, but failed. According to a letter written by the Texas Medical Association, cremation costs in 2016 were between $1,500 and $4,000, while funeral costs ranged from $7,000 to $10,000.

Texas isn’t the only state that is fighting a legal battle to enact legislation around disposing of fetal or embryonic tissue.

Louisiana has a similar law that has also been blocked in court and is pending appeal. Opponents filed a lawsuit in Arkansas over a similar law that is slated to take effect next month. Earlier this year, a federal judge in Indiana blocked a law signed by then-Indiana Gov. Mike Pence that would have required women to get an ultrasound before seeking an abortion.

A court case in September will decide the fate of Kentucky’s last remaining abortion clinic. If the Christian fundamentalist group vying for the closure wins the case, Kentucky will be the first state without any abortion providers.

Left: Protesters demonstrated in front of the U.S. Supreme Court on March 2, 2016 as the court weighed a case on a controversial Texas abortion law. A new state law in Texas on abortion has sparked another legal challenge. Photo by Kevin Lamarque/Reuters