Full list: The 127 defense projects postponed for the border barrier

The PBS NewsHour has obtained the list of 127 defense projects the Pentagon is temporarily shelving in order to transfer the money allocated for them to building or repairing more miles of barrier on the southern border. The transfers will shift $3.6 billion to President Donald Trump’s efforts to construct a border fence or wall, allowing for 175 miles of new or repaired fencing, according to the Department of Defense.

Mr. Trump set up this unusual move earlier this year by declaring a national emergency on the southern border and opening the possibility of invoking special presidential powers. House Democrats lost an earlier court battle to try to stop this kind of fund transfer. 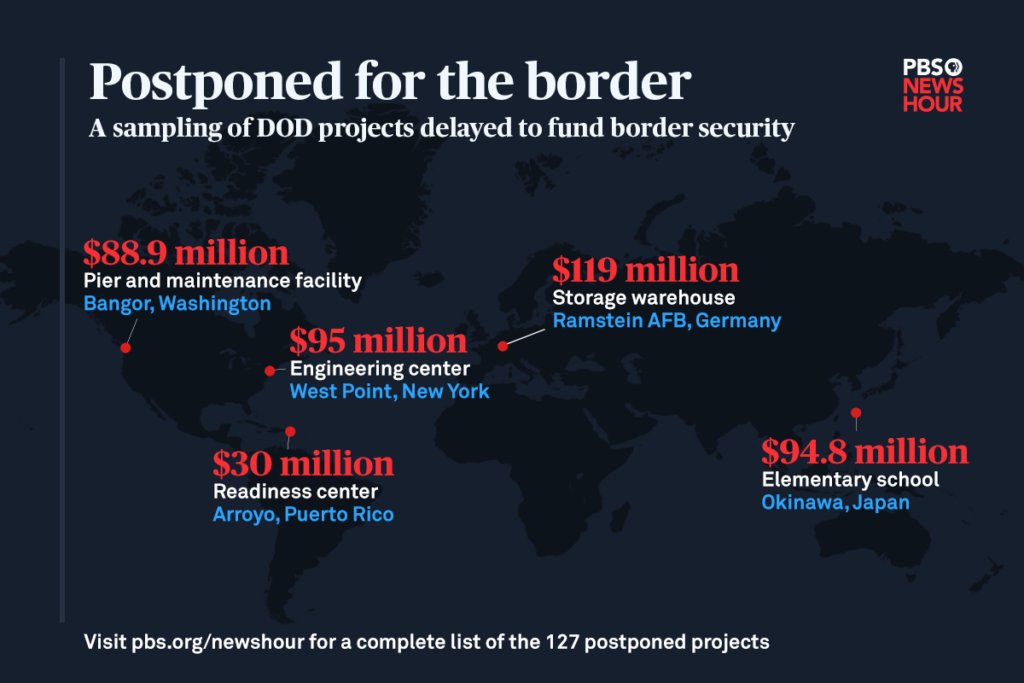 The now-deferred projects were planned for military installations in 23 states and around the world. They are diverse, ranging from schools and child care facilities to ammunition warehouses and firearms ranges. Defense Secretary Mark Esper agreed to the lists Tuesday but the Pentagon did not publicly release which projects would be included. Officials sent copies to key offices in Congress, as required when large funding are shifted.

The projects are divided into two lists: those in the territorial United States and those at overseas installations. 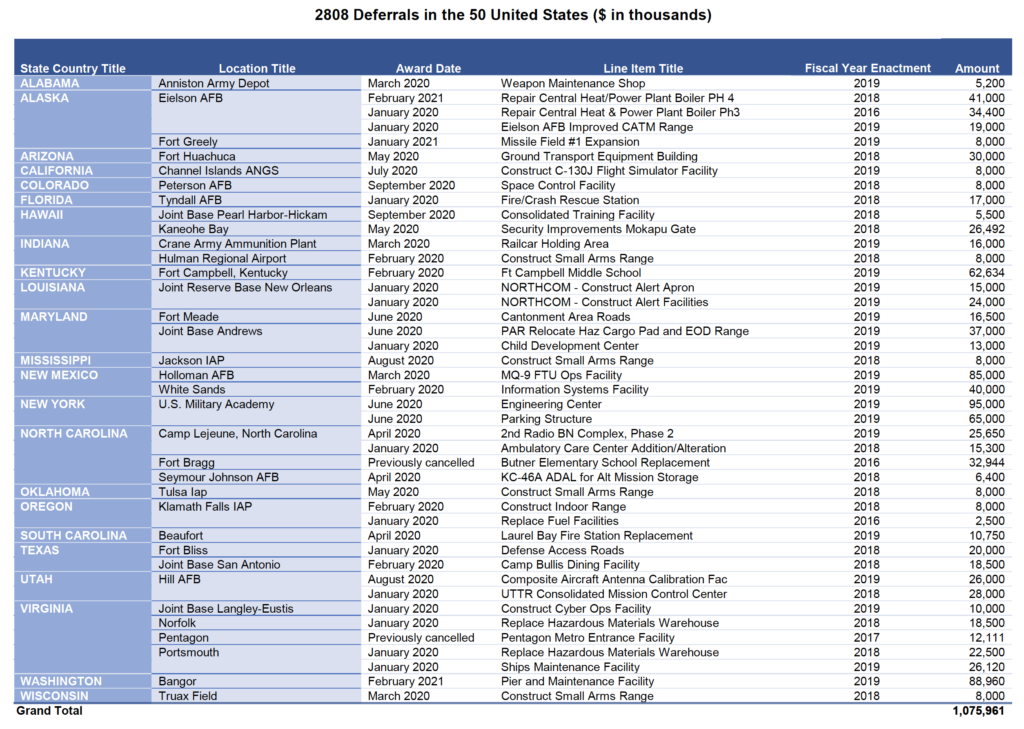 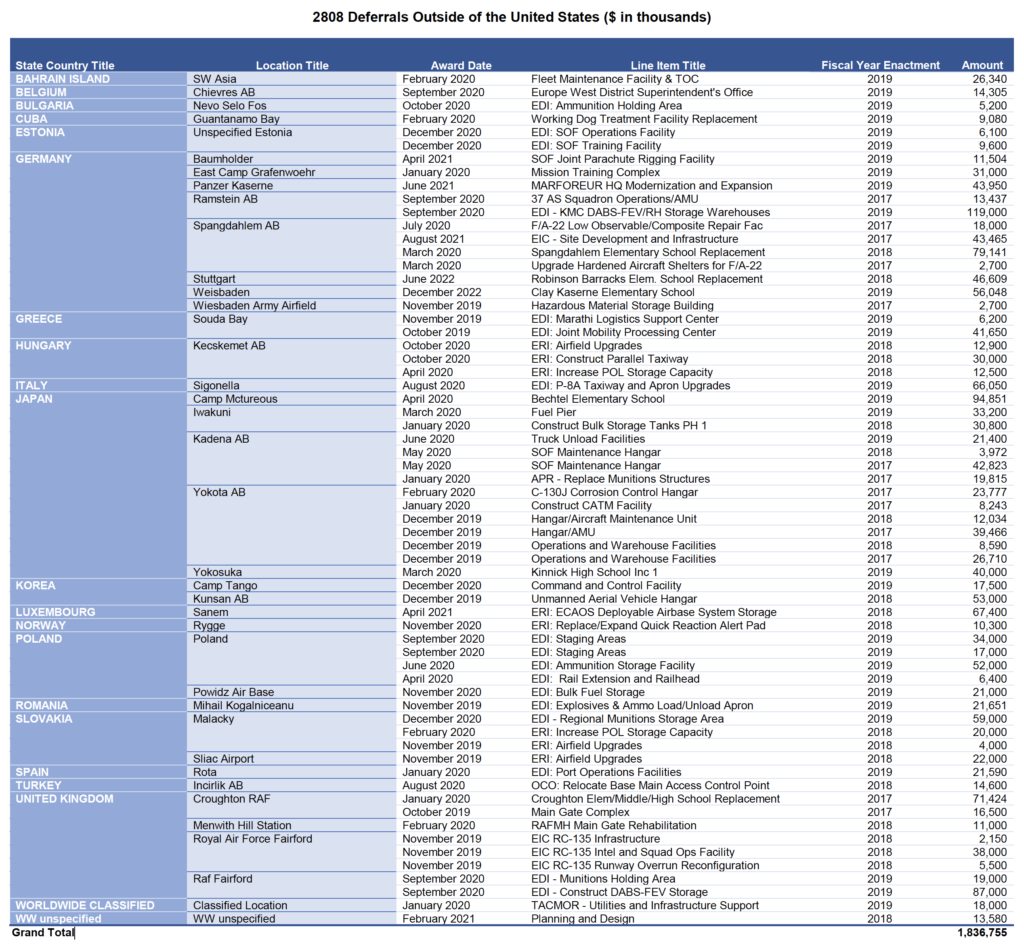