Voters Focus on Economy, but Candidates Are Silent on Solutions 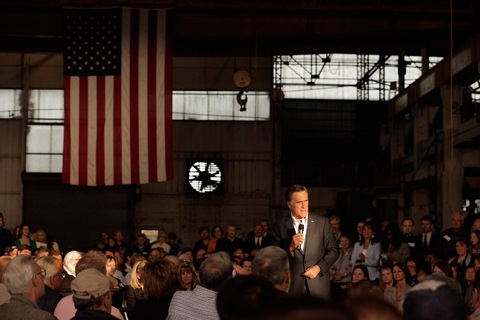 The 2012 election is going to be about the economy.

We’ve heard that for the last year as analysts have diagnosed this campaign. The fate of the presidential race has rarely been seen as being so directly tied to a set of economic indicators from the Dow Jones to the unemployment rate. And yet, as the general election begins in earnest, the amount of actual economic talk coming from the two contenders is light.

Oh, there has been talk loosely around the economy. There has been chatter about whether stay-at-home mothers are qualified to talk about it. There’s been discussion of how “freedom” is what will fix it. And there’s been talk of making sure rich people should kick in more to help it.

But so far, there has been precious little talk about actually fixing the economy in terms of specific ideas and plans. That may seem surprising, but it’s not a complete shock. In fact, Patchwork Nation wonders how much economic solutions will figure into the campaign.

After spending years looking at the numbers and visiting communities during the beginning and depths of the recession, Patchwork Nation simply doesn’t see any simple solutions on the horizon. This was something we wrote about last year.

The problems that accompanied this recession hit the 12 community types in Patchwork Nation hard but in very different ways.

Small manufacturing losses have been especially hard on small-town Service Worker Centers and the aging Emptying Nests. Those places are now also being hit hard by rising gas prices.

The foreclosure problems have hammered the Boom Towns, which grew so dramatically at the beginning of the last decade. It trapped many people in homes where they are underwater — one in five homeowners owe more on their mortgages than their homes are worth, according to the latest New York Times poll. Home construction was walloped and took that pool of jobs with it.

Consistently high unemployment has impacted every county type except one: Agriculture-based Tractor Country counties escaped, but not many people live in those rural areas.

How does one come up with an economic plan that fixes all those things?

Do too much to help underwater homeowners and those who paid their mortgages on time will be angry. You can offer plans to turn around U.S. manufacturing, but the truth is those jobs are taking multiple hits — not just jobs moving overseas, but jobs being automated. And those increasing gas prices have come even as U.S. oil production is on the rise — 15 percent in the past two years alone.

Everyone wants unemployment to go down and the economy to improve, but fixing it takes more than waving a magic wand. We’ve written about this in much greater detail before.

And the Answer Is?

None of this means that the economy won’t play a role in the 2012 presidential race, but solutions will be tougher to find.

What does that mean for the campaign ahead? If the economy stays as it is — very slowly but marginally improving — the burden will likely fall on Mitt Romney.

In surveys such as last week’s Wall Street Journal-NBC poll, Romney scored better than President Obama on having ideas for fixing the economy. Remember, that’s before most people have paid attention to the general-election campaign. Right now, the Romney campaign is dealing with the economy in the abstract, even when his chief advisers talk about it. People believe his business experience would help him make the right economic decisions.

If the economy continues to slowly improve, voters will want more specifics, and that’s where things get tricky: People in different places want different things to fix the economy. Romney, or anyone for that matter, would be hard pressed to put together a plan that is both palatable and believable to people in the varied communities Patchwork Nation watches.

Conversely, if the economy takes a turn for the worse, Romney’s business experience and the fact that he represents a different economic approach might be enough to win over the key swing voters he needs.

Regardless, for the time being, expect much of the conversation to be where it is right now when it comes to fixing the economy: around the periphery.