Elkhart, Ind. — President Obama first visited Elkhart, Indiana in early February 2009, as he crisscrossed the country selling voters on the need for a stimulus package to help jumpstart an ailing economy. The president is returning to Elkhart on Wednesday for a town hall-style event with PBS NewsHour. A lot has changed in the seven-plus years since Obama’s first visit — both in Elkhart and around the country.

The Obama administration passed the stimulus bill and healthcare reform, sparking a Tea Party-led backlash that gave Republicans control of the House. The economy has improved — unemployment is down, and more than 13 million new jobs have been added since Obama took office — but income inequality in the United States is greater than ever before. The president wound down wars in Iraq and Afghanistan, only to grapple with a bloody conflict in Syria and the rise of ISIS.

Closer to home in Elkhart, the economy is surging thanks to a boom in the RV manufacturing industry. But some residents here are still struggling to get by, and opinions on Obama in this deeply conservative corner of northern Indiana are mixed. As the city prepares today for what will very likely be his last visit to Elkhart as president, the NewsHour spoke to residents about the president’s legacy and their lives in the Obama era. 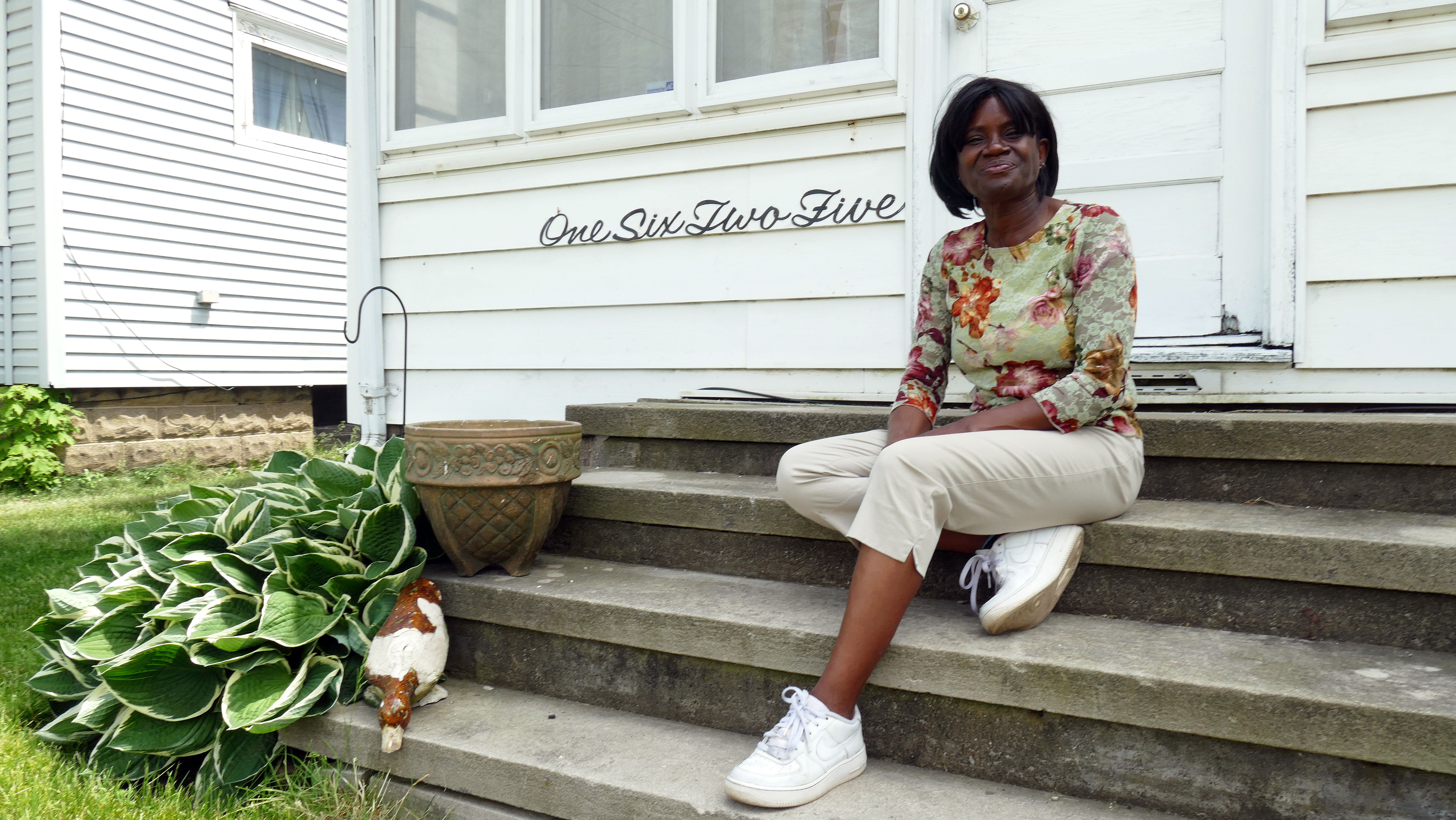 Victoria Bowen, 54, works for a mobile home manufacturer in Elkhart.

“Elkhart has changed a lot. For the better, to me. When I drive down County Road 6, I see nothing but help wanted signs. I go to the grocery store, and it’s full of people. That means the economy is going again. A lot of people are working again. This town is booming, and I love it.” 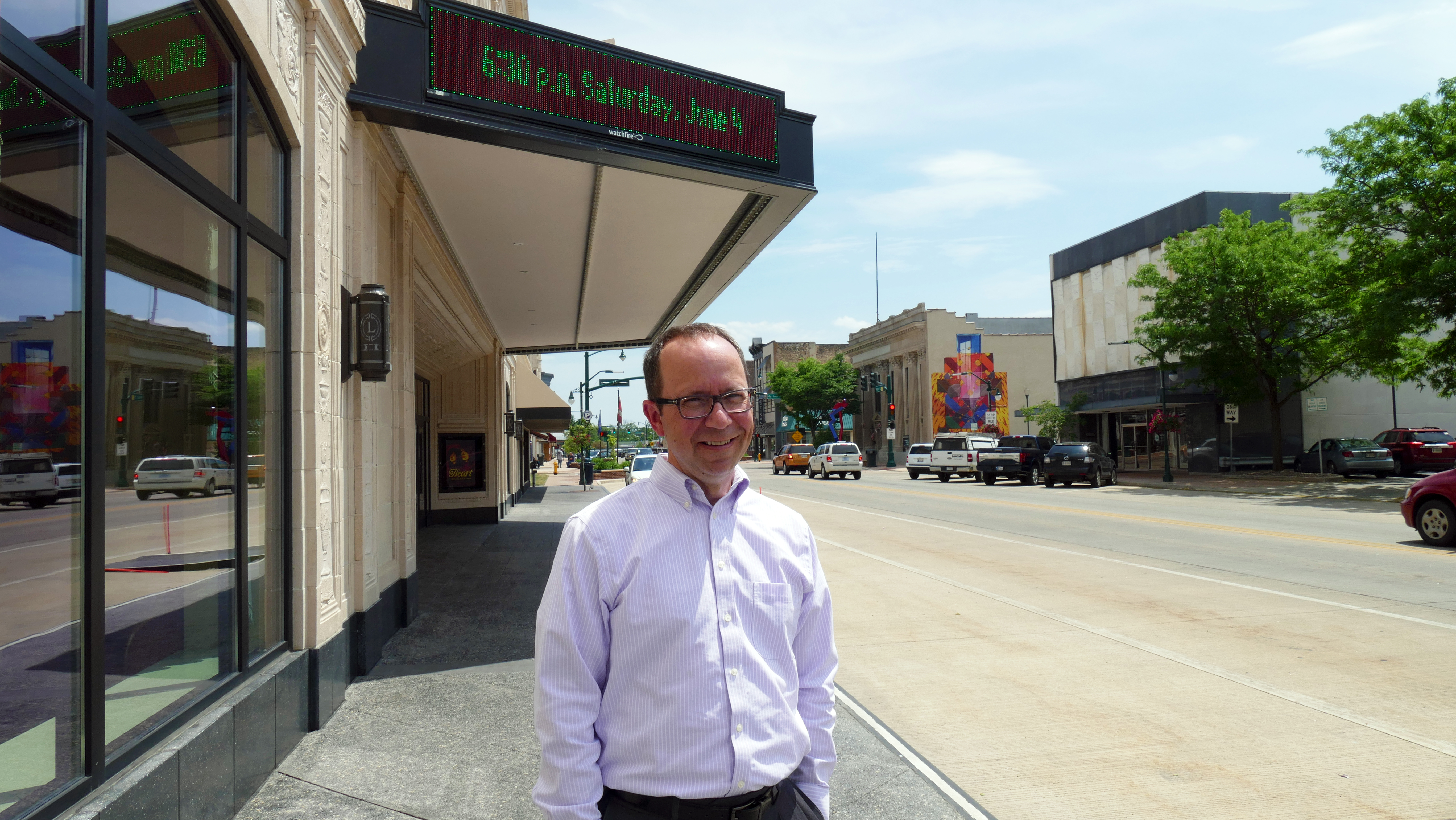 Unemployment in Elkhart is down to 4 percent, according to Kyle Hannon, the president of the Elkhart Chamber of Commerce.

“It’s going to take several years for that legacy to settle in. I think right now people are pretty charged up about several issues, and the population is pretty divided. With a lot of presidents it takes a while.” 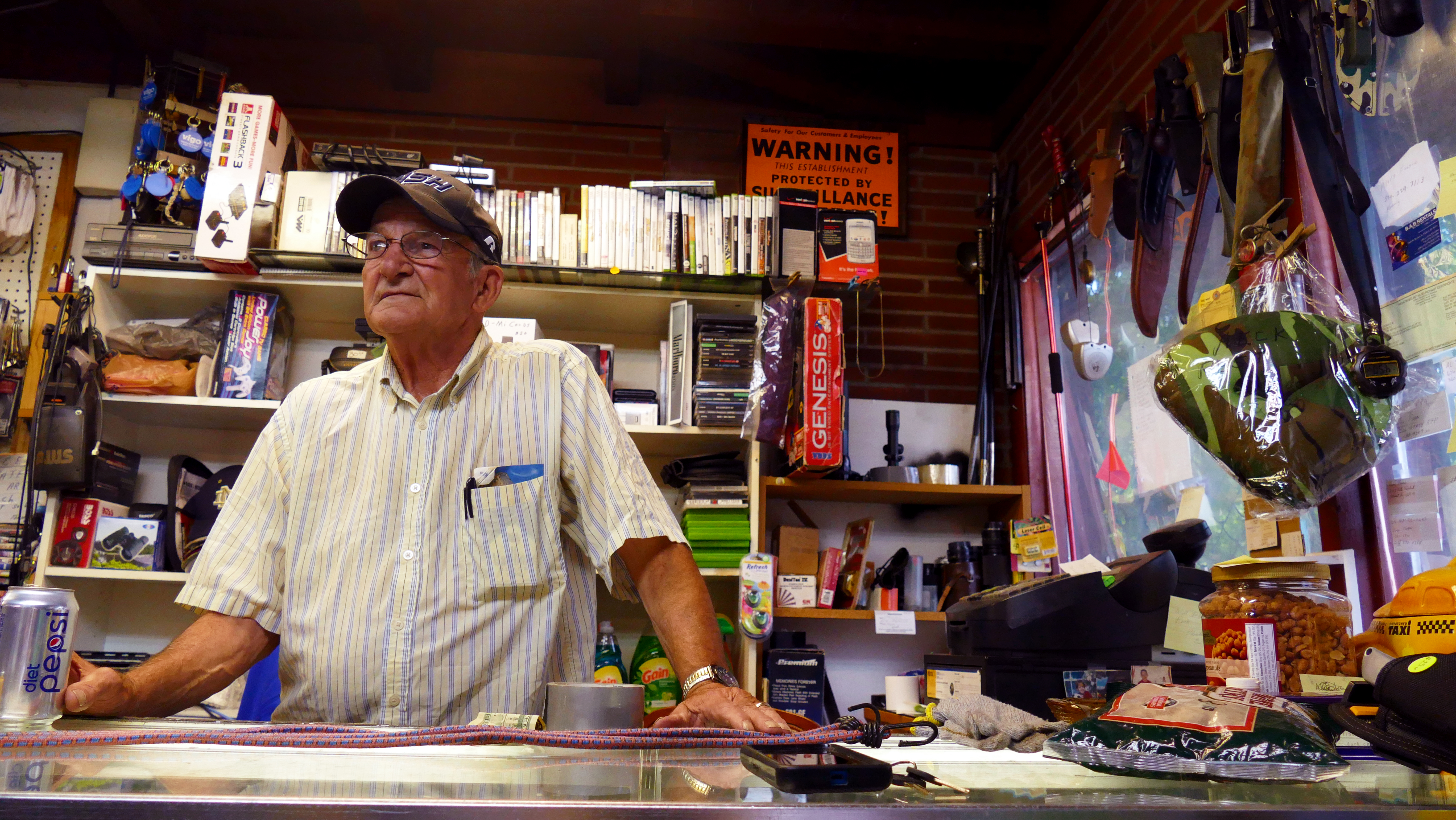 Donald Fisher, 77, opened his electronics repair shop in Elkhart in the late 1990s. He said the region is still struggling, despite the drop in unemployment.

“He’s the worst president we’ve ever had. He wasted a lot of money going on all those vacations in Hawaii. And he never did produce his birth certificate to prove he was an American.” 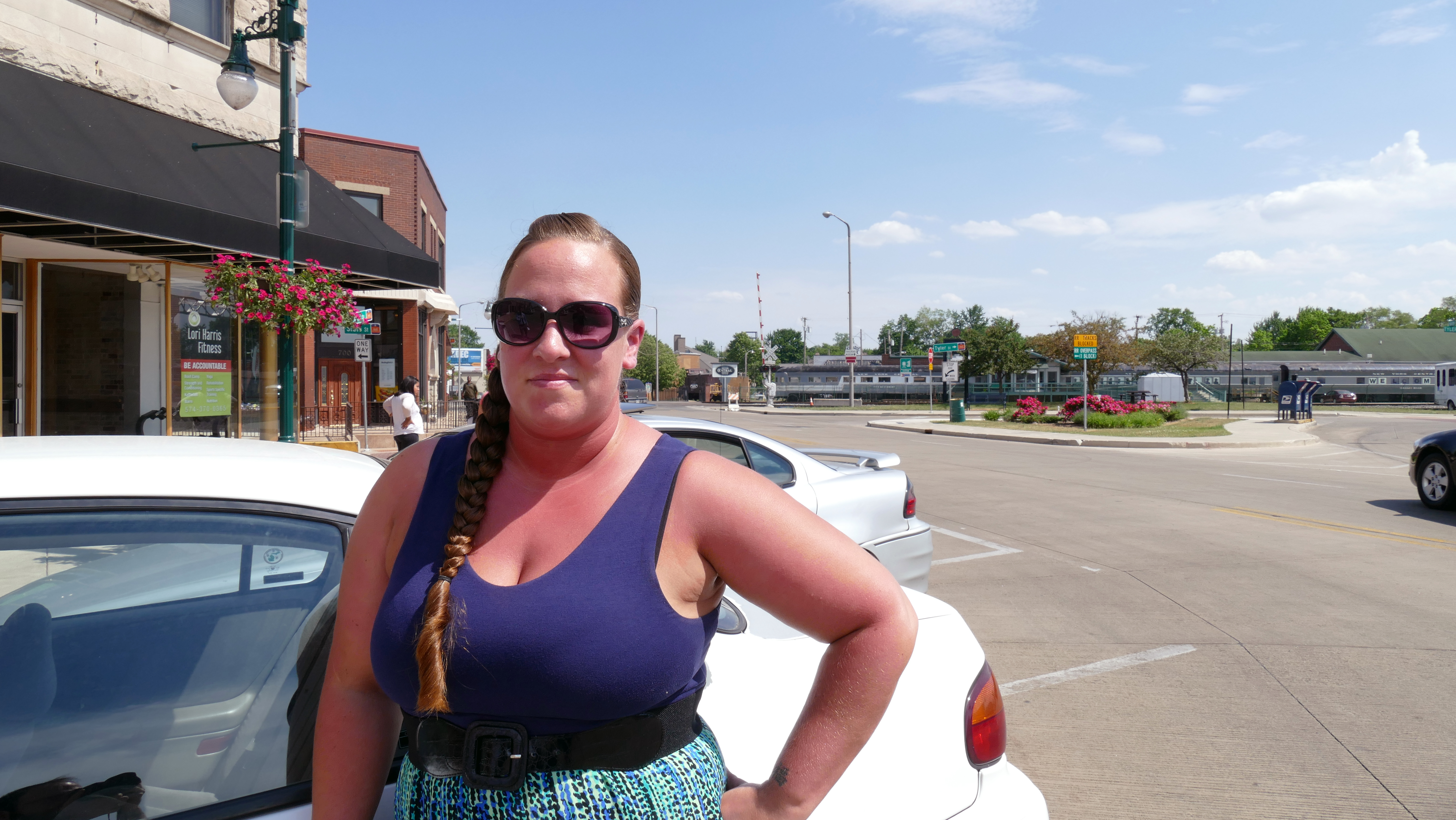 Anna Marks, 32, works in an RV factory in Elkhart. She isn’t interested in politics and regards President Obam’s visits as more of a nuisance than anything else.

“It’s a little surprising that he’s come here so much. I don’t know why he’d come to Elkhart. It’s just a tiny little place. When he’s here, I usually just stay home so I don’t have to deal with the traffic.” 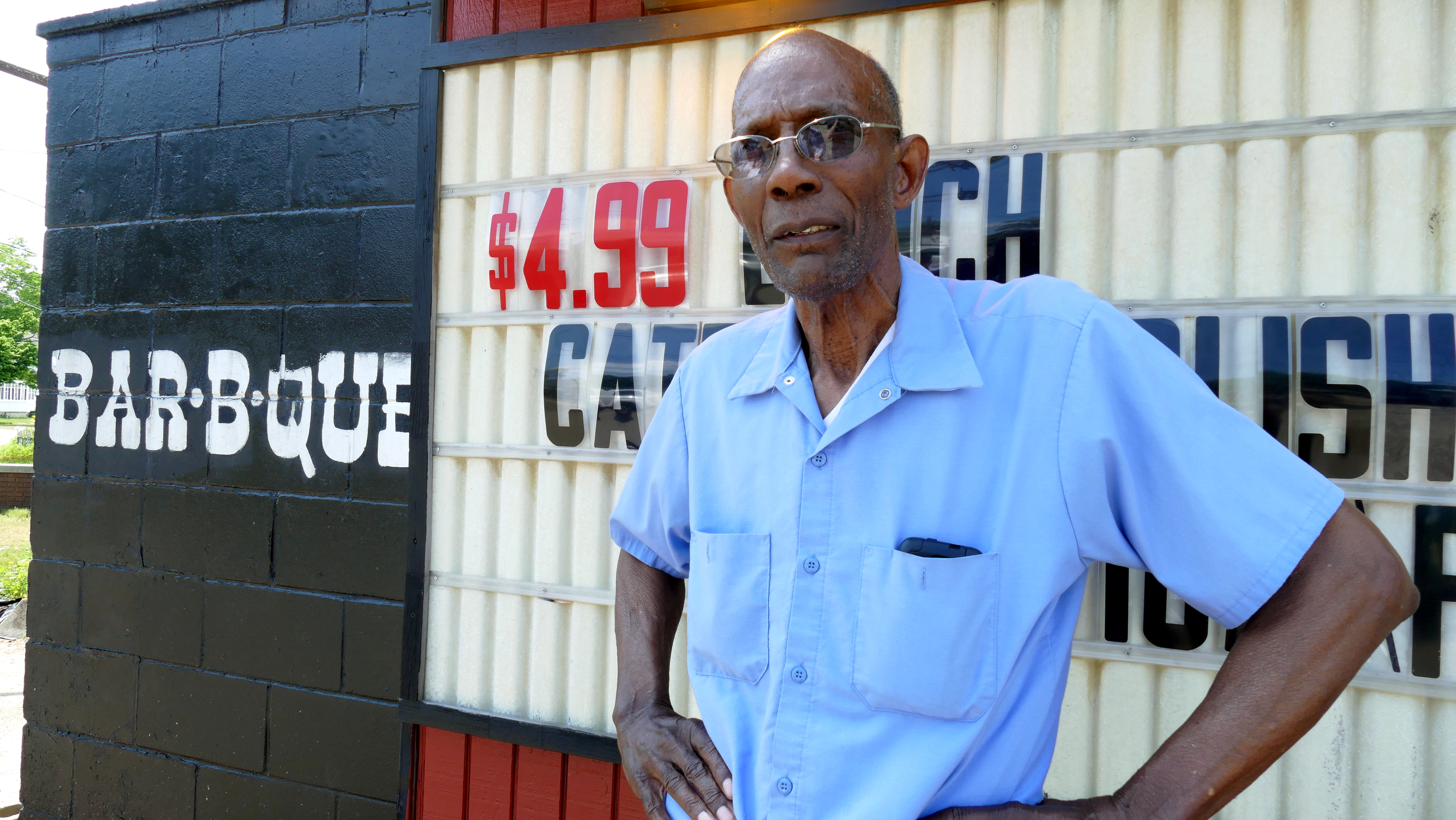 Bill Lee, 75, outside of his wife’s BBQ restaurant in Elkhart.

“With him being the first black president, it kind of lifted everybody’s spirits. But the thing about it is, the president is only one man. He can’t put the weight of the country on his shoulders. He can’t fix everything. And he walked a tightrope all the time. He got a lot of scrutiny for everything he said. I don’t think many people could walk in his shoes without losing it at some point.” 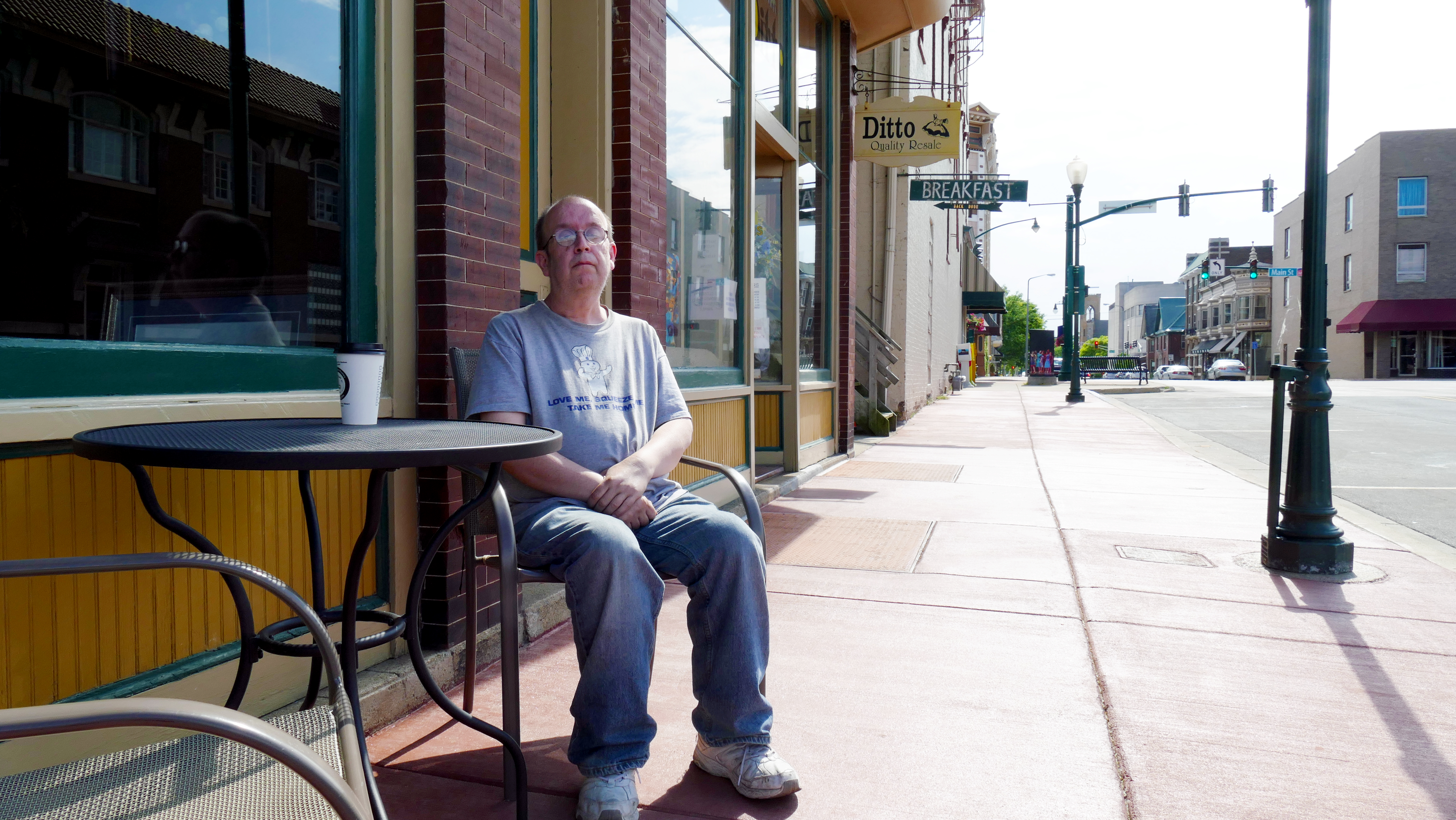 Steven Good, 52, is homeless and unemployed. He blamed President Obama for Elkhart’s struggles in recent years.

“He’s come to Elkhart a few times, and it seems like he’s done nothing to try and make things better. He made lots of announcements, but they were just words. Empty promises.” 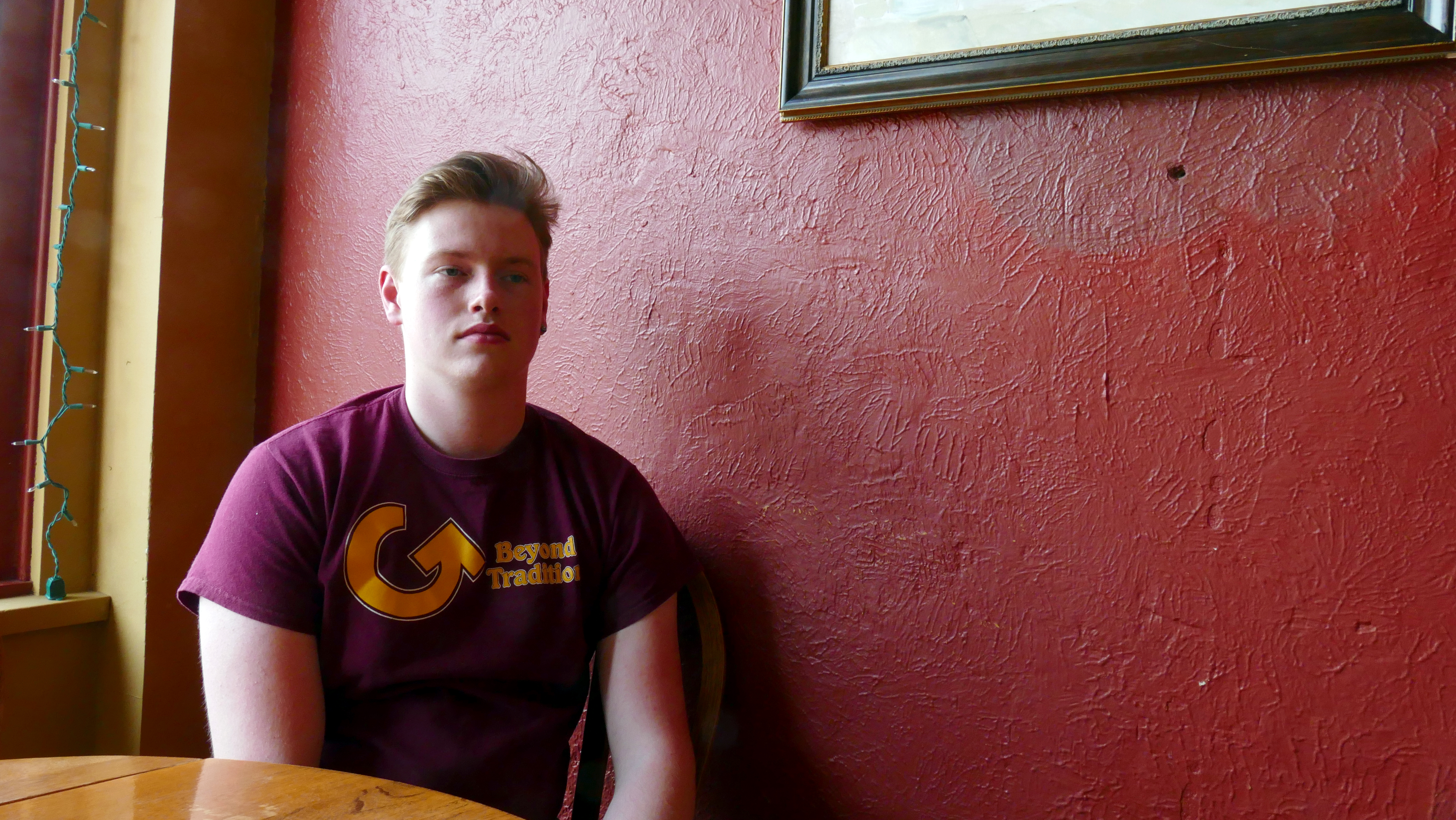 “I feel like Obama’s presidency was a historic moment, but I was ignorant of it, because I was so young I wasn’t aware of the history unfolding around me.”