BROOKLYN, N.Y. — The 2016 primary season spanned 14 long months and more than 5,000 miles, with rallies from Puerto Rico to California. But last night the two presumptive nominees stood just 40 miles apart: Trump at his golf course in suburban Westchester County, and Clinton at a vast greenhouse at the Brooklyn Navy Yard, where she spoke under a glass ceiling symbolizing her place in history as the country’s first female presidential nominee of a major party.

The two leaders of their parties each sought to look presidential — and to undermine the other, kicking off what is expected to be an ugly, highly personal battle for the White House. If you ignore those 40 miles of separation and put the two general-election speeches side-by-side, a portrait of two very different candidates emerges, though they both stuck to surprisingly similar themes.

Clinton railed against Wall Street and the role of money in politics, speaking for “an economy with more accountability where Wall Street cannot wreck Main Street again,” and where government “listens to the people, not the power brokers.” Clinton, who has often used the theme “Fighting for You” throughout her campaign, tried to appeal to voters’ frustration with Washington, saying, “So many of you feel like you are out there on your own, that no one has your back. Well I do… I will always have your back.“ 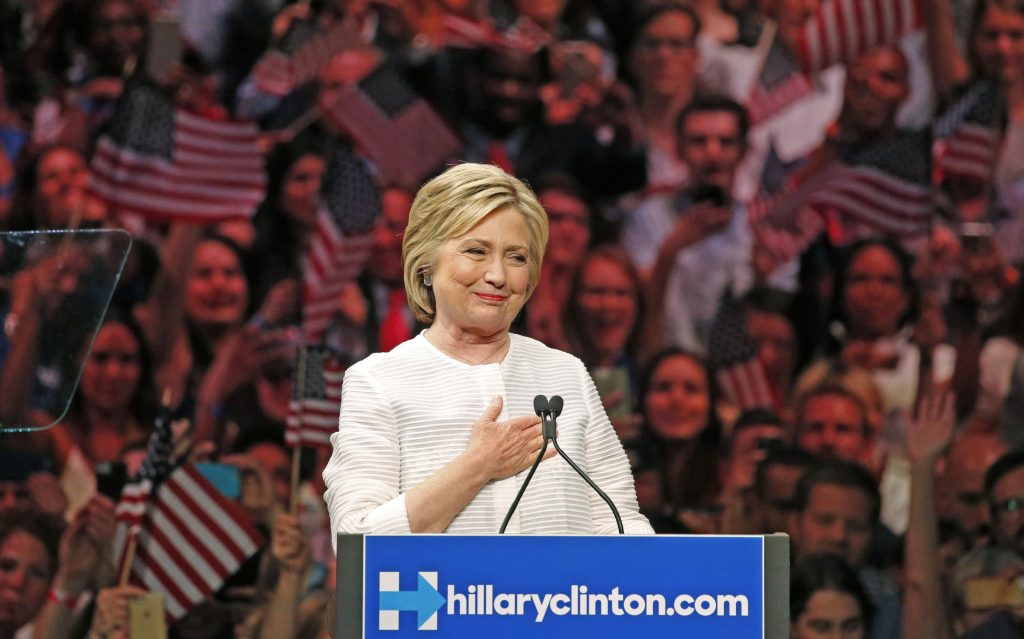 Trump presented himself as the anti-politician, promising that the campaign would not be about “Democrats and Republicans.” Instead, Trump said, “This is about who runs this country. The special interests or the people?” Trump also made a direct appeal to Bernie Sanders voters, who he said felt “left out of a rigged superdelegate system. We welcome you with open arms.” The comment highlighted the outsider theme of Trump’s campaign. “We can’t solve our problems by relying on the politicians who created the problems,” Trump said. The line recalled Ronald Reagan’s famous assertion that “government isn’t the solution to our problem; government is the problem.”

Clinton was brief but direct in her foreign policy challenge to Trump. “We believe that cooperation is better than conflict,” she told her supporters at the boisterous Brooklyn rally. “We’re stronger when we work with our allies around the world to keep us safe.” The comments underscored Clinton’s talk-it-out diplomatic approach versus Trump’s more stand-tough message. 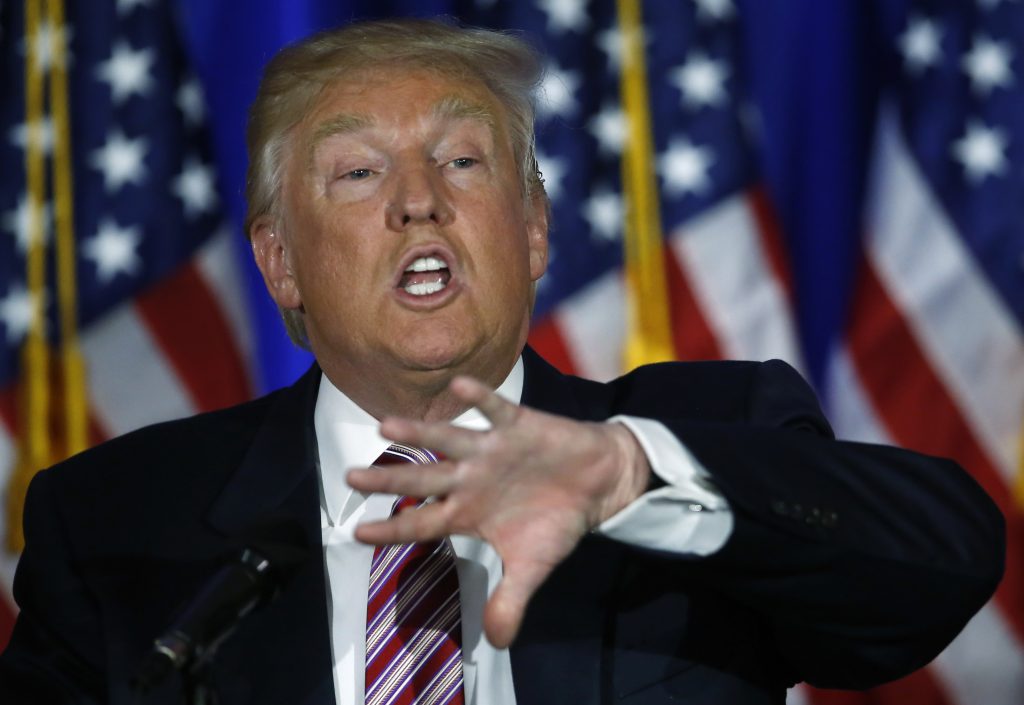 Trump did not mince words in the foreign policy portion of his speech. Under Clinton’s watch as secretary of state, he said, the U.S. “invaded Libya, destabilized Iraq, unleashed ISIS and threw Syria into chaos.” He also criticized the Iran nuclear deal, which he said would make the country a threat to the Middle East. Clinton and President Obama’s foreign policy approach, Trump said, “is wreaking havoc all over the world.”

Clinton, invoking one of her main themes of the night, said, “we all want a society that is tolerant, inclusive, and fair.” The comment set up one of her biggest crowd-pleasing lines: “[Donald Trump] is not just trying to build a wall between America and Mexico – he’s trying to wall off Americans from each other.” Clinton also touched on Trump’s recent criticism of a judge with Mexican heritage and turned to an ingrained fixture in American writing, the Pledge of Allegiance. “We teach our children that this is one nation under God, indivisible, with liberty and justice for all,” Clinton said, adding “not just for people who look a certain way or worship a certain way or love a certain way. For all.”

Trump to worried GOP leaders: ‘I will never, ever let you down’

Trump has drawn fire for months for controversial comments that have offended nearly every demographic group in America. Last night he tried to temper his image. On immigration, Trump said that his priority as president would be to protect the “jobs, wages and security of American workers,” and left out his plan to ban Muslim immigrants from entering the country. He also promised to “rebuild our inner cities, which are absolutely a shame and so sad.” But then he added, “We’re going to take care of our African-American people who have been mistreated for so long.” The line seemed similar to a comment Trump made at a recent rally where he said “look at my African-American over here,” which drew widespread condemnation.

Clinton stressed this as a critical dividing line in an urgent year. “This election is different. It really is about who we are as a nation,” she told her crowd. The Democrat spoke against tearing each other down, pointing to Trump’s sharp words about his opponents. “We have to be as big as the values that define America,” Clinton said, “And we are a big-hearted, fair-minded country.”

Trump said that his campaign was a “testament to all of the people who believed real change — not Obama change — but real change, is possible.” Trump didn’t elaborate, though he later added, “the beauty of America is that it brings us all together.” He ended his speech by saying that he planned to make communities “wealthy,” cities “safe” and the country “strong again.”