This Trump judicial nominee wouldn’t say if she agreed with Brown v. Board of Education

Another viral clip of a Trump judicial nominee is making the rounds on social media.

This time it concerns Wendy Vitter, whom President Donald Trump nominated for a federal judgeship in Louisiana. During a Senate hearing Wednesday, Vitter declined to directly answer a question from Sen. Richard Blumenthal, D-Conn., about whether or not she believed the Supreme Court was correct in its seminal 1954 decision Brown v. Board of Education.

The landmark case overturned the 1896 Plessy v. Ferguson decision, which upheld the constitutionality of segregated public facilities on the basis of the “separate but equal” doctrine.

“Do you believe that Brown v. Board of Education was correctly decided?” Blumenthal asked Vitter.

“I don’t mean to be coy, but I think I get into a difficult area when I start commenting on Supreme Court decisions which are correctly decided and which I may disagree with,” Vitter said. She added that the ruling was “binding” and that she would “of course” uphold it if confirmed to the bench.

As of Thursday afternoon, the clip of Vitter’s exchange on Brown had been viewed over 1.7 million views, and was retweeted over 13,000 times. It came several months after a video of another Trump nominee, Matthew Petersen, went viral when he failed to answer basic questions on court procedure during his confirmation hearing. Petersen withdrew his nomination less than a week later.

As his exchange with Vitter gained traction online, Blumenthal weighed in Thursday morning on Twitter. “Judges face many hard questions. This was not one of them. If you can’t affirm that the Supreme Court was right in desegregating schools, you don’t belong on the federal bench,” Blumenthal tweeted.

Vitter, the wife of former Louisiana senator David Vitter, is up for consideration for the New Orleans-based U.S. District Court for the Eastern District of Louisiana. She currently serves as general counsel for the Roman Catholic Archdiocese of New Orleans.

Nominees to the federal bench often decline to answer questions about Supreme Court precedent, because they risk commenting on matters that might come before them in the future.

Nominees to the federal bench often decline to answer questions about Supreme Court precedent, because they risk commenting on matters that might come before them in the future. As Vitter indicated several times Wednesday, lower court judges are also bound by Supreme Court decisions.

“Most modern judicial nominees employ the strategy of not commenting on any cases, past, present, or future—instead saying that it’s ‘settled law’ and ‘precedent’ and that the nominee’s views on it don’t matter,” said Ilya Shapiro, a senior fellow at the libertarian Cato Institute. “It’s frustrating, but that’s just how the incentives align.”

Nonetheless, Vitter was “too cute by more than half,” said Pam Karlan, a professor at Stanford Law school.

For federal judicial nominees, “there’s a sense that nothing you say is likely to help you get confirmed,” Karlan said. “I understand that. But I’d like to think, if it decreases your chance to say that de jure segregation is wrong, then I’d rather keep my old job.” 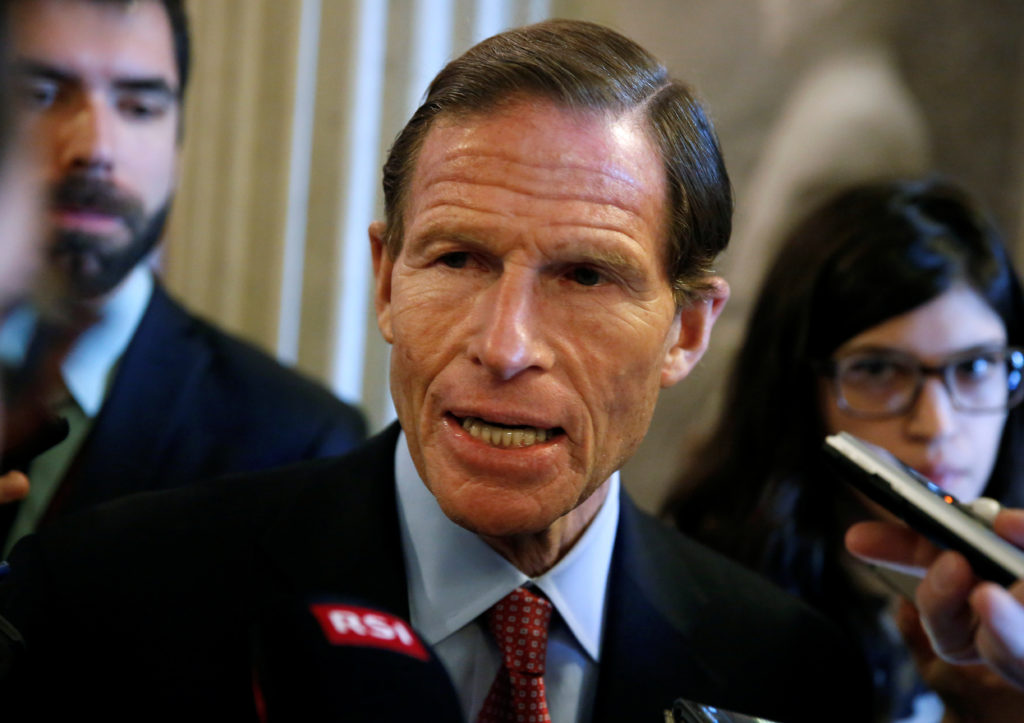 Sen. Senator Richard Blumenthal, D-Ct. His exchange with Wendy Vitter at her Senate confirmation hearing on April 11, 2018, went viral after Vitter refused to say she agreed with the Supreme Court ruling Brown v. Board. File photo by REUTERS/Joshua Roberts

Others said they were shocked Vitter refused to say she agreed with the Brown v. Board ruling.

“It is shocking that Wendy Vitter, a nominee for a lifetime judicial appointment, was unwilling to acknowledge that this historic Supreme Court decision was correctly decided,” said Kristine Lucius, the executive vice president for policy at the Leadership Conference on Civil and Human Rights, a group that has opposed VItter’s nomination.

Current justices on the Supreme Court were quizzed about their views of the Brown decision during their confirmation hearings.

Blumenthal raised the issue with Justice Neil Gorsuch during his confirmation hearing last March. Gorsuch called it a “seminal decision that got the original understanding of the 14th Amendment right.” He added that Plessy was a “dark, dark stain” on the Supreme Court’s history.

Current justices on the Supreme Court were quizzed about their views of the Brown decision during their confirmation hearings.

Chief Justice John Roberts’ also praised the decision during his confirmation hearing in 2005. “The genius of the decision was the recognition that the act of separating the students was where the violation was. And it rejected the defense — certainly, just a theoretical one given the actual record — that you could have equal facilities and equal treatment,” Roberts said at the time.

At her confirmation hearing Wednesday,senators questioned Vitter on past comments on abortion and women’s health. In a questionnaire Vitter submitted to the Senate Judiciary Committee before the hearing, she did not disclose her comment at a 2013 panel linking birth control to cancer and “a violent death.”

That same year, Vitter also claimed at an anti-Planned Parenthood rally that the women’s health organization killed “over 150,000 females a year.”

Vitter attempted to clarify her 2013 comments about birth control Wednesday, saying she was “not a medical professional” and meant to encourage people to speak to their own doctors. She also said that the “150,000 females” referred to aborted fetuses.

Vitter said she “would set aside any personal or religious views” about abortion if she gets confirmed.

If the Senate Judiciary Committee advances Vitter’s nomination for a floor vote, she would only need 51 votes to be confirmed to the federal bench.

Left: Wendy Vitter, the wife of former Sen. David Vitter, is sworn in during her confirmation hearing in the Senate Judiciary Committee to be United States District Judge for the Eastern District of Louisiana on Wednesday, April 11, 2018. (Photo By Bill Clark/CQ Roll Call)