PALM BEACH, Fla. — Denouncing the deadly attack on a Christmas market in Germany, President-elect Donald Trump renewed his vow to stop radical terror groups and appeared to suggest a willingness to move ahead with his campaign pledge to ban temporarily Muslim immigrants from coming to the United States.

Trump proposed the Muslim ban during the Republican primary campaign, drawing sharp criticism from both parties. During the general election, he shifted his rhetoric to focus on temporarily halting immigration from an unspecified list of countries with ties to terrorism, though he did not disavow the Muslim ban, which is still prominently displayed on his campaign website.

The president-elect, when asked Wednesday if the attack in Berlin would cause him to evaluate the proposed ban or a possible registry of Muslims in the United States, said “You know my plans. All along, I’ve been proven to be right, 100 percent correct.”

“What’s happening is disgraceful,” said Trump, who deemed the violence “an attack on humanity, and it’s got to be stopped.”

A transition spokesman said later Wednesday that Trump’s plans “might upset those with their heads stuck in the politically correct sand.”

“President-elect Trump has been clear that we will suspend admission of those from countries with high terrorism rates and apply a strict vetting procedure for those seeking entry in order to protect American lives,” spokesman Jason Miller said. But transition officials did not comment on whether Trump could also push for the overarching ban on Muslims.

The Islamic State group has claimed responsibility for Monday’s attack in Berlin that left 12 people dead and 48 injured. On Wednesday, German officials launched a Europe-wide manhunt for a “violent and armed” Tunisian man suspected in the killings.

Former Trump campaign manager Kellyanne Conway said during an interview with ABC on Thursday morning that Trump is “the guy out there saying we need extreme vetting policies, that we need to have a better system vis a vis countries that train, harbor and export terrorists.”

“He said during the campaign long after he originally proposed that that this would be more strictly tied to countries where we know they have a history of terrorism and that this is not a complete ban,” she added. 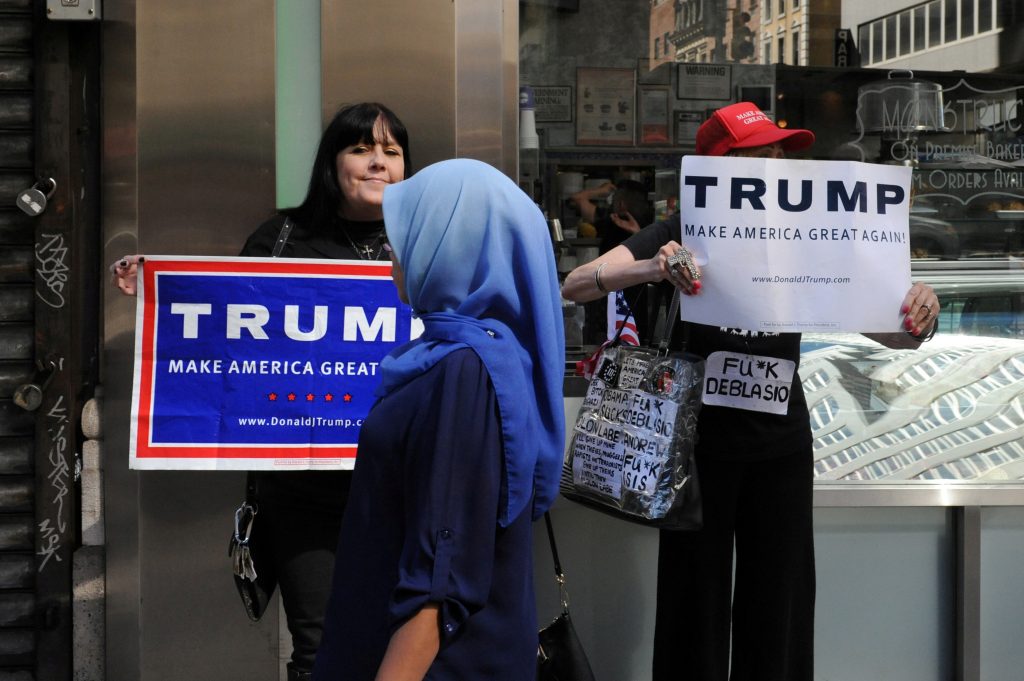 Trump’s transition team announced Thursday that Conway is headed to the White House, where she’ll serve as counselor to the president.

Trump, who addressed reporters for less than two minutes Wednesday outside his palatial South Florida estate, said he has not spoken to President Barack Obama since the attack. Aides said that he received the classified presidential daily intelligence briefing on Wednesday and met with incoming White House national security adviser Michael Flynn.

Trump was spending the final days of 2016 huddled with advisers at Mar-a-Lago, his grand resort in Palm Beach. He also met Wednesday with the heads of Boeing and Lockheed Martin, companies with high-dollar government contracts that Trump has criticized. Boeing has a contract to build two new Air Force One planes and Lockheed Martin builds the F-35 fighter jet.

Trump said of his meeting with Lockheed Martin CEO Marillyn Hewson, “It’s a little bit of a dance. We’re trying to get costs down.”

Dennis Muilenburg, CEO of Boeing, said his company was committed to working with Trump to lower costs on the Air Force One project. 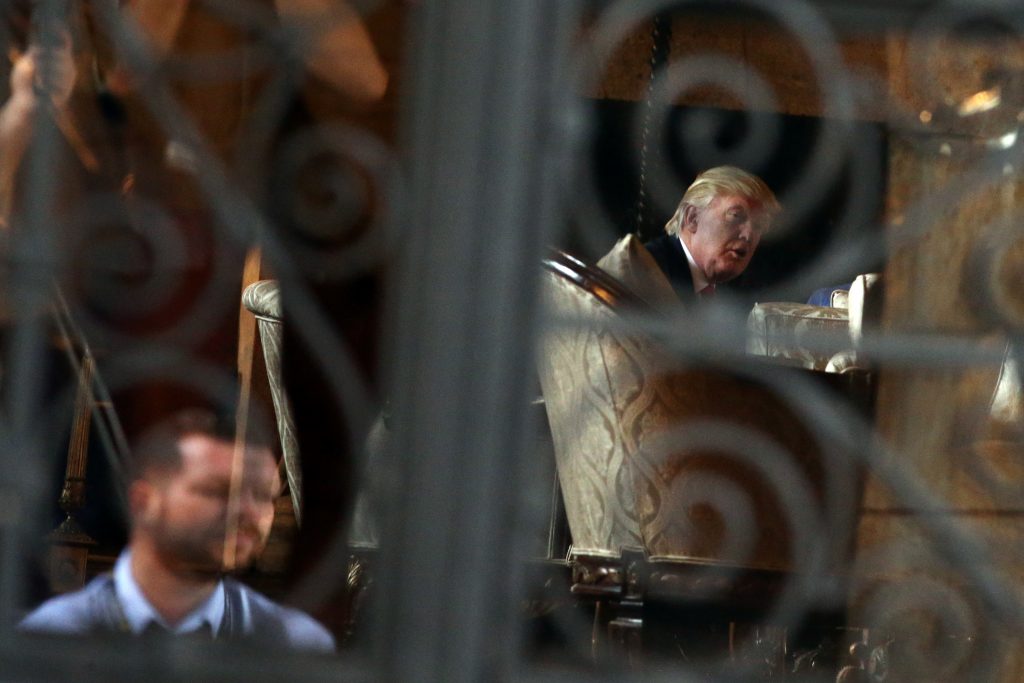 The president-elect was also finalizing his senior White House team, wrapping up a decision-making process that has been dogged by infighting among rival factions within Trump’s organization.

Conway, a pollster who served as Trump’s third campaign manager, is widely credited with helping guide him to victory. She is also a frequent guest on television news programs.

Conway “will continue her role as a close adviser to the president and will work with senior leadership” in the White House “to effectively message and execute the administration’s legislative priorities and actions,” the president-elect’s transition team said in a statement.

Trump praised Conway as “a tireless and tenacious advocate of my agenda” who has “amazing insights on how to effectively communicate our message.”

But some of Trump’s original campaign aides have expressed concern to the president-elect himself that they are getting boxed out in favor of those more closely aligned with incoming chief of staff Reince Priebus, former chairman of the Republican National Committee.

Among the early advisers who will not be joining Trump at the White House is Corey Lewandowski, his combative first campaign manager. But the operative won’t be far away — Lewandowski announced plans to start a political consulting firm with offices just a block away from the White House.

Lewandowski oversaw Trump’s campaign through the Republican primaries, but he clashed with the candidate’s family and was fired. Still, he remained close to Trump, talking with him frequently and showing up occasionally at the president-elect’s offices during the transition.

Lewandowski said he was offered “multiple opportunities” to join the administration, though people with knowledge of the process said those opportunities did not include senior positions in the West Wing.

The president-elect announced plans to hire economist Peter Navarro to run a new National Trade Council that will be housed in the White House. Navarro, author of “Death by China,” has endorsed a hard line approach toward relations with Beijing.

In a statement, the Trump transition team said the creation of the council “demonstrates the president-elect’s determination to make American manufacturing great again.”

Trump also named billionaire investor Carl Icahn as an adviser on regulatory reform, though the transition team said Icahn would not be serving as a federal government employee.

Meanwhile, Democrats were looking ahead to confirmation hearings for Trump’s Cabinet picks, including Steve Mnuchin, his nominee to lead the Treasury Department. Ohio Sen. Sherrod Brown sent Mnuchin a letter Wednesday asking him to explain his involvement with OneWest, a bank that critics have called a “foreclosure machine.”

Left: President-elect Donald Trump pauses as he talks to members of the media after a meeting with Pentagon officials at Mar-a-Lago estate in Palm Beach, Florida. Photo by Carlos Barria/Reuters