Trump and Farage’s alliance is more complicated than you think

Nigel Farage’s recent appearance at a Donald Trump rally in the deep South was not the product of a long-planned, behind-the-scenes effort to bring the Republican nominee and Brexit leader together on the campaign trail. Like so much with Trump, it was an unscripted last-minute change.

Farage, a prominent backer of Britain’s vote this year to leave the European Union, said he happened to be in Jackson, Mississippi last week to meet with state Republican leaders when he learned that he would overlap with Trump, who held a campaign rally in Jackson last Wednesday.

In a Daily Mail column published over the weekend, Farage wrote that he traveled to Mississippi at the invitation of Republican Gov. Phil Bryant, after a “chance meeting” with the state’s delegation at the Republican National Convention in July.

Bryant’s office confirmed that Farage traveled to the state at the governor’s invitation, and told the NewsHour that he was not invited in connection to the Trump campaign.

Farage said he didn’t even know Trump was planning to speak in Jackson until Bryant told him about the rally at an event the night before.

But when Farage received word that the campaign wanted him to speak at the rally, he said he jumped at the opportunity — even though he hadn’t prepared a speech and had never spoken at a campaign event in the United States.

“I come to you from the United Kingdom with a message of hope and a message of optimism,” Farage said the following night as he launched into his impromptu speech before 15,000 Trump supporters at the Mississippi Coliseum.

As Trump looked on from the stage, Farage drew a parallel between the real estate mogul’s campaign and Britain’s “Brexit” vote to leave the EU, which was driven by British voters worried about the country’s economy and immigration laws.

Farage helped lead the Brexit movement, though he was marginalized from the official Conservative Party-led Leave campaign and stepped down from his position as a leader of the United Kingdom Independence Party.

Trump broke ranks from many U.S. political figures by supporting Brexit and even praised the decision at a press conference during a visit to Scotland that coincided with the vote.

Farage and Trump’s apparently last-minute decision to campaign together was praised in conservative circles. But some longtime observers of U.S. and British relations have expressed doubt that the alliance will boost Trump’s standing with American voters.

Trump broke ranks from many U.S. political figures by supporting Brexit and even praised the decision during a visit to Scotland that coincided with the vote.

“Brexit has little resonance with U.S. voters who find it perplexing, or who simply haven’t noticed what is going on in Britain and Europe,” said Michael Leigh, a senior fellow at the German Marshall Fund of the United States. “The European Union has very low salience for U.S. voters.”

The joint appearance is also puzzling given Farage’s relative obscurity in the U.S., and his stated intention of stepping away from politics. In announcing his resignation from office in July, Farage said in a speech, “I want my life back, and it begins right now.”

But since then Farage has been active politically, at least in the U.S. He attended the RNC; met with Senator Bob Corker of Tennessee; and campaigned for Trump, in addition to giving numerous U.S. media interviews.

Farage did not endorse Trump at the rally in Mississippi, saying that it was not his place to tell American voters what to do. The comment was an implicit rebuke of President Obama, who drew criticism from some British leaders for urging UK voters to remain in the EU during a visit to Britain ahead of the vote.

Nevertheless, Farage attacked Hillary Clinton in the speech and voiced admiration for Trump, though he has distanced himself from some of Trump’s more controversial proposals. 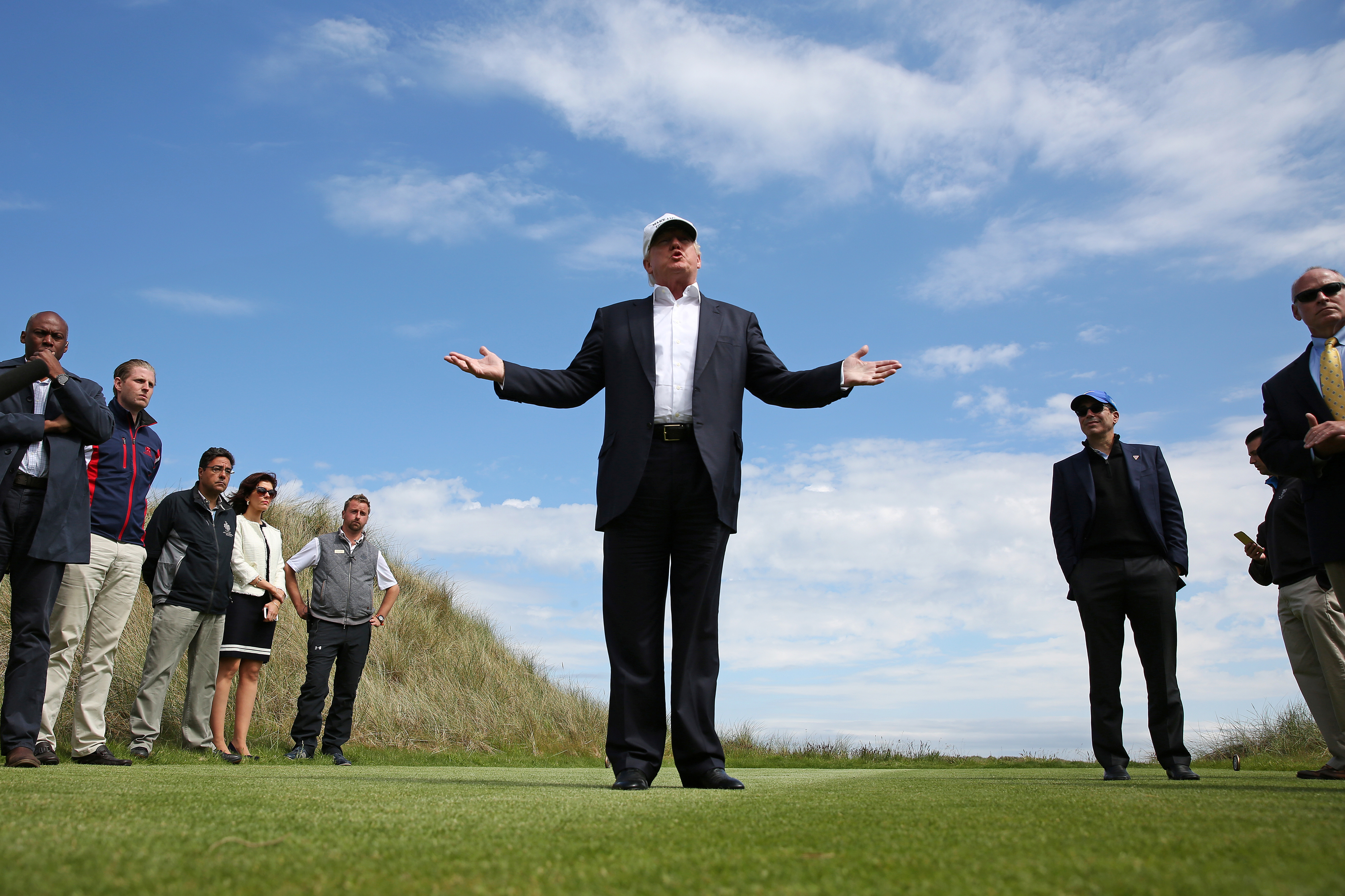 Clinton seized on Trump’s embrace of Farage in a speech a few days later, characterizing both men as “alt-right” figures who were part of a “rising tide of hardline, right-wing nationalism around the world.”

The Democratic nominee went on to name Russian President Vladimir Putin, who has been praised by both Trump and Farage, as “the grand godfather of this global brand of extreme nationalism.”

Their admiration for Putin aside, Farage and Trump do share several similarities.

“The Brexit movement and the Trump campaign both exploit those whom globalization has left behind,” said Leigh. “Both are economical with the truth and use populist slogans, stirring up fear of foreigners and nationalism.”

Frank Lorenz Müller, a historian based in Scotland, argued that Brexit supporters had the misconception that “large-scale immigration into the UK was the result of EU freedom of movement and could be dealt with if the UK left the EU.”

In pushing for Brexit, Farage appealed to working class voters’ fears about immigration even though, like Trump, he has a wealthy background, said Joe Twyman, Head of Political and Social Research for Europe, Middle East, Africa for YouGov.

“The Brexit movement and the Trump campaign both exploit those whom globalization has left behind.”

“[Farage] did this incredible trick of appealing to white working class people when he was a privately educated, former commercial trader,” Twyman said. “He is in many ways the antithesis of what his supporters are, in the same way that Trump is.”

But while both men have some similarities, Twyman said Farage has shown himself to be the more seasoned politician.

In the Daily Mail piece, Farage wrote that some of Trump’s controversial comments “have not looked good and left him open to accusations of extremism.”

And in an interview with SkyNews at the RNC, Farage said he felt “very uncomfortable” with comments Trump made in the primaries that encouraged his supporters to attack protesters at campaign events.

Farage also took issue with Trump’s proposed ban on Muslim immigrants entering the U.S. “We’re labeling a whole section of the community effectively as bad. And that’s not the way forward,” he said.

Moments after Farage left the stage, Trump heralded Farage as an underdog leader who made Brexit happen “despite all odds.” But then Trump touted his own chances of winning in November. “If I may, we had some tremendous polls come out today,” he said.