WASHINGTON — It was in Nevada, just about month ago, when Donald Trump proclaimed his affection for the uneducated.

He should love them.

Trump overwhelmingly leads his rivals for support among the less educated, and draws more modest backing from college graduates and those with postgraduate study, according to exit polls conducted for the Associated Press and television networks by Edison Research.

In an analysis of voters by education in states where exit or entrance polling is available, nearly half of those with high school diplomas or less schooling said they supported the billionaire. Just over 40 percent of those with some college study favored him. Texas Sen. Ted Cruz captured the next best showing among the two groups, with 27 and 28 percent, respectively.

What is it about Trump that he attracts such a strong showing among those who haven’t graduated from college?

“I think it is incorrect to look at the data and conclude that those voters are more ignorant,” Katherine Cramer, a political science professor at the University of Wisconsin-Madison, said in an interview. “Instead, there’s a strong correlation between having a college degree or not, and your economic situation in life.”

Cramer explains, “These are folks who have been feeling a real struggle to make ends meet for decades now and they see a candidate coming along who says to them, ‘You’re right. You’re not getting your fair share. It sucks. And I’m going to stand up for you.'”

“That’s really appealing to people,” Cramer said before Tuesday’s primary in Wisconsin, where Cruz is leading Trump in polls. 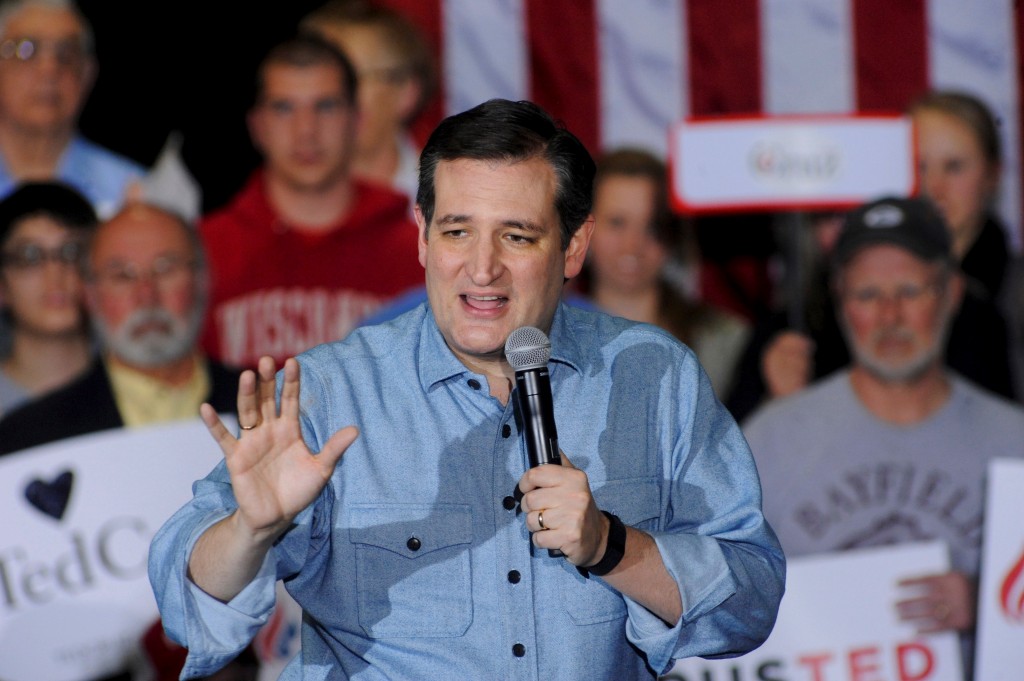 Exit polls from most of the primaries and caucuses held to date show Trump has trailed among voters having a high school degree or less in only one state where data is available so far. Cruz led in his home state of Texas. The high school graduate sample size wasn’t large enough in Massachusetts and Vermont for a solid measure.

Trump’s state-by-state performance wasn’t nearly as strong among those with some college or an associate’s degree.

“A lot of people have underestimated Trump because they expect a candidate to do things in a certain way. And because he breaks the mold on that in some respects, they miss when he’s making these appeals that speak directly to the voters,” he said.

Case in point, says McDonald, was the Republican debate in Manchester, New Hampshire, in February.

Trump and former Florida Gov. Jeb Bush got into a testy exchange over their positions on eminent domain, the process by which the government takes private property for public use.

Trump drew boos from the audience when he dismissed Bush saying, “Let me talk, quiet,” and he then told the crowd that the booing was coming from “donors and special interests” in the audience – pressing his populist, anti-establishment message.

Cramer calls it the “politics of resentment,” when a candidate taps into the economic stress and gives people something concrete to blame. “Trump is able to direct people’s profound uneasiness with their situation in life at a target” – the government, trade policies, or a group of people.

Across all the states with data available, Trump was supported by 35 percent of college graduates, sharply off his 47 percent of those with a high school education or less. Still, in many states Trump has led even among the college-educated.

By comparison, support for Cruz hasn’t varied much by education, while those with postgraduate studies have been more likely than those with less education to support Ohio Gov. John Kasich. Kasich has led the postgraduate vote in three states – Michigan, Ohio and Vermont.