Trump says delaying State of the Union would be ‘so very sad.’ Read his full letter to Pelosi

WASHINGTON — President Donald Trump says he is planning to deliver his State of the Union address next week in front of a joint session of Congress — despite House Speaker Nancy Pelosi’s request that he delay.

Trump issued a letter to Pelosi on Wednesday. In it he dismisses her suggestion the speech should be postponed or delivered in writing due to security issues related to the partial government shutdown. Declaring there are “no security concerns,” Trump says he will fulfill his “Constitutional duty.”

Trump adds that it would be “so very sad” for the country if the address is not given as planned on Jan. 29.

Pelosi last week cited the impact of the ongoing shutdown on the Department of Homeland Security and the U.S. Secret Service. Homeland Security Secretary Kirstjen Nielsen said the agencies were prepared to support the speech. 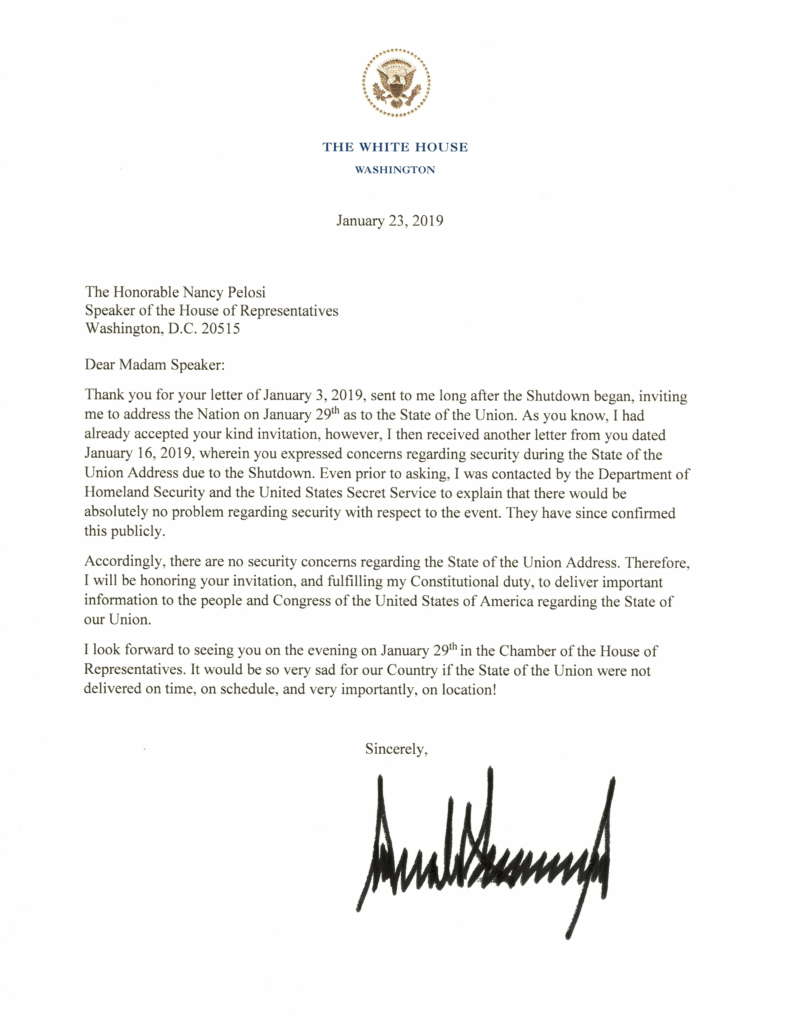 READ MORE: How this shutdown compares to every other since 1976

Left: U.S. President Donald Trump waves as he as walks on the South Lawn of the White House upon his return to Washington from Dover, Delaware on January 19, 2019. Photo by Yuri Gripas/Reuters

How the State of the Union became ‘leverage’ in shutdown debate