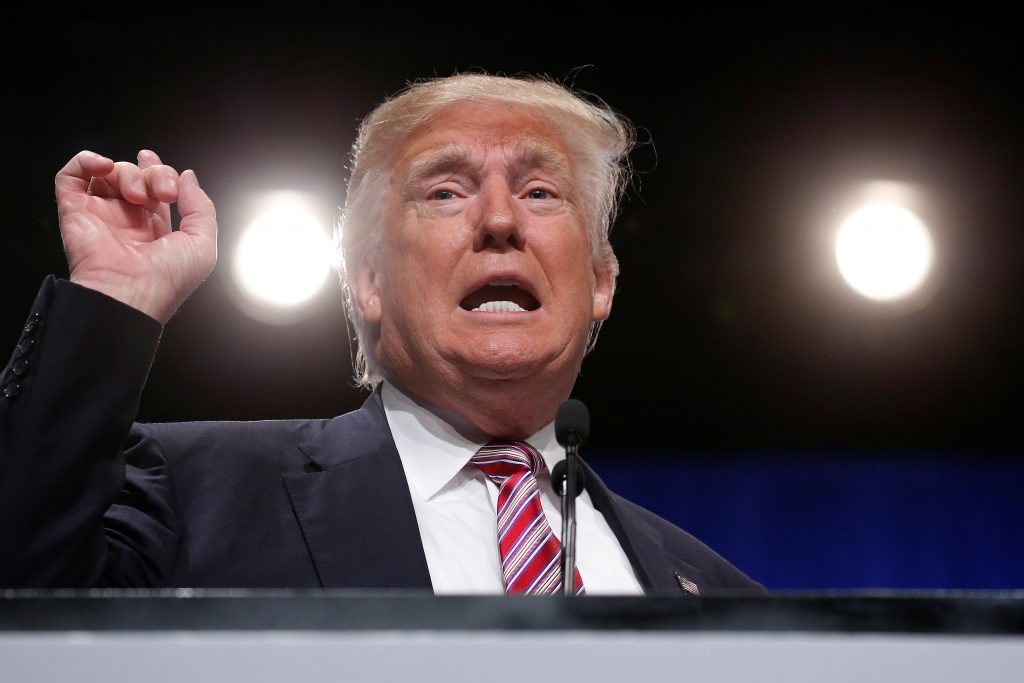 WASHINGTON — The “America First” president who vowed to extricate America from onerous overseas commitments appears to be warming up to the view that when it comes to global agreements, a deal’s a deal.

From NAFTA to the Iran nuclear agreement to the Paris climate accord, President Donald Trump’s campaign rhetoric is colliding with the reality of governing. Despite repeated pledges to rip up, renegotiate or otherwise alter them, the U.S. has yet to withdraw from any of these economic, environmental or national security deals, as Trump’s past criticism turns to tacit embrace of several key elements of U.S. foreign policy.

The administration says it is reviewing these accords and could still pull out of them.

The administration says it is reviewing these accords and could still pull out of them. A day after certifying Iran’s compliance with the nuclear deal, Secretary of State Rex Tillerson attacked the accord and listed examples of Iran’s bad behavior. His tone suggested that even if Iran is fulfilling the letter of its nuclear commitments, the deal remains on unsure footing.

Yet with one exception — an Asia-Pacific trade deal that already had stalled in Congress — Trump’s administration quietly has laid the groundwork to honor the international architecture of deals it has inherited. It’s a sharp shift from the days when Trump was declaring the end of a global-minded America that negotiates away its interests and subsidizes foreigners’ security and prosperity.

Trump had called the Iran deal the “worst” ever, and claimed climate change was a hoax. But in place of action, the Trump administration is only reviewing these agreements, as it is doing with much of American foreign policy.

Douglas Brinkley, a presidential historian at Rice University, said Trump may be allowing himself to argue in the future that existing deals can be improved without being totally discarded. “That allows him to tell his base that he’s getting a better deal than Bush or Obama got, and yet reassure these institutions that it’s really all being done with a nod and a wink, that Trump doesn’t mean what he says,” Brinkley said.

So far, there’s been no major revolt from Trump supporters, despite their expectation he would be an agent of disruption. This week’s reaffirmations of the status quo came via Tillerson’s certification of Iran upholding its nuclear deal obligations and the administration delaying a decision on whether to withdraw from the Paris climate accord.

The president had previously spoken about dismantling or withdrawing from both agreements as part of his vision, explained in his inaugural address, that “every decision on trade, on taxes, on immigration, on foreign affairs will be made to benefit American workers and American families.”

The president had previously spoken about dismantling or withdrawing from both agreements as part of his vision, explained in his inaugural address, that “every decision on trade, on taxes, on immigration, on foreign affairs will be made to benefit American workers and American families.”

The Iran certification, made 90 minutes before a midnight Tuesday deadline, means Tehran will continue to enjoy relief from U.S. nuclear sanctions. Among the anti-deal crowd Trump wooed in his presidential bid, the administration’s decision is fueling concerns that Trump may let the 2015 accord stand.

Tillerson on Wednesday sought to head off any criticism that the administration was being easy on Iran, describing a broad administration review of Iran policy that includes the nuclear deal and examines if sanctions relief serves U.S. interests. The seven-nation nuclear deal, he said, “fails to achieve the objective of a non-nuclear Iran” and “only delays their goal of becoming a nuclear state.”

On the climate agreement, the White House postponed a meeting Tuesday where top aides were to have hashed out differences on what to do about the non-binding international deal forged in Paris in December 2015. The agreement allowed rich and poor countries to set their own goals to reduce carbon dioxide and went into effect last November, after the U.S., China and other countries ratified it. Not all of Trump’s advisers share his skeptical views on climate change — or the Paris pact.

Now his administration is only focused on marginal changes that would preserve much of the existing agreement, according to draft guidelines that Trump’s trade envoy sent to Congress.

Trump’s position on trade deals also has evolved. He had promised to jettison the North American Free Trade Agreement with Mexico and Canada unless he could substantially renegotiate it in America’s favor, blaming NAFTA for devastating the U.S. manufacturing industry by incentivizing the use of cheap labor in Mexico.

Now his administration is only focused on marginal changes that would preserve much of the existing agreement, according to draft guidelines that Trump’s trade envoy sent to Congress. The proposal included a controversial provision that lets companies challenge national trade laws through private tribunals.

Trump has followed through with a pledge to pull the U.S. out of the Trans-Pacific Partnership, a sweeping free trade deal President Barack Obama negotiated. The agreement was effectively dead before Trump took office after Congress refused to ratify it. Even Trump’s Democratic opponent in the presidential race, Hillary Clinton, opposed the accord.

But on NATO, Trump has completely backed off his assertions that the treaty organization is “obsolete.” His Cabinet members have fanned out to foreign capitals to show America’s support for the alliance and his administration now describes the 28-nation body as a pillar of Western security.