WASHINGTON — President Donald Trump’s agenda has slowed to a crawl in Congress.

Daily distractions and a pair of major controversies in the past week are diverting lawmakers from their day jobs. While the Trump administration delegates many decisions on legislation to more experienced GOP leaders in Congress, Trump’s low poll ratings and the turmoil at the White House are additional complications.

“I think it would be helpful to have less drama emanating from the White House,” Senate Majority Leader Mitch McConnell, R-Ky, said.

What GOP senators and House members aren’t doing right now is passing major legislation, and it’s not just the marquee items like health care and a tax overhaul that are dragging.

“I think it would be helpful to have less drama emanating from the White House.”- Senate Majority Leader Mitch McConnell.

The Senate has no legislation on its agenda this week — business is instead limited to three low-profile nominations. The House — fresh off an 11-day recess — is devoting the week to mostly symbolic, feel-good legislation designed to show support for law enforcement. Another 11-day recess, for Memorial Day this time, is just around the corner.

Separately, a small group of Senate Republicans is meeting in hopes of finding a way forward on keeping Trump’s promise to repeal and replace the Affordable Care Act. But that effort appears likely to take several weeks — with no guarantee of success.

“It’s hard to make things happen here, right? It’s really hard. I mean you’ve got all kinds of forces working against you,” Sen. Bob Corker, R-Tenn, said. “And so unless everybody’s aligned, everybody, throughout the White House and the Cabinet, it’s almost impossible. I think they’re all very aware of that and hopefully they’re going to move to address that.”

In the meantime, must-do legislation on the military, children’s health and a full slate of spending bills are all slipping behind schedule. Trump’s promised wall along the U.S.-Mexico border is dead in the water after being rejected during negotiations on a catchall spending bill — the only major bipartisan legislation to advance this year — and his promised $1 trillion infrastructure bill is still on the drawing board. 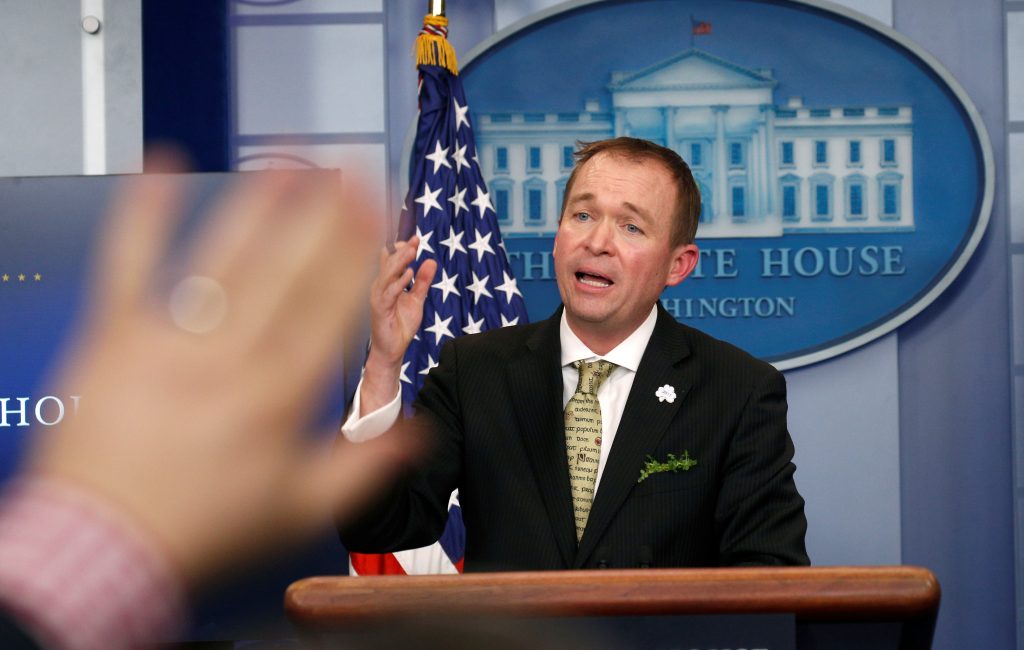 Trump’s tax plan is simply a set of talking points and for procedural reasons is on hold until health care is completed.

“I don’t think I’ve ever seen an administration that was so lacking is substantive proposals this late in the beginning of their term,” No. 2 House Democrat Steny Hoyer of Maryland said. “The tax bill is a one-page minimal suggestion of what might be considered. There is no jobs bill. There is no infrastructure bill.”

And while lawmakers and the Trump administration are spinning their wheels, the clock ticks toward potential crises this fall, as deadlines collide on several measures, including legislation to prevent a government shutdown and a bill to increase the government’s borrowing cap and avert a potentially catastrophic default on U.S. government obligations. A popular program that provides health care to children of parents ineligible for Medicaid expires at the end of September, as does the federal flood insurance program and authorization for the Federal Aviation Administration.

Work on a congressional budget measure — which is the linchpin to follow-up legislation to cut tax rates — is months behind schedule. The House and Senate Appropriations panels, typically a swarm of activity at this time of the year, seem stumped as they await marching orders.

Trump’s budget finally arrives next week, promising a balanced federal ledger within 10 years. But the Trump budget could complicate matters more, in large part because it calls for domestic cuts that lawmakers have no interest in. Trump doesn’t appear very interested in the budget — its release has been scheduled for when he’s out of the country — and its promise of balance rests on rosy assumptions of economic growth and a sweeping round of unrealistic cuts to programs like Medicaid.

The GOP-controlled Congress has had just a handful of legislative successes since it convened in January. The most significant bill, so far, was a long-delayed House health care measure that squeaked through earlier this month. The House bill polls poorly with voters, however, and faces a wholesale rewrite in the Senate.

The Trump budget could complicate matters more, in large part because it calls for domestic cuts that lawmakers have no interest in.

So far, just a single piece of major legislation has advanced that required the votes of Democrats — a catchall $1.1 trillion spending bill opposed by more than 100 House Republicans. Beyond that, many of the bills Trump has signed into law were fast-track measures to rescind regulations issued by former President Barack Obama last year. The clock ran out on further repeals and this week, the biggest Senate vote is on confirming Iowa GOP Gov. Terry Branstad as ambassador to China.

“Well, we have nominations and we’ve repealed billions of dollars of regulations,” said Sen. Cory Gardner, R-Colo. “Hopefully we’ll see some other action come to the floor.”