Trump’s most misleading claims about Canada

But as part of the trade dispute, Trump has also stirred tension with one ally in particular — Canada — through a series of misleading or false claims about the country’s economy and history with the U.S. Trump’s comments have led to several reportedly tense conversations between Trump and Canadian Prime Minister Justin Trudeau.

Trump and Trudeau are among the leaders meeting today at the G-7 in Quebec. As the meeting kicks off, here’s a quick look at some of the claims Trump has made about Canada.

“Didn’t you guys burn down the White House?”

According to CNN, Trudeau asked Trump how he justified imposing tariffs as a national security issue during a May 25 phone call. In the exchange Trump reportedly said, “Didn’t you guys burn down the White House?”

It seems that Trump was referring to the War of 1812, a conflict caused by Britain and France’s attempts to restrict U.S. trade as a part of the Napoleonic Wars. But the charge is not true. While Canada and its territories were allies of the British, it was the British who captured the United States capitol and burned down the White House in 1814. 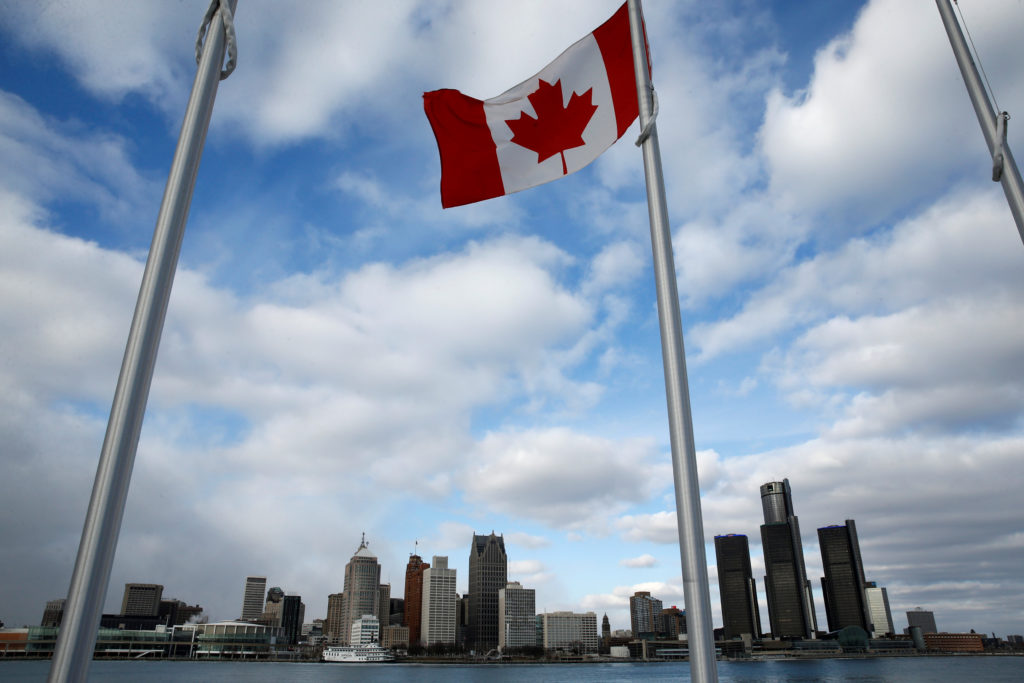 A Canadian flag flutters in front of the Detroit skyline, as seen from Windsor, Onatario, Canada. President Donald Trump has stirred tension with Canada by making misleading claims about the country’s economy. File photo by REUTERS/Jonathan Ernst

The U.S. had an overall $8.4 billion surplus in goods and services with Canada in 2017.

Trump made headlines in March when he admitted in a speech at a private fundraising event in Missouri that he didn’t know if his claims of a trade deficit with Canada were true. According to the Washington Post, which published an account of the speech, Trump described making the claim during a phone call with Trudeau despite not knowing if he was right. “I didn’t even know,” Trump said. “I had no idea.”

The Trump administration’s claims that its trade is tied to national security is less of a hard fact than a political argument. But it’s nonetheless one that critics have taken issue with, making it relevant here.

The administration cited national security concerns in its decision to impose the tariffs on Canada, Mexico and the European Union. Specifically, the administration invoked a provision of the Trade Expansion Act of 1962, known as Section 232, that allows the U.S. to investigate the “ the effects on the national security of imports.” A Defense Department investigation concluded that “unfair trade practices” have “intentionally eroded” the country’s innovation and manufacturing industry, posing a risk to the United States’ national security.

Canada and other allies have vigorously pushed back, arguing that trade between the U.S. and its allies has no impact on national security. “The idea that we are somehow a national security threat to the United States is, quite frankly, insulting and unacceptable,” Trudeau said in an interview with NBC Sunday.