“I know what you’re going to ask,” Ellison’s gynecologist told her. “I will have all the information regarding IUDs ready, so you can make an educated decision and not a scared decision.”

Ellison isn’t alone. Now that President-elect Donald Trump’s campaign promise to repeal the Affordable Care Act could become a reality, women around the country have expressed growing concerns about their ability to afford and access birth control while Trump is in office. And in the past two weeks, many have taken steps to alter their contraceptive care.

The 2010 health care law, which is better known as Obamacare, required private and public insurers to eliminate co-pays for a majority of birth control options, effectively making birth control free or low cost.

All of this could change once Trump takes office, though quickly repealing and replacing Obamacare, as the president-elect has promised to do, would be a challenge. Trump has said since the election that he would like to keep the parts of the plan that ensure coverage for patients with pre-existing conditions and extend insurance for people up to age 26.

“Women around the country have expressed growing concerns about their ability to afford and access birth control while Trump is in office.”

Trump’s current health care plan does not mention women’s health care in general or female reproductive care access in particular. But during the campaign, Trump promised to defund Planned Parenthood. He also said that he supported punishing women who had abortions, though he later walked the comment back after a wave of criticism.

Gretchen Borchelt, the vice president for reproductive rights and health at the National Women’s Law Center, said Trump’s victory has brought health care and contraception policy into sharp focus for many women.

Dismantling the health care law would compromise the “tremendous progress” made under President Obama, Borchelt said, often in the face of attempts by state legislatures “to restrict and keep women from accessing abortion and birth control.”

The health care law was a game-changer for women like Ellison, 26, who cannot afford the private insurance offered by the hospital where she works.

Ellison signed up for Obamacare and depends on the health care law to pay for her birth control. Ellison suffers from polycystic ovarian syndrome, an endocrine disorder. Treatments other than the pill caused her more pain and put her at greater risk for cystic ruptures, she said. She has serious concerns that a Trump presidency would compromise her ability to manage her disorder, she said.

“No one has heard of a plan yet. You’re saying you’ll take away” Obamacare, Ellison said of Trump, “but you’re not telling what you’ll do to replace it.”

After speaking with her gynecologist, Ellison scheduled an exam next month to explore her options.

The day after the election, Juliette Bell also placed a call to her gynecologist.

Bell, who lives in a Washington D.C. suburb, started taking contraceptives in high school to alleviate debilitating menstrual pain, and recently switched to the Skyla IUD, which lasts for three years.

“I know I’m covered at an affordable price for three years,” said Bell, who is covered under the Maryland Health Exchange, which was created through the health care law. “So it’s something that I value, and I want to protect myself while I can.” 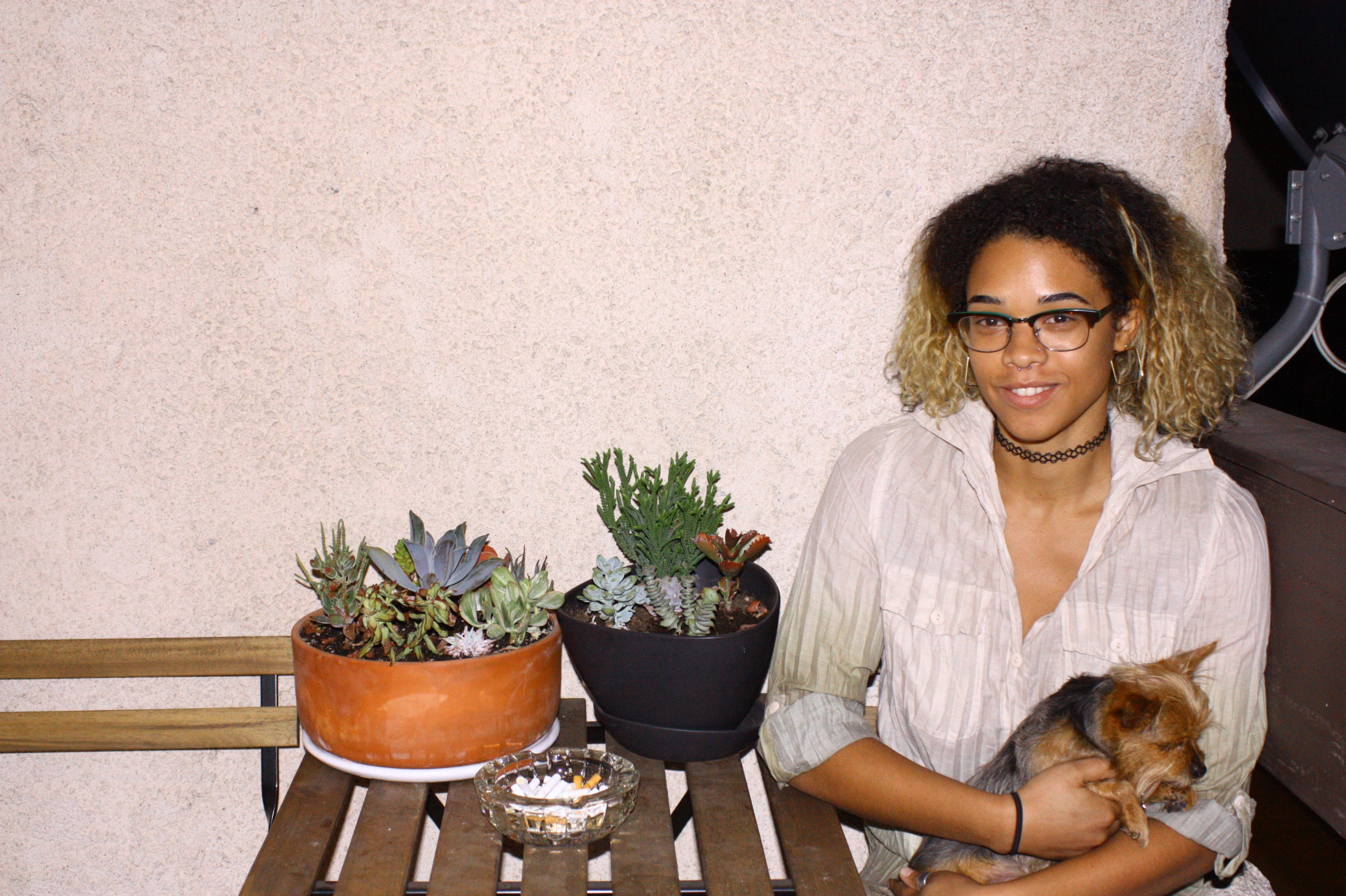 Cerise Castle, 23, believes federally subsidized health insurance should include coverage for contraception. “I am not a sponge of the system,” Castle said. “I consider myself a hard working, ambitious and valued worker.” Photo by Spencer Fields.

And across the country, in California, Cerise Castle said she also started exploring new birth control options after Trump won the election.

Castle takes hormonal birth control to manage her endometriosis, a painful disorder that causes the tissue that normally lines the inside of the uterus to grow outside of the uterus. Her contraception is covered through Obamacare.

Castle said she believed the federal government should continue providing the service. “I am not a sponge of the system,” Castle said. “I consider myself a hard working, ambitious and valued worker.”

Presidential elections often bring changes in health care, especially when one party replaces another in the White House, said Andrea Miller, president of the National Institute for Reproductive Health.

The health care policy changes from President Obama to Donald Trump could be stark.

In 2005, after George W. Bush won re-election, the Food and Drug Administration battled to limit over-the-counter sales of emergency birth control, commonly referred to as the morning-after pill, stalling approval of the drug for several years. The agency approved a version of the drug in 2010, two years after Bush left office, and in 2013, the Obama administration ended age restrictions for the morning-after pill.

The health care policy changes from President Obama to Donald Trump could be stark, Miller said. The president “has one of the biggest bully pulpits anywhere,” said Miller, “to set [the] tone and tenure of this discourse.”

Any changes in contraception access under Trump will likely be part of a broader debate over abortion and the direction of the Supreme Court. Trump has vowed to fill Antonin Scalia’s vacant seat with a conservative justice who opposes abortion and might rule in favor of rolling back Roe vs. Wade, the landmark 1973 case that legalized abortion.

A more conservative Supreme Court could also take up non-abortion related cases that restrict access to contraception. In the 2014 case Burwell v. Hobby Lobby, for example, the Supreme Court ruled that closely-held for-profit corporations with religious affiliations were not required to pay for contraception coverage for employees.

The Supreme Court also took up Zubik v. Burwell, a separate case that would have extended the religious exemption to a wider range of non-profit organizations, last year. The court sent the case back to several courts of appeals for reconsideration.

During the campaign, one of Mr. Trump’s few comments about reproductive health came in the form of a graphic condemnation of abortion in the final presidential debate. “In the ninth month, you can take the baby and rip the baby out of the womb of the mother just prior to the birth of the baby,” Trump said.

Health care providers said Trump’s descriptions of abortion at the debate were medically incorrect. Nevertheless, the debate, and Trump’s subsequent victory, have energized pro-life organizations and others who oppose federally subsidized birth control through Obamacare.

Ann Scheidler, the vice president of the Pro-Life Action League, said if Trump removed birth control coverage from the health care law, the change would “be a positive” step in the right direction. 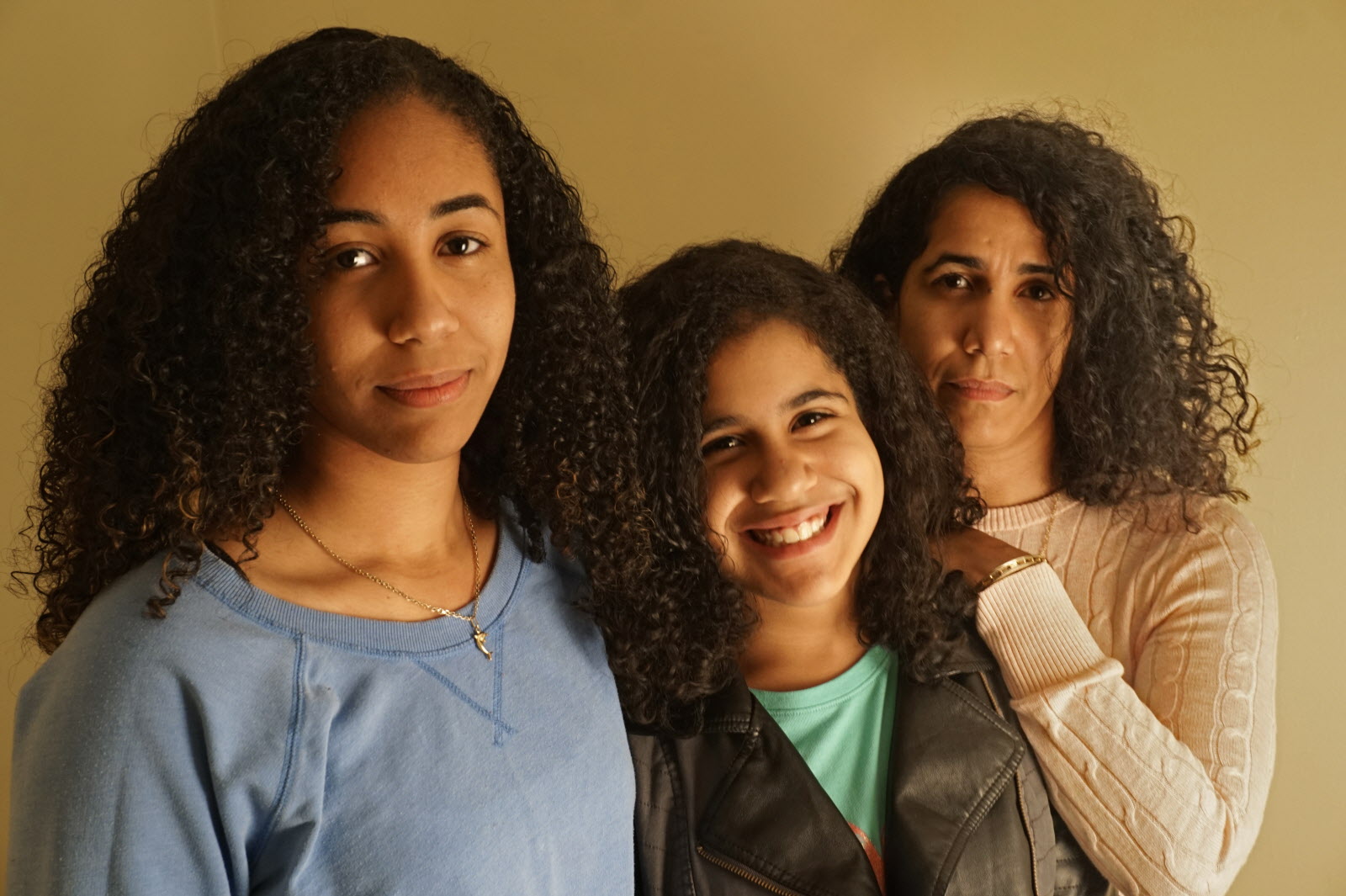 Romona Santos, far right, with her daughters Esther, 20, and Rachel, 11. Santos said she was worried contraception costs will rise in coming years. Photo courtesy of The Providence Journal/Sandor Bodo

With Trump’s inauguration less than two months away, both sides are lining up for the coming fight over contraception and abortion rights. But it could take several months, if not longer, for the Trump administration’s health care policies to take effect.

In the meantime, policy experts said they were already worried that any changes in health care coverage would disproportionately affect women of color and immigrants.

Obamacare “allowed people who have never had affordable health care coverage to finally have it for themselves and their families,” said Marcella Howe, the executive director of the advocacy group National Black Women’s Reproductive Justice Agenda.

Mona Huron, a 23-year-old nursing assistant who lives in Los Angeles, is single and said she takes birth control because she’s sexually active. But Huron, who is Latina and grew up in a low-income family, said she would have difficulty affording birth control on her own.

“I won’t take birth control pills if I have to pay for it,” Huron said.

And Ramona Santos, an immigrant from the Dominican Republic whose family is covered under Obamacare, said she worries for her eldest daughter, who is 20. Santos, who lives in Rhode Island, said she was already planning alternative ways to ensure that her daughter has access to contraception.

“If I have to go to the Dominican [Republic] and buy them, I will,” Santos said. “I’m going to make sure that she gets it one way or another.”

Left: Donald Trump's victory has sparked concerns among many women, including Juliette Bell, over the future accessibility and cost of contraception. "It's something that I value," said Bell, who lives outside of Washington, D.C. "I want to protect myself while I can." Photo by Abbey Oldham.